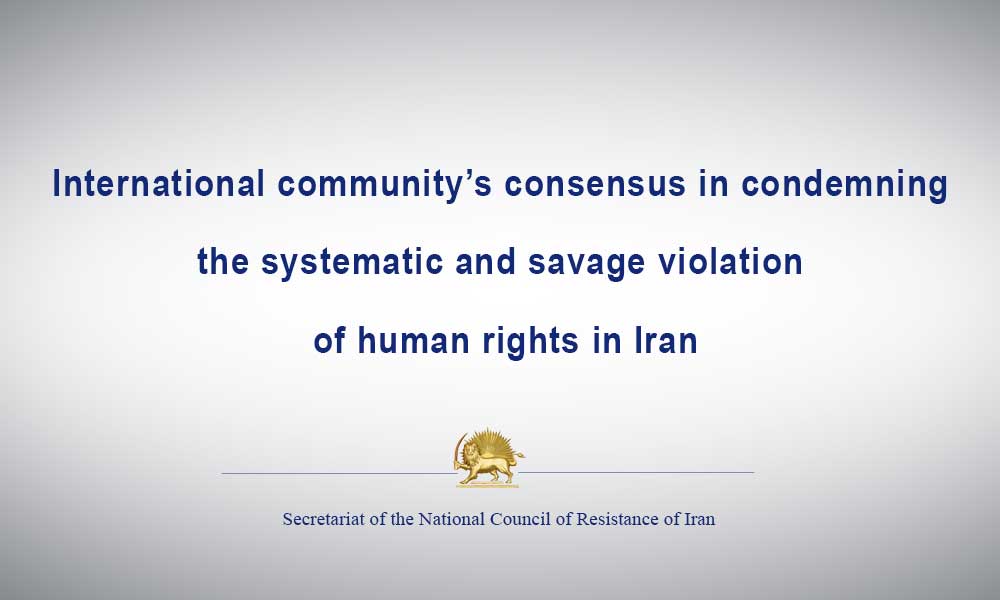 discard the inhumane regime and enforce comprehensive sanctions against it, Maryam Rajavi stated.discard the inhumane regime and enforce comprehensive sanctions against it, Maryam Rajavi stated.
Welcoming the 58th resolution passed by the Third Committee of the United Nations General Assembly to condemn human rights violations in Iran, Maryam Rajavi, stated although this resolution mentions more aspects of the Iranian regime’s crimes compared with those in previous years, it is still insufficient and does not present the true picture of the horrifying crimes committed by the mullahs against Iranian people. However, it illustrates the international community’s abhorrence against the religious fascism ruling Iran and requires the whole world family to discard this regime more than ever.
The extensive efforts of the clerical regime, its agents and its allies in the United Nations to stop the resolution to be passed got to no where and compared with previous years there were a greater number of countries to vote for it and less countries to vote against.
Developments of the past months such as the revelations made on mullahs terrorist plans in various countries from the United States to Iraq and Bahrain, and its criminal interference in Syria and elsewhere, the International Atomic Energy Agency admitting the mullahs’ ominous intentions for obtaining nuclear weapon as well as intensifying suppression inside Iran, all indicate that the international community’s tolerance for mullahs’ crimes and lawbreaking has resulted in nothing but emboldening them to carry out further crimes.
With its huge criminal record including mass killing, execution of 120,000 political prisoners, arresting and torturing thousands more, taking hostage elderly and sick parents of the PMOI members in Camp Ashraf, elimination and torturing to death of political prisoners that have not bowed to the mullahs, the clerical regime does not merit being a member of the world family and should be discarded from the international community.
The president-elect of the Iranian Resistance called on international community to strictly ban any oil and gas trade with this regime due to its crimes against Iranian people and systematic and savage violations of human rights. They should no more participate in providing fuel to the regime’s suppression and terrorism apparatus particularly because the economical interest in trading with this regime together with technological exports to Iran is only used for suppression and killing of the Iranian people and strengthening the Revolutionary Guards. Any hesitation to strictly sanction the regime willingly or unwillingly would both jeopardize peace in the Middle East and the whole world and help in suppressing and killing the Iranian people. The file of the religious fascism should be referred to the UN Security Council and its leaders should be prosecuted in international tribunals for crime against humanity.
Secretariat of the National Council of Resistance of Iran