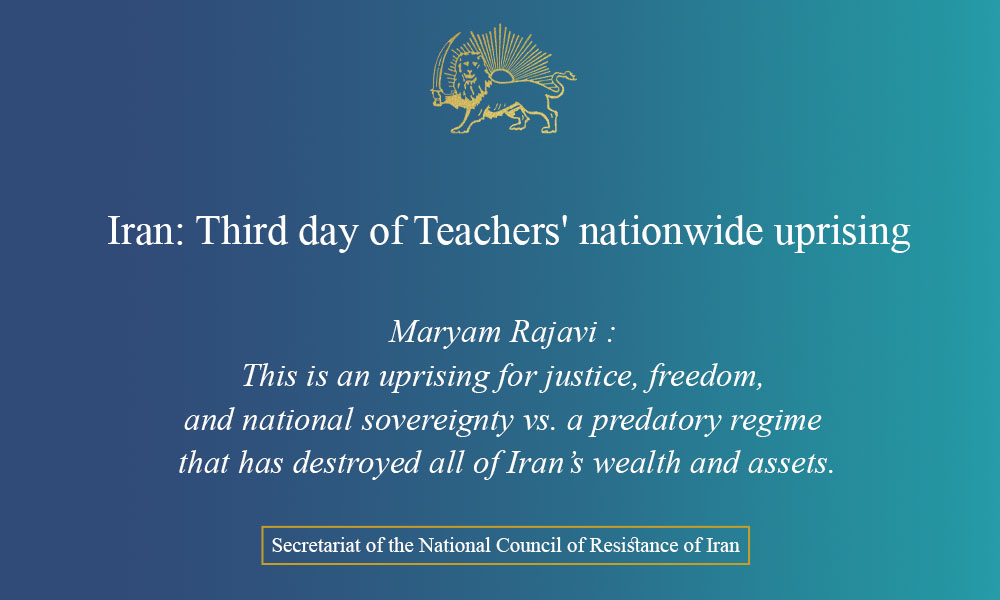 For the third day running teachers and educators rallied in a nationwide protest.

In Tehran, the protesters gathered outside the regime’s Parliament and in other cities outside the local departments of education.

Today’s protests took place despite efforts by the State Security Force (SSF), the plainclothes and Intelligence Ministry’s agents who attempted to prevent the teachers’ gatherings and attacked them in several cities.

In Tehran, the repressive forces attacked the teachers’ gathering and tried to disperse them but were forced to retreat in the face of the protesters’ resistance, who were shouting, “Shame on you.” Thousands of teachers took to the streets to protest in Shiraz despite the SSF crackdown.

Mrs. Maryam Rajavi, the President-elect of the National Council of Resistance Iran (NCRI), lauded the freedom-loving teachers who, while defying the repressive forces, have come out onto the streets all across Iran and are chanting, “Teachers rise up and defend your rights,” “Teachers rise up to eliminate discrimination,” and “Free the imprisoned teachers.” Mrs. Rajavi added: I urge all students and youths to support the protesting teachers who represent the nation’s resolve against the mullahs’ criminal regime. This is an uprising for justice, freedom, and for national sovereignty against a regime that has plundered and destroyed the wealth and assets of the Iranian people.

Secretariat of the National Council of Resistance of Iran (NCRI)
December 13, 2021