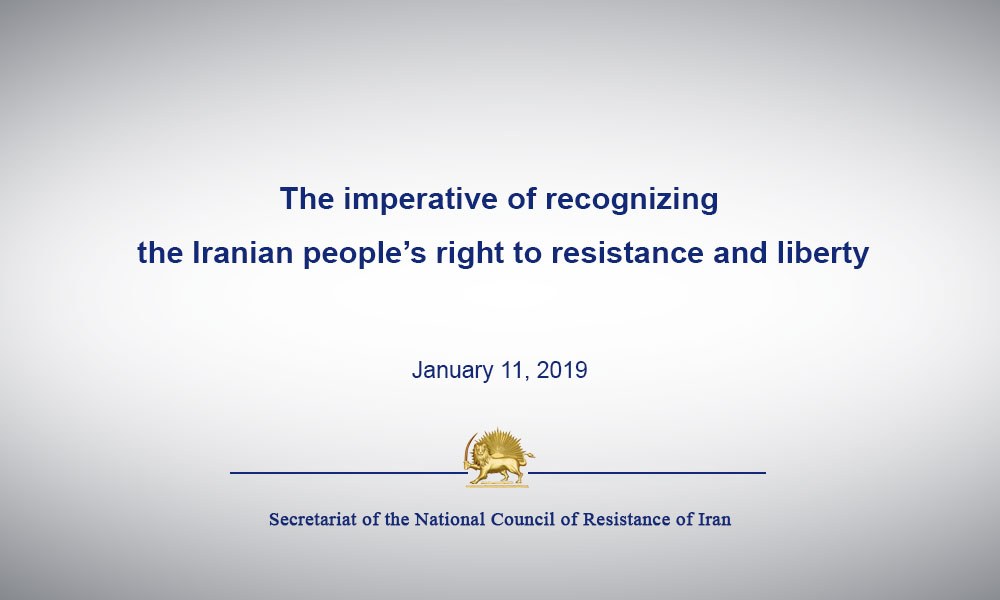 The U.S. Secretary of State reiterated that when America partners with enemies such as the mullahs, “they advance.”
Maryam Rajavi, welcomed U.S. departure from policies whose first victims have been the Iranian people and the Iranian Resistance.

She once again underscored the fact that gaining access to weapons of mass destruction, violations of human rights, export of fundamentalism, and terrorism are the four pillars holding up the theocratic regime ruling Iran.

The ultimate solution for discarding the mullahs’ religious fascism is changing this illegitimate regime at the hands of the Iranian people and Resistance.

Recognition of the National Council of Resistance of Iran (NCRI), as the sole democratic alternative to the terrorist religious dictatorship in Iran, is the imperative to rectifying and ending the disastrous U.S. policy of appeasement over the past four decades. The clerical regime, which holds the world record in executions, will only understand a decisive and firm response.

On behalf of the Iranian Resistance, which has called for an arms and oil embargo against the mullahs’ religious dictatorship since 1981, Maryam Rajavi reiterated the need to take the following steps:

1. Recognition of the Iranian people’s right to resistance to overthrow the mullahs’ religious fascism and achieve freedom;
2. Designation of the Islamic Revolutionary Guard Corps (IRGC) and the Ministry of Intelligence and Security (MOIS) as a whole as terrorist entities by the U.S. State Department and the European Union;
3. Expulsion of the mullahs’ intelligence agents and mercenaries of the terrorist Qods Force from the U.S. and Europe;
4. Referring the dossier of human rights violations in Iran to the UN Security Council after 65 United Nations censures;
5. Supporting the referral of the dossier of the 1988 massacre of political prisoners in Iran to international tribunals;
6. Ouster of the mullahs’ illegitimate regime from the UN and recognition of representation by the Iranian people’s just Resistance;
7. Decisive expulsion of Iran’s ruling religious fascism and its forces from Syria, Iraq, Yemen, Lebanon and Afghanistan;
8. Compelling the government of Iraq to pay compensation for the properties, equipment, arms and camps the PMOI/MEK and the National Liberation Army of Iran (NLA), which had fully paid for them and whose evidentiary documents are available.

Secretariat of the National Council of Resistance of Iran
January 11, 2019