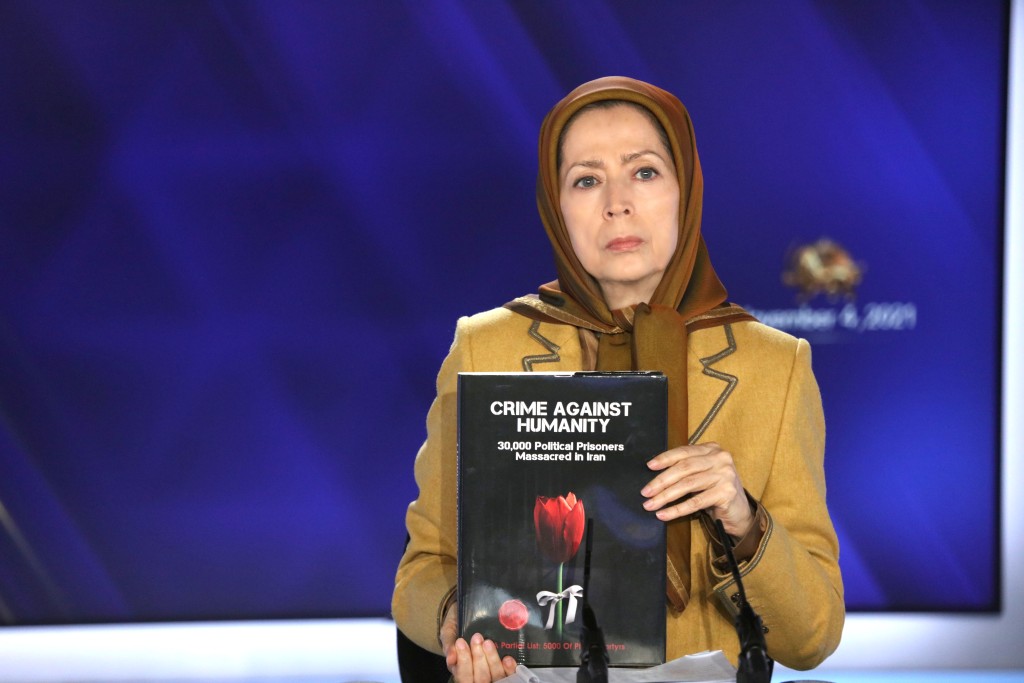 Maryam Rajavi: We expect both Houses of the Italian Parliament to officially recognize the massacre of political prisoners in Iran as genocide and a crime against humanity

Distinguished members of the Senate and Parliament of Italy,

Dear friends,
I salute and extend my gratitude to you for defending the human rights of the Iranian people. This conference is being held in sensitive circumstances.
With its belligerent policies and efforts to export fundamentalism and terrorism, Iran’s ruling regime is today the epicenter of war and insecurity in the Middle East.
It is a threat to global security because of its insistence on expanding its ballistic missile program and dangerous nuclear weapons project.
It poses an omnipresentthreat to European communities because it is actively plotting terrorist operations in Europe.

The common cause of all these threats is the mullahs’ violations of the Iranian people’s human rights. They resort to terrorism and warmongering to continue their crackdown on the people of Iran.
For this reason, defending human rights in Iran not only benefits our people but is also necessary to improve human rights around the world and protect the lives and security of people in the Middle East and Europe.

The clerical regime is a global threat

Three years ago, the clerical regime’s plot to bomb the Iranian Resistance’s gathering in Paris was discovered and foiled. A Court in Belgium sentenced a sitting regime diplomat to 20 years in prison. He had personally carried the bomb from Iran to Europe and handed it over to the terrorist operatives. The dossier is one of the most important documents attesting to the urgent threat the Iranian regime’s terrorism poses to Europe.

As you are aware, for many years, western governments sacrificed the human rights in Iran at the altar of diplomatic and commercial interests. They called it engagement with the bogus “reformists.”
In a startling admission at the Iranian Resistance’s annual gathering, Mr. Franco Frattini, the former Foreign Minister of Italy, said, “Over the years, when I served as foreign minister or vice president of the European Commission, I had direct contacts with representatives of the Iranian regime, sometimes so-called reformists, sometimes so-called conservatives. I can tell you from my direct experience there was no difference. They are smart gamblers. They try to hide the truth behind the scene. But what’s behind the scene? Terrorism and violation of human rights.”
Fortunately, in recent years, the Iranian people’s consecutive uprisings have foiled the regime’s “reformist vs. principalist” gambit.
Khamenei selected a mass murderer as his regime’s president to confront the uprisings. He thus dealt a coup de grace to the clerical regime’s false pretenses of reform.
Ebrahim Raisi was one of the members of the Tehran Death Committee that carried out the massacre of political prisoners in 1988.

That year, the founder of the clerical regime, Khomeini, issued a decree that all prisoners who remained loyal to their political positions must be executed. Based on this fatwa, 30,000 political prisoners were hanged, 90% of whom were members of the People’s Mojahedin of Iran (PMOI/MEK).
In recent months, during the trial of one of the perpetrators of the 1988 massacre, witnesses have been recounting their horrifying memoirs of the henchmens’ immeasurable ruthlessless. As I said, one of them was the religious fascism’s incumbent president, Ebrahim Raisi.
Khamenei and his regime have declared war on the Iranian people and the international community by appointing Ebrahim Raisi as president and accelerated their efforts to develop an atomic bomb.
As Massoud Rajavi, the Leader of the Iranian Resistance, once said, “The mullahs’ inhuman religious dictatorship cannot survive without domestic repression, warmongering and, export of fundamentalism and terrorism. Suppression and belligerence are inherent to all the regime’s factions, and they are not different in these regards.”

The 1988 massacre, genocide, and a crime against humanity

For their part, the people of Iran have expanded their Call for Justice movement, which aims to prosecute those responsible, including Ali Khamenei and Ebrahim Raisi.
And ultimately, the objective of the Justice Movement is to free Iran from repression and injustice. As part of the Iranian people’s great quest to overthrow the clerical regime, the movement will only achieve its goal when Iran is free from religious fascism.
The names of 5,000 of the PMOI members executed for remaining steadfast have been published so far. The Call for Justice Movement seeks to compile a complete list of those massacred and the location of their graves.

Last June, the Secretary General of Amnesty International reiterated that the regime’s president must be investigated and prosecuted for his involvement in previous and ongoing international crimes.
The UN Special Rapporteur on the situation of human rights in Iran, Professor Javaid Rehman, also called for independent investigations into the massacre of political prisoners in Iran on official orders and the role Ebrahim Raisi played in it.
Therefore, we expect both Houses of the Italian Parliament to formally recognize the massacre of political prisoners in Iran as genocide and a crime against humanity. We further urge them to emphasize on the prosecution of Khamenei and Raisi for commission of crime against humanity. 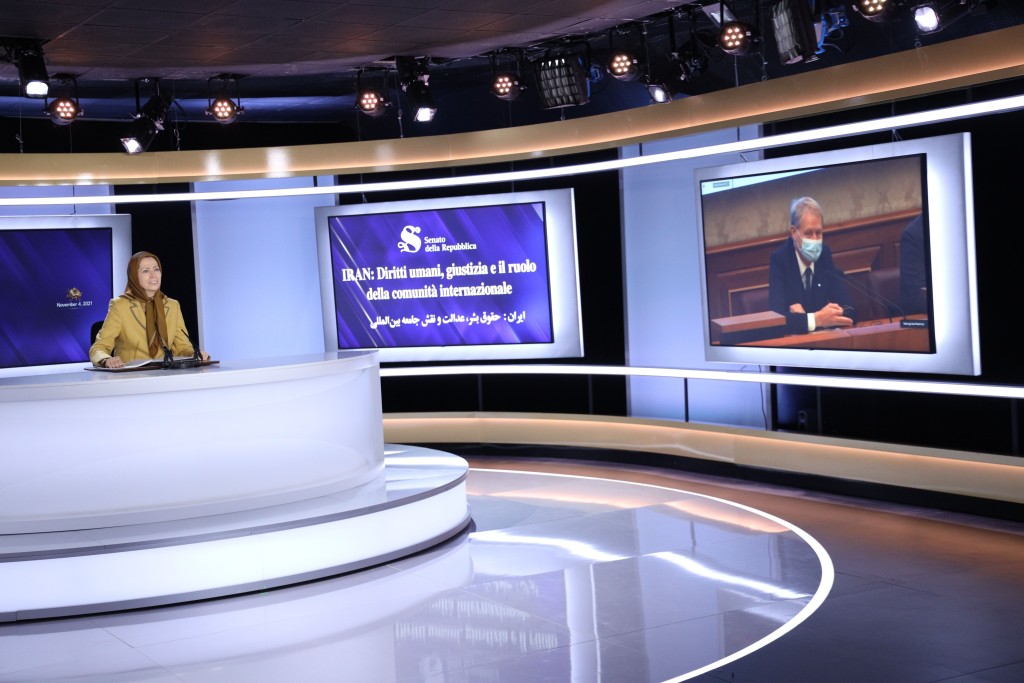 The obligation of Italy and Europe

Our people identified Italy with its government’s unforgettable support for the protesters in 2009 when the Italian Embassy in Tehran opened its doors to the young people who were being pursued.
‌It is identified with the enduring solidarity and relations between the Italian Senate and Parliament on the one hand, and the Iranian Resistance on the other, including the parliament’s support for the PMOI’s human rights while they were under the siege of the Iranian regime and its puppet government in Iraq.

Italy is also identified with Ms. Ema Delforno, the selfless Italian woman who set herself on fire in the center of the city of Treviso in November 1981 to protest the executions of Iranian teenagers. She rose up to wake the conscience of people around the world.
And the mullahs have continued to kill since those days. Today, we are on the eve of the anniversary of the major uprising in 200 cities across Iran two years ago.
During the days of the uprising, Khamenei ordered his Revolutionary Guards to open fire on young people, killing at least 1,500 teenagers and youths. It was the most extensive slaughter ever of popular demonstrations in the contemporary era.
To prevent the recurrence of such carnage, the Iranian people and resistance demand that respect for human rights and protection of the lives of Iranian protesters should be at the heart of any negotiations with the clerical regime.

Without insisting on human rights in Iran and without adopting a decisive policy, no negotiation or attempt to stop the regime from acquiring the atomic bomb will succeed.
Sandro Pertini, the late popular president of Italy and a leader of the resistance movement, said: “In all circumstances and in any situation, be a free human being. And to be so be prepared to pay any price.”
All PMOI/MEK members, the Resistance Units, and those who resist in the clerical regime’s dungeons for the cause of the Iranian people’s freedom are prepared to pay any price. For this reason, they can overthrow religious fascism and establish a democratically elected republic based on the separation of religion and state, gender equality, the abolishment of the death penalty, and a non-nuclear Iran.
Dear friends, I thank you all very much. 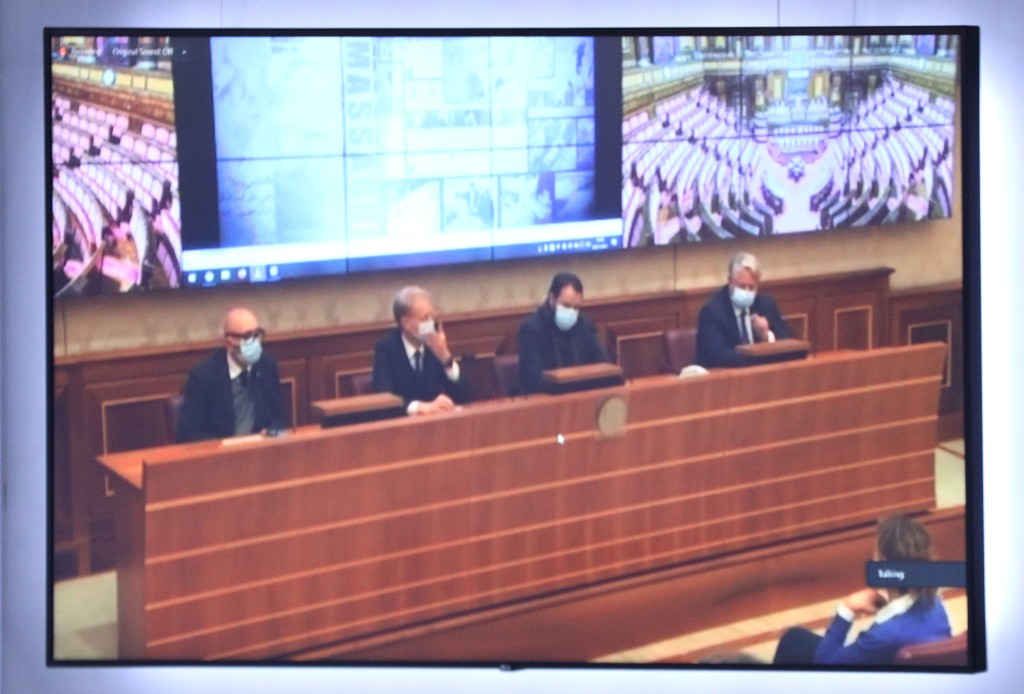