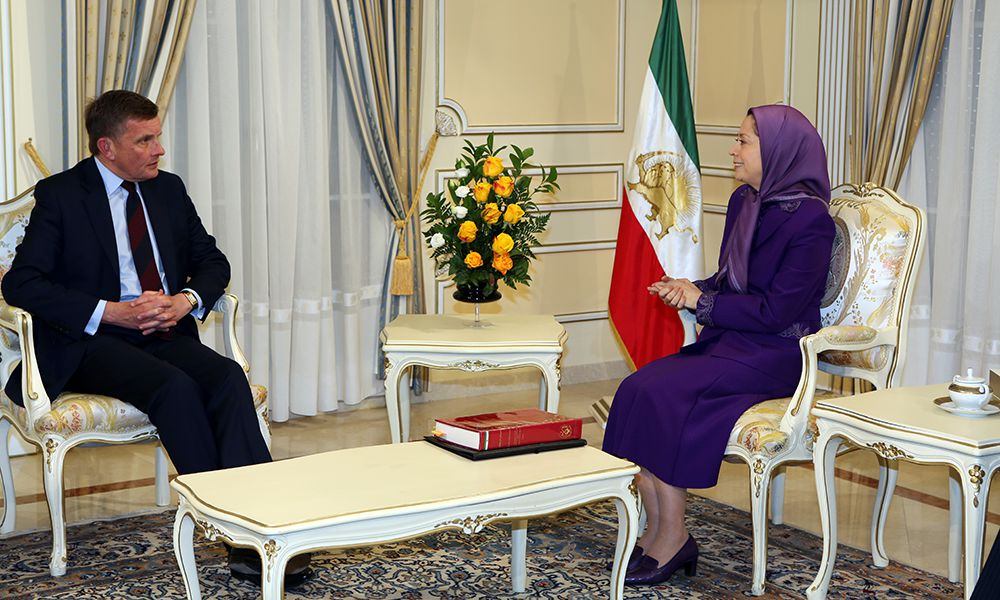 following the declaration of support by the majority of members of the British House of Commons and a large number from the House of Lords, for the Iranian Resistance for democracy and freedom, in June 2016.
On behalf of UK elected representatives, Mr. Jones presented the declaration to Maryam Rajavi.
Maryam Rajavi expressed her gratitude for the initiative describing it as a commendable measure towards adoption of a responsible policy vis-à-vis the Iranian regime and the entire Middle East.