Maryam Rajavi calls on the U.S. and the UN to guarantee Camp Liberty’s security until all residents depart Iraq 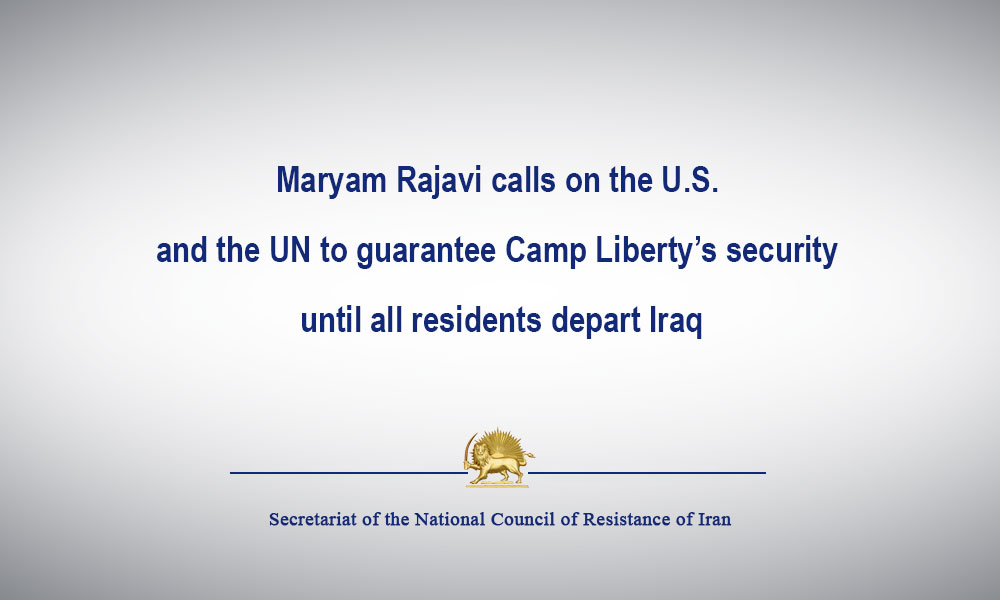 She said that the missile attack on Camp Liberty, especially following an inhumane eight-day siege, blocking fuel, food from entering the Camp, demonstrated that the religious dictatorship ruling Iran is terrified of the People’s Mojahedin Organization (POMOI/EMK) and the Iranian Resistance, which it views as an existential threat.

For this reason, Maryam Rajavi noted, the mullahs’ regime opposes any solution for Liberty that would ensure their safety and security and tries to obstruct it. The only acceptable options, as far as the regime is concerned, are to either compel Liberty residents to surrender and abandon their struggle or to physically eliminate them.

She called on the UN Security Council, the European Union and their member states to decisively condemn the criminal missile attack on Camp Liberty. Rajavi said now that no doubt remains as to the Iranian regime’s intentions to cause more bloodshed at Camp Liberty, there is added urgency for the United States and the United Nations to take action to guarantee and provide security and safety for the residents of Liberty until such time when all of them have departed Iraq. She emphasized that this would be consistent with the repeated and written guarantees the U.S. and the UN have given regarding the security and safety of Camp Liberty residents.

More than 50 missiles rained down at Camp Liberty, several of which landed outside the Camp. The assault caused major destruction and fire in the Camp, with missile craters seven feet wide and five feet deep. Based on reports received until midnight, 40 had been wounded or injured in the attack.