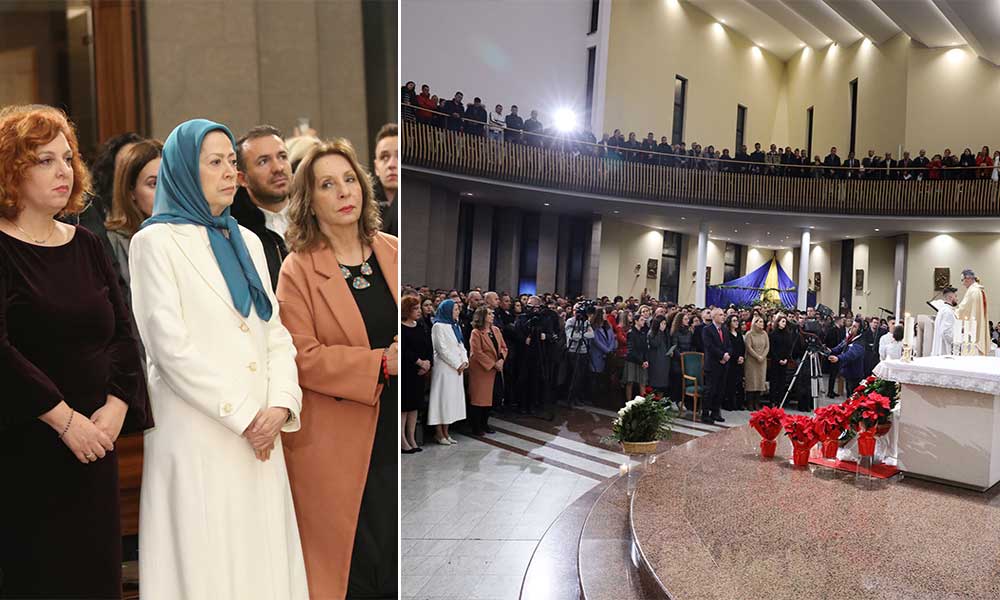 The Christmas Eve mass began with the prayers of Rev. George Anthony Frendo, Archbishop of Tirana at midnight.
In remarks congratulating Christmas, the Archbishop welcomed Maryam Rajavi and said, “We pray for those in your country, who are oppressed, and enduring pain and suffering.”

President of Albania, Ilir Meta, and his wife, Ms. Monika Kryemadhi, the leader of the Socialist Movement for Integration Party, as well as a number of Albania’s political leaders and social and cultural personalities were also present at the mass.

Ms. Elona Gjebrea, Secretary of the Foreign Relations Committee of the Parliament, and Ms. Diana Culi, renowned Albanian author, were among the participants.
Maryam Rajavi also congratulated Archbishop George Anthony Frendo on the birth of Christ and extended her gratitude for his sympathies with the suffering people of Iran who are oppressed under the rule of religious fascism and dictatorship of the mullahs in Iran.

She presented the book containing a list of 20,000 martyrs of the People’s Mojahedin Organization of Iran to the Archbishop and said, “Today, the people of Iran are paying the heaviest possible price in their struggle to rid Iran of the religious fascism ruling the country, so that in tomorrow’s Iran all citizens from all convictions and creeds, and from all ethnicities would be able to co-exist in freedom and equality.”

Maryam Rajavi also paid homage to the martyrs of the Iranian people’s nationwide uprising on the 40th day of their loss, describing their long caravan as the great sacrifice of the people of Iran for liberation from theocracy. 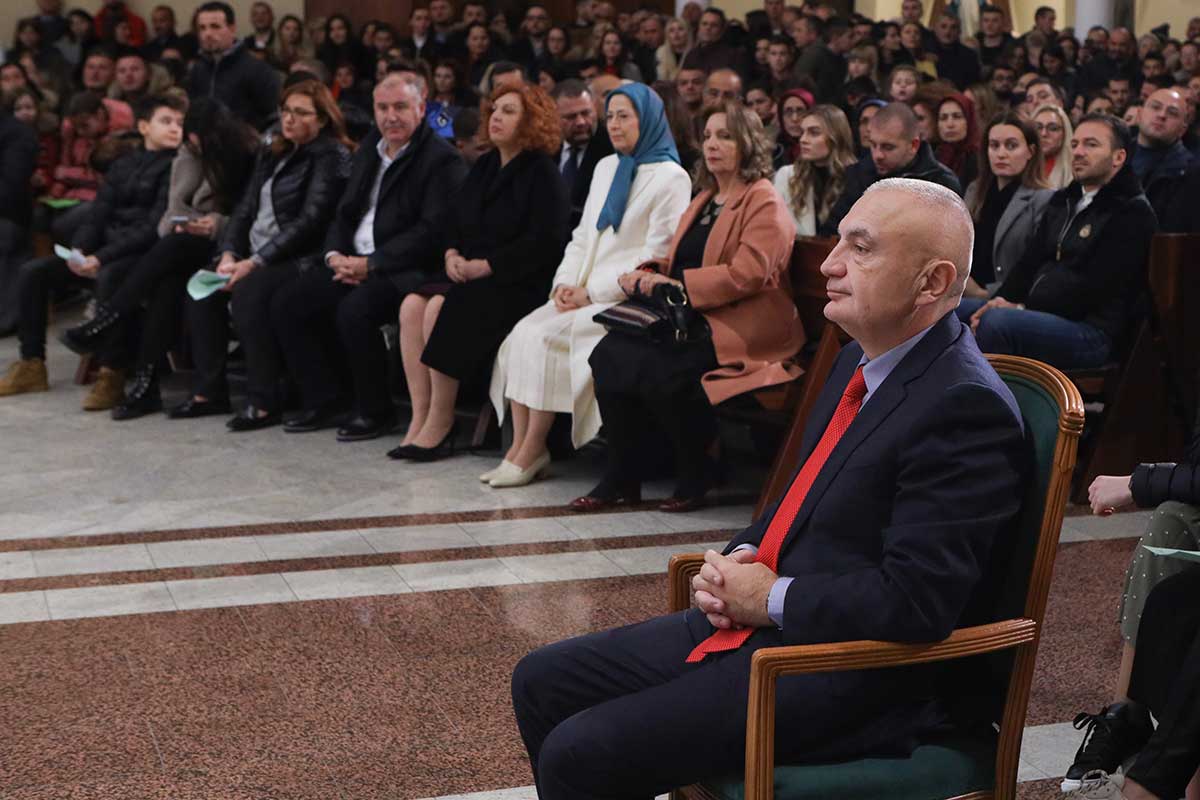