Maryam Rajavi: Dealing with the clerical regime is against the people of Iran and global peace and security 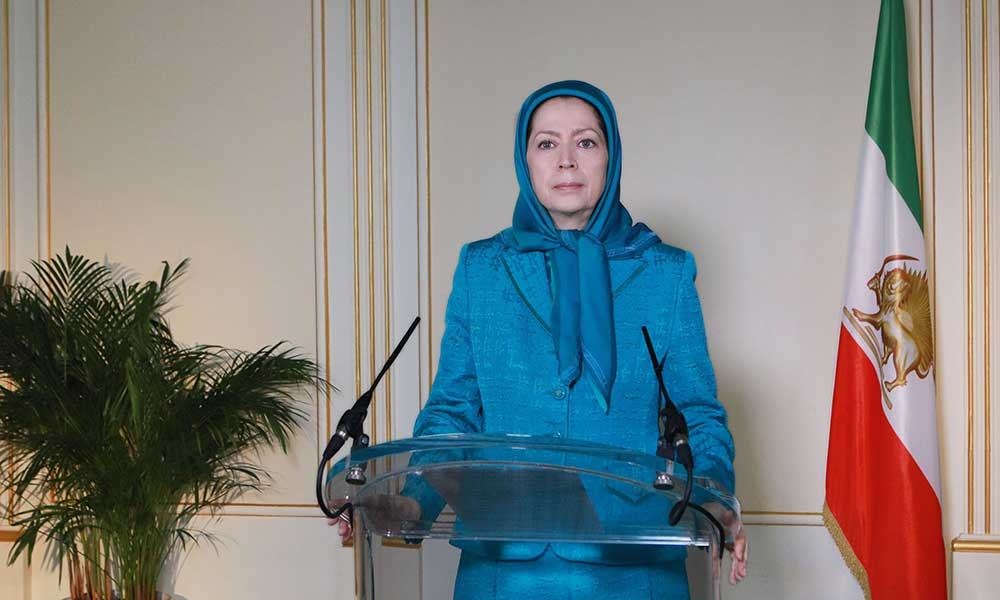 Honorable members of the Houses of Lords and Commons,
Distinguished personalities,
Dear friends,

I would like to express my appreciation for your participation in the Iranian New Year celebration and your efforts in support of the Iranian people’s aspirations for freedom and democracy.

This is encouraging for the people of Iran, particularly the youths who have risen up against the mullahs in recent months. They are encouraged by your friendship.

In Persian culture, the beginning of the New Year heralds the end of darkness and despair. There were several important developments last year:

• Contrary to the propaganda by the regime’s appeasers, Hassan Rouhani repeatedly praised Khamenei, the IRGC, the missile program, and the regime’s war in Syria in his second term.
• The regime accelerated its missile program and stepped up its aggressions in the Middle East.
• The Iranian economy experienced further recession and the country’s official currency lost 25 percent of its value.
• At the same time, the Iranian people suffered even greater poverty, hunger, and unemployment.

As far as the Iranian people and the Resistance were concerned, there were also important developments:

• The Iranian Resistance advanced its strategy by further expanding its network inside Iran, establishing more centers of rebellion to launch the uprisings.
• The PMOI reorganized after leaving Iraq.
• And finally, by the end of December, the people of Iran rose up in a major uprising, which quickly spread to 142 cities with calls for regime change. As Khamenei and other regime leaders acknowledged, the uprising was organized by the PMOI.

The uprisings and protests are continuing. Since January, the Iranian people have staged numerous daily protests and strikes in cities across the country. These include a general strike in Kurdistan, the continuing protests by the Steel workers of Ahwaz and workers of Haft Tappeh Sugar Cane factory, the large-scale protests by farmers in Isfahan as well as numerous protests by people who had be defrauded.

These protests have shaken the regime to its foundation. They have also created new circumstances in Iran, showing that the situation will never return to what it was before the uprising on December 28, 2017.

Distinguished Peers and Members of Parliament,

The people of Iran have risen up for regime change. This development will bring freedom to Iran and security to the world. My compatriots, therefore, expect western governments, particularly the UK, to change their policy and take practical and concrete action to help the Iranian people.

They expect the world powers to predicate their relations with the mullahs on an end to torture and executions. The regime and the IRGC must be expelled from the Middle East region.

The mullahs must be compelled to abandon their missile program. Their uranium enrichment must be brought to a complete halt and the regime forced to accept unconditional inspections of all military and nuclear sites. The regime’s access to the international banking system must also be cut off.

Let’s make it clear that the partner to European trade is essentially the IRGC and agencies affiliated with the mullahs’ supreme leader. These deals are against the interests of the people of Iran and against peace and security in the region.

These important steps contribute to the establishment of freedom in Iran and help remove many immediate threats the world is presently facing.

The National Council of Resistance of Iran is striving to establish a republic based on the separation of religion and state, gender equality, autonomy of various ethnic groups in the framework of Iran’s national integrity and abolition of the death penalty, and a non-nuclear Iran that would coexist in peace and friendship with other countries.