Maryam Rajavi sends her condolences to flood victims, Calls on Iran’s youth to take independent action to aid the affected 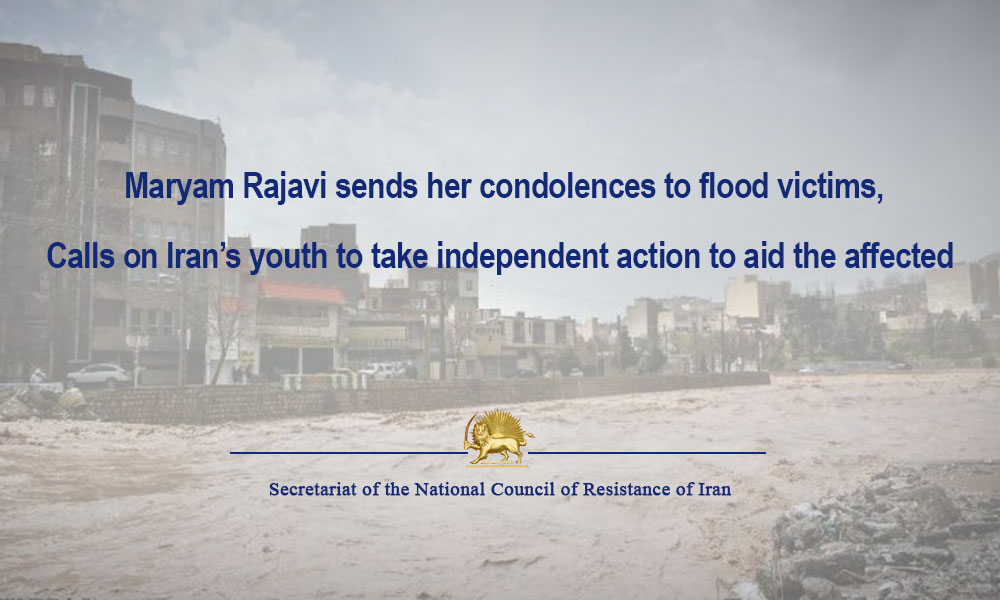 She called on Iran’s gallant youth to come to the aid of those affected in Fars, Lorestan, Khuzestan, Sistan & Balouchestan, Isfahan, Bushehr, Ilam, Qom, Kermanshah, Golestan and elsewhere. She added that while Khamenei, Rouhani and other criminal mullahs and authorities think only of preserving the detested theocratic regime, providing independent popular aid to the affected is a patriotic duty.

Maryam Rajavi underscored the role of the mullahs’ regime, its corrupt leaders as well as its Revolutionary Guards (IRGC) in aggravating the destructive impact of the flooding through their destruction of the environment. The regime, she said, has devastated Iranian cities and villages by plundering the nation’s wealth and wasting it on repression, terrorism and warmongering, in addition to the anti-Iranian nuclear and missile programs. Iran has been deprived of even minimal infrastructure to defend against natural disasters like earthquakes and floods. The costs of such calamities, in human life and property, are higher in Iran relative to those of other nations, Rajavi added.

Even during the current disaster, when other nations would have allocated all means available to save those affected, the mullahs’ regime and its IRGC and other repressive organs’ priority remains suppressing popular protests against their criminal regime.

Secretariat of the National Council of Resistance of Iran
March 25, 2019