Maryam Rajavi: Human rights, the key component of a right policy on Iran 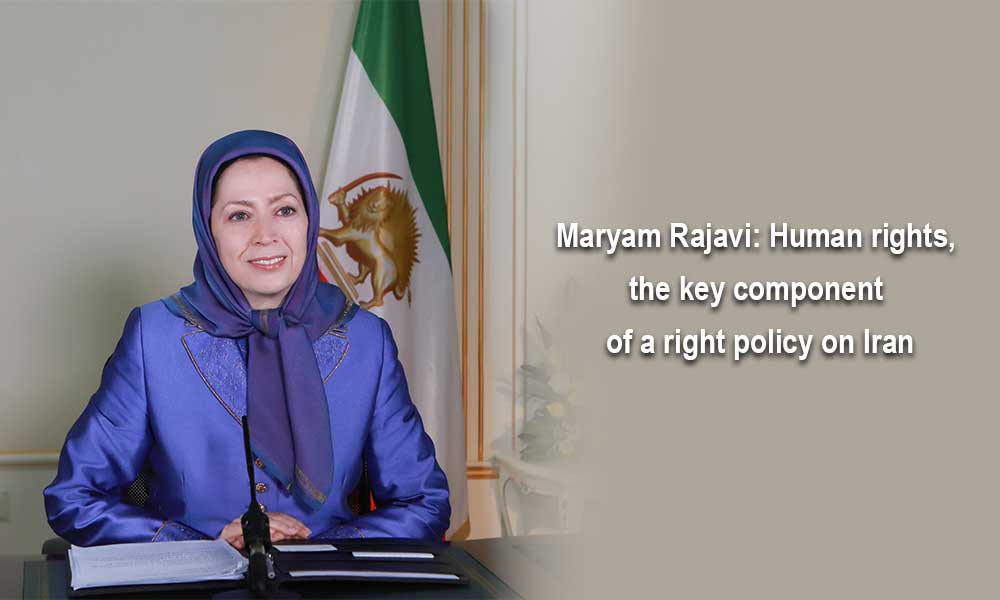 The honorable members of the British Parliament,
Dear friends,
I extend my deepest respects to you and all the dignified personalities who have risen in defense of democracy and human rights in Iran.
On the World Day against the Death Penalty you have addressed an issue which is my compatriots’ most basic and fundamental human right.
Our people and resistance have paid a heavy price in the resistance against theocracy in Iran. 120,000 political executions, hundreds of thousands of tortured dissidents, and constant suppression of and discrimination against women as well as ethnic and religious minorities.

Why are the mullahs so much in need of brutal crackdown? Because without it, their regime will fall in the face of widespread public discontent. Because, there is an ongoing protest movement against the mullahs across Iran.
In the first half of this month, thousands of the people of Lordegan took to the streets in southwestern Iran to protest against the regime. The city of Arak which, only 200kms away from the capital, has seen two series of workers’ protests just in recent weeks. In the meantime, the resistance units in Iran have expanded their activities against the regime’s centers of suppression.

Our people demand the overthrow of the mullahs’ religious tyranny.

Many elected representatives and advocates of democracy across the world have supported this demand. Unfortunately, however, the policy of appeasement has acted against our people’s demands and served the interests of the mullahs.
The flagrant violations of human rights of the people of Iran, including continuing executions, are being justified by the policy of appeasement and silence pursued by western governments. About 4,000 people have been executed in Iran since 2013, when Rouhani became president..

This is just part of the appalling record of someone who has been portrayed as a “moderate” mullah by governments favoring appeasement, so that they could preserve the mullahs’ religious fascism and continue their commercial and political deals with them behind such an smoke screen. The policy of appeasement enables the clerical regime to take advantage of its diplomatic centers and continue its terrorism on European soil , and to attack vessels in international waters, and strike at oil facilities in neighboring countries.

This policy has been, first and foremost, to detriment of the Iranian people. To change it I am counting on you, the honorable representatives of the people of Britain. Firmness vis-à-vis this regime is an imperative to global and regional peace and security. Any ties or trade with this regime must be predicated on ending executions and torture in Iran, and stopping the export of terrorism.
The human rights dossier of the Iranian regime, and the 1988 massacre of political prisoners in Iran must be referred to the UN Security Council and international tribunals.
The international community must recognize the Iranian people’s right to resistance for a sovereign republic.
Our Resistance seeks to establish a republic based on freedom, democracy and the separation of religion and state, making human rights and gender equality the highest priority.