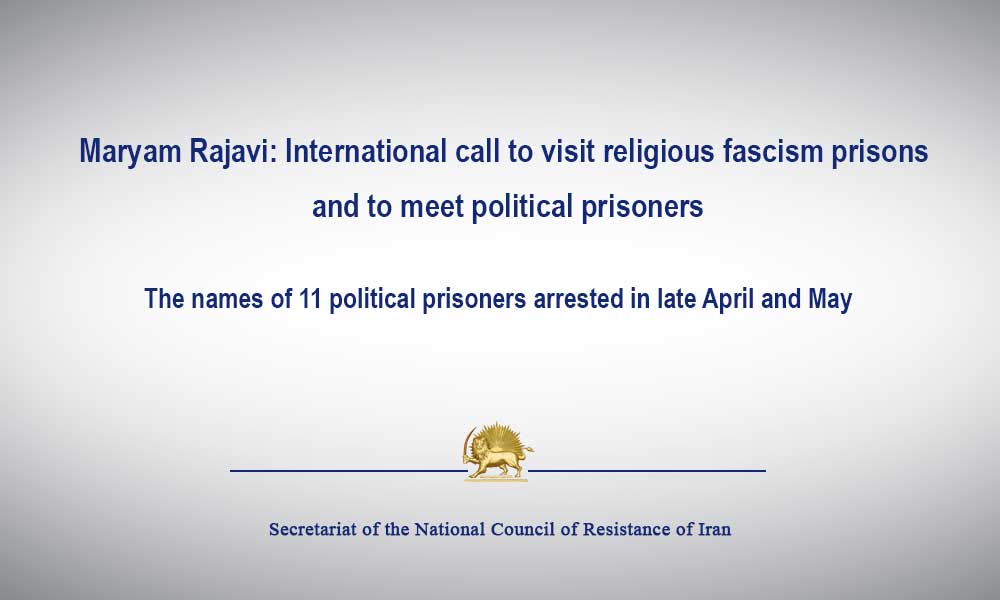 The regime of the mullahs, incapable of confronting the insurgent youths, resistance units and popular resistance councils, fearful of the explosive state of the society, worried about the consequences of listing Khamenei’s IRGC and new sanctions, once again has intensified repression and arrests.

The appointment of head henchman Raeisi as the head of the judiciary and the appointment of the IRGC’s Salami, Fadavi and Naghdi, three of the cruelest revolutionary guards as the commander, deputy commander, and coordinator of the IRGC, is a part of Khamenei’s futile efforts to contain the crisis of overthrow of the regime that has stretched all over the clerical regime.

The transfer of Hash al-Shabi forces from Iraq to the flood-hit areas, launching night patrols and “neighborhood-based security patrols”, called the Razavioun, and the new wave of arrests throughout the country, especially among the supporters of the PMOI, are part of the repressive measures of religious fascism to prevent popular uprisings. The names of 11 arrestees in late April 2019 are as follows:
Nematollah Hakimi Kiasarai, 46, Tehran
Salar Eskandarzadeh, 29, Tehran
Hamid Reza Haddadi, 36, Kermanshah
Dariush Hosseini, 65, Mahshahr
Mohammad Khatibnia, 28, Khorramabad
Reza Nabavi. 24, Semnan
Mohsen Hosseini, 23, with his two brothers, Neyshabur
Mahmoud Salami, 25, Neyshabur
Shokouh Majd, 55, Neyshabur
The PMOI had previously announced the names of 28 earlier detainees on April 23, 2019.

Mullah Alavi, the clerical regime’s Minister of Intelligence, reported on April 19, 2019 the arrests of 116 teams linked to the PMOI in the past year. Subsequently, the Director General of the regime’s intelligence in East Azarbaijan Province on April 24, 2019, gave the figure of 110 arrests and encounter with the Mojahedin in the province in 2018. The actual number of arrests is much higher. The repressive organs of the mullahs’ regime, such as the IRGC, the IRGC’s intelligence, law enforcement, and prosecutors, have had their own arrests.

Maryam Rajavi, emphasizing that political prisoners are at risk of torture and execution or long term imprisonment, once again called on the Secretary-General, High Commissioner and Human Rights Council of the United Nations and international human rights organizations to take immediate action for their release and the appointment of delegations to visit the regime’s prisons and to meet with political prisoners.

Secretariat of the National Council of Resistance of Iran
May 17, 2019