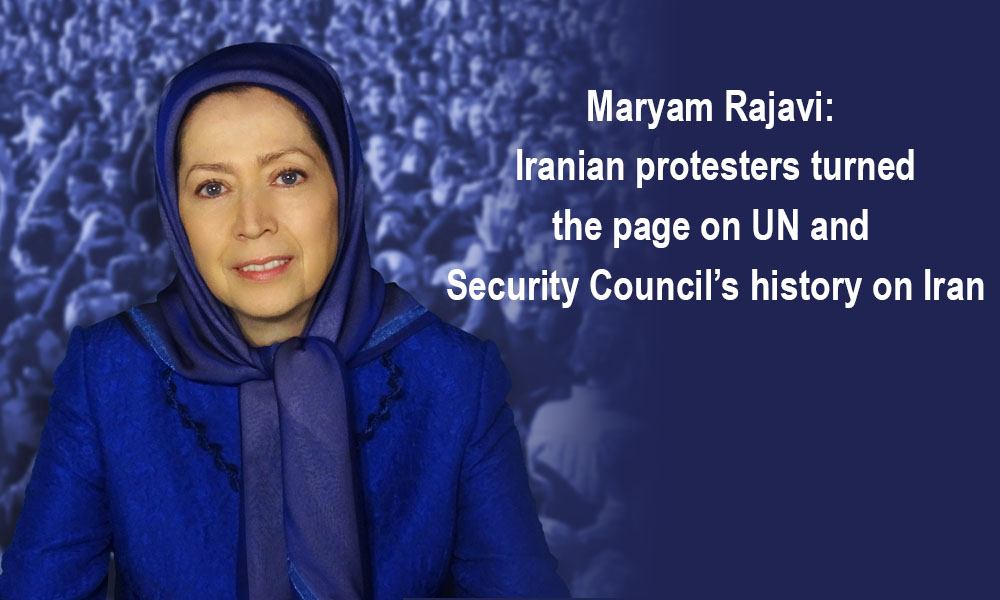 Ending the silence on Iran and shattering a 4-decade-old barrier of appeasement of the regime, the UN Security Council’s meeting on Iran is a product of the Iranian people’s uprising, the sacrifice of its martyrs and the suffering of its captives. The world’s major governments had so far turned a blind eye on brutal suppression of our people and executions of 120,000. Iran’s protesters and youths, however, have in their first step turned the page of the United Nations and Security Council’s history on Iran. This indicates that the young men and women who rose up in the streets of Izeh, Doroud, Tuyserkan, Ghahdarijan, Jouyabad of Isfahan, and 75 other cities can and must turn the darkest page of Iran’s history.
As the Iranian Resistance’s Leader, Massoud Rajavi, said, “If you persist, the world will stand with you and on your side.”