Maryam Rajavi: Lengthy prison sentences for political activists are inhuman and must be condemned 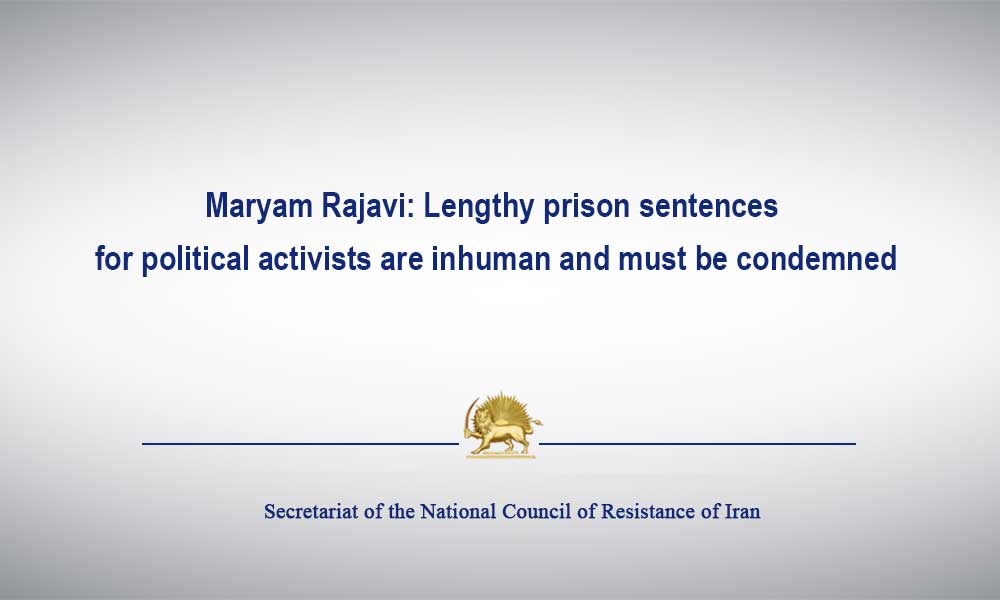 Messrs. Hashem Khastar, Abdol Rassoul Mortazavi, Mohammad Nourizad, Mohammad Hossein Sepehri, Hashem Rajai, Mohammad Hossein Pour Gonabadi, and Morteza Qassemi, as well as Mrs. Fatima Sepehri were additionally sentenced to many years of internal exile and banned from leaving the country. A number of them were arrested in Mashhad last August and are currently imprisoned.

Mrs. Maryam Rajavi, the President-elect of the National Council of Resistance of Iran (NCRI), condemned the clerical regime’s Judiciary for issuing these lengthy prison sentences and described them as another example of the suppressive and inhuman conduct of the ruling religious dictatorship, which must be overthrown in its entirety.

In their uprisings in November 2019 and January 2020, the Iranian people chanted “down with the principle of the velayat-e faqih (absolute clerical rule),” “death to Khamenei, Rouhani,” demanding the regime’s overthrow. As such, economic and political ties with the mullahs are unjustified and illegitimate. Any investment in this moribund regime is doomed to fail.

Secretariat of the National Council of Resistance of Iran
February 4, 2020