Maryam Rajavi’s condolences on the loss of Mr. Manuel Rizquez, a French supporter of the Iranian Resistance 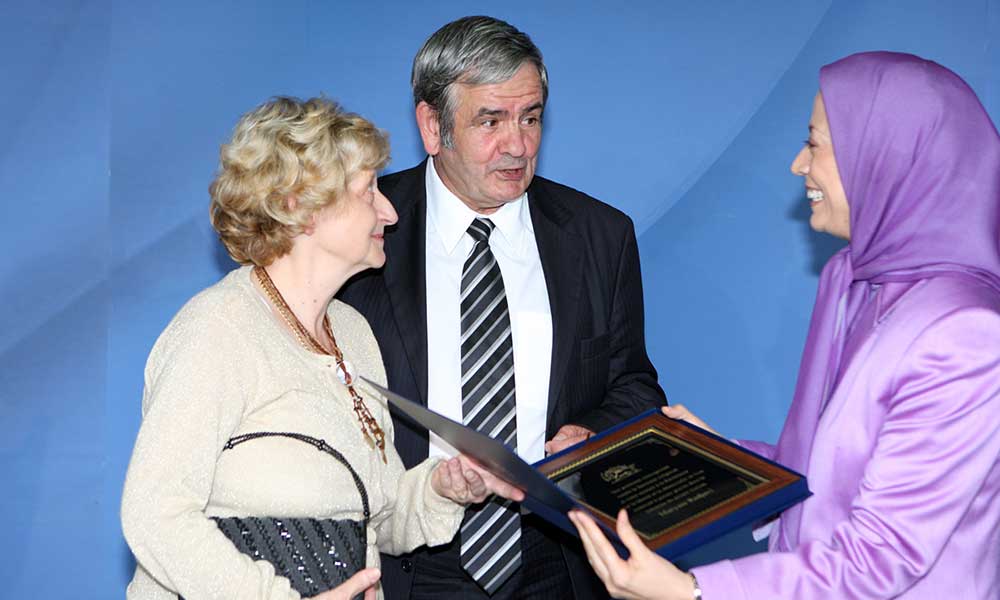 My sincere condolences on the loss of our good friend of difficult times and dear supporter of the Iranian Resistance, Mr. Manuel Rizquez.

My dear brother, Manuel Rizquez, was among the first people who gave support to the Iranian Resistance in the difficult days of the attack on the NCRI headquarters on June 17, 2003. He stood with us, with passion and brotherly emotions, with deep humanitarian sentiments which symbolized the genuine spirit of the French people in seeking justice and humanity.

His father was one of the anti-fascist resistance fighters in Spain who had paved tortuous paths to achieve freedom. For this reason, from the moment he learned about the just cause of the People’s Mojahedin of Iran (PMOI/MEK) and the Iranian Resistance, he did not relent in his activities in support of this movement.

He was a member of our family, the family of the Iranian Resistance. His warm voice and his passionate love and care will always remain with us.
He was among the first to visit Ashraf and support its residents. He put on the uniform of PMOI freedom fighters as a sign of his solidarity and support for the movement until Iran is free.

Now, his name will remain forever in the history of the people of Iran and in the hearts of Iranian Resistance members as a great Frenchman and a genuine freedom-lover.

I condole Manuel’s wife, my dear sister Josiane, their beloved daughters and their honorable family on his unfortunate demise.

My brother, Manuel!
Your memory, your name and the names of everyone who rose for freedom and human rights, will resonate on the day of Iranian people’s victory. And the values you cherished will remain forever in the history of Iranian people.