Maryam Rajavi’s message to the Iranians’ rally in Warsaw: The imperative of recognizing the right of the Iranian people’s Resistance to overthrow the mullahs’ theocratic regime 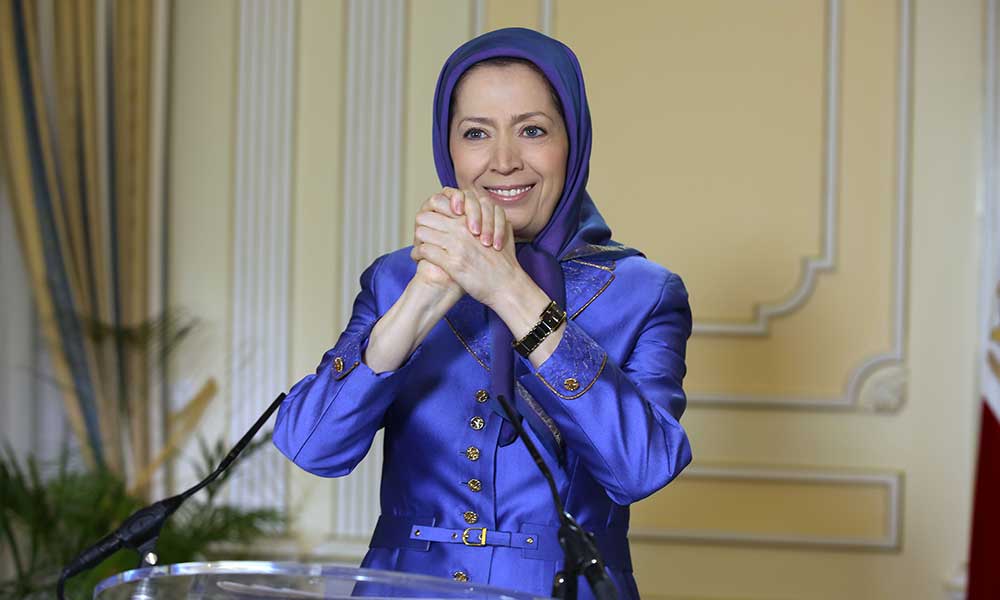 I salute you all.
You have come together today to convey to the World Summit in Warsaw the voice of the people of Iran yearning for freedom and democracy. You are the voice of Iranian protesters calling on the world to break their silence over the abuses of our nation’s rights.
The pain of our political prisoners in Khamenei’s dungeons, the sufferings of our Kurdish, Turk, Balochi and Arab compatriots, and the stifled desires and hopes of Iranian women, youths, workers, farmers, teachers and students are resonating in your cries.
Their immediate demand from the world and their lawful expectation from the Warsaw Summit is for them to recognize the right of the Iranian people’s Resistance to overthrow the mullahs’ theocratic regime to achieve freedom.

The Iranian nation deserves this; they have proven it through long years of their quest for freedom and steadfast endurance in confronting one of the world’s most oppressive and ruthless dictatorships. That includes their protests and uprisings over the past year.

Yes, our demand is simple and clear: Respect our people’s struggle against religious oppression and gender discrimination. This would not be any favor or concession to our nation. Rather, it would only end the long-time abuse of their rights facilitated through the West’s policy of appeasement.
The question is why have they recognized a regime in Iran which has invaded and occupied the country, which rules by torture and execution, which plunders Iran’s assets and spends the Iranian people’s wealth on terrorist groups to slaughter the peoples of the region.

The U.S. Secretary of State declared, “We must confront the ayatollahs, not coddle them.” He also stressed that the U.S. “has reversed our willful blindness to the danger of the regime.”

Everyone recalls that the previous U.S. administrations gave huge concessions to the mullahs, inflicting enormous pain and damage on the Iranian people and their Resistance. Today, the way to rectify those damages, is to recognize the Iranian people’s struggle to overthrow the mullahs’ regime.
Of course, as Massoud Rajavi, the Leader of the Iranian Resistance, asserted, “The overthrow (of the clerical regime) and establishment of democracy and popular sovereignty in Iran is a task already undertaken by the people of Iran and their Liberation Army. We have never asked for it from anyone but our beloved people and their valiant children.”

Fellow compatriots, dear friends,
In recent months, in addition to the U.S., the European Union has also imposed sanctions on the clerical regime to counter its terrorism and belligerence. But this is not enough. They must stand up more decisively to this regime. You must know that the National Council of Resistance of Iran has been calling since 1981 for an oil arms and embargo against the clerical regime.
So, the people of Iran have been the ones demanding the boycott of the Iranian regime since then and many years ahead of western governments.

On the other hand, the mullahs’ claim that the sanctions have ceased the flow of medicines and food to the people of Iran, is false and baseless. Everyone knows that it has been the mullahs’ plunder which has driven the majority of the people of Iran to poverty and destitution. Whereas, the mullahs are actually afraid of losing the balance and stability of their own government.
So, we once again reiterate: The mullahs must not have a single bullet, a single dollar or a single barrel of oil at their disposal.

The policy of blacklisting the Iranian regime’s criminal institutions and figureheads will be effective only when the IRGC is placed on the terror lists of the U.S. and the European Union as a whole entity.
The IRGC is in command of the regime’s terrorist mercenary groups and their disastrous bloodletting in the region; it runs the regime’s missile program, nuclear weapons activities, and cyber-attacks, and it is in charge of cracking down on the populace and plundering the country’s assets.
The Revolutionary Guard Corps is the backbone propping up the clerical regime. So, it must be designated as a terrorist force without a delay.

Thousands of people have been arrested over the past year for protesting the regime. The regime killed a number of them in custody and projected the murders as suicides.
The question is, how much longer is the world going to abandon the people of Iran in the face of the ruthless clerical fascists?

In spite of this, the people of Iran will never relent. The uprisings and protests and the activities of the courageous members of Resistance Units in Iran will carry on till the day when there are 1,000 Ashraf’s (bastions of freedom) and the Liberation Army will be able to achieve victory and freedom by relying on the uprisings of the people of Iran.

Accordingly, I hereby declare the demands of the people of Iran and the Iranian Resistance, as the following:

1. Blacklist the Iranian regime’s Revolutionary Guard Corps (IRGC) and Ministry of Intelligence and Security (MOIS) by placing their whole entities on the terror lists of the U.S. and European Union;
2. Expel the agents of the Iranian intelligence services and the terrorist Quds Force from the U.S. and Europe;
3. Refer the dossier on violations of human rights in Iran to the UN Security Council;
4. Refer the dossier on the 1988 massacre of political prisoners in Iran to the International Criminal Court;
5. Oust the mullahs’ illegitimate regime from the U.N. and recognize the representatives of the Iranian people’s just Resistance;
6. Evict and sweep away the forces of Iran’s ruling religious fascism from Syria, Iraq, Yemen, Lebanon and Afghanistan;
7. Compel the government of Iraq to compensate for the properties, equipment, arms and base camps of the PMOI/MEK and the National Liberation Army of Iran;
8. And finally, recognize the right of the Iranian people’s just Resistance to overthrow the mullahs’ theocracy, the Iranian people’s right to achieve freedom and democracy, and the Iranian people’s right to establish a popular sovereignty.

Hail to freedom,
Hail to the people of Iran,
Hail to all of you and your steel resolve to realize freedom.