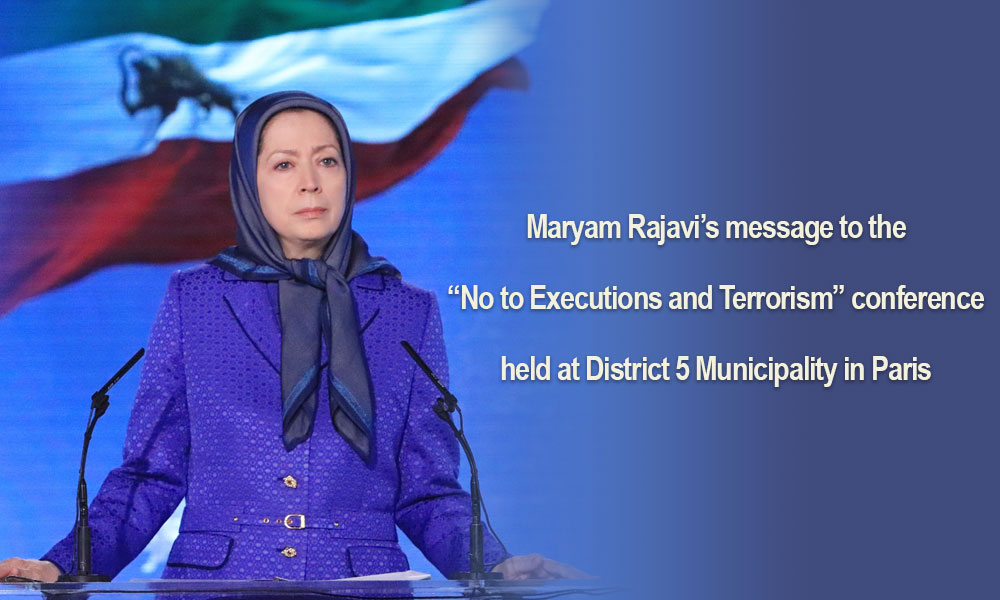 The World Day Against the Death Penalty is to promote a universal value to defend the sanctity of human life. At the same time, it points the finger at the mullahs’ theocratic regime for being the world’s top record holder of executions and for relying on massacres.

Let us salute the 120,000 valiant children of Iran, including the political prisoners massacred in 1988, who were executed by the regime for fighting for freedom.
Their deaths are an everlasting disgrace for the mullahs who have built the pillars of their rule on blood. They are devoid of any popular, humanitarian, or historic legitimacy, and the overthrow of their regime is the urgent objective of the nationalist struggles of the Iranian people and Resistance. A goal which will most certainly be realized beyond a shadow of a doubt.

According to Amnesty International, the Iranian regime carried out 507 death sentences last year. The actual number is much higher because the regime prevents the announcements of a large number of executions. As in the previous years, thousands of people are also lingering in Khamenei’s prisons across the country on the death-row, their lives being enchained as part of the society.

In addition, the mullahs viciously continue to execute prisoners who were juveniles at the time of their alleged crime. The Iranian regime is the record holder in the executions of juvenile offenders, contrary to international laws and conventions.
The velayat-e faqih regime has further resorted to more executions of political prisoners in a bid to counter the uprisings and the nationwide protest movement. Nine political prisoners were executed just this last month. At least 14 protesters arrested during the December-January uprisings have been tortured to death in the mullahs’ dungeons, but the regime projects these murders as “suicides.”

The death penalty is a tool for terrorizing the society and a significant instrument for preserving the regime. Both factions benefit from such endless savagery to prolong the regime’s rule.

The regime’s two main factions are at each other’s throat racing for their own share of power and wealth. However, they are complicit and in accord on the execution of prisoners, on suppression at home and on terrorism abroad. While the infamous Ministry of Intelligence and Security (MOIS) and the terrorist Quds Force are in charge of carrying out the homicidal terrorist plots, the government and the Foreign Ministry are tasked with justifying or denying their role.

The mullahs’ terrorism abroad is an extension of its policy of executions and torture at home. The two policies are part and parcel and it is not possible to advance one without the other.
I urge the world’s governments to stop their political and economic relations with the Iranian regime unless the regime ends torture and executions of prisoners and abandons its involvement in terrorism.

I call on my fellow countrymen and women across the nation to stand up and actively resist against the executions and arrests, and prevent the ruling mullahs from making use of this criminal tool through every possible means.

Thousands upon thousands of Iranians have been sent, one by one, to the gallows or before the firing squads over the past 40 years, under the mullahs’ rule. They are no longer able to feel the warmth of the sun and the energy of life, but as a result of their sacrifice, the dawn is near for the Iranian nation and the mullahs’ religious tyranny is doomed to go.

Thanks to the Iranian people’s Resistance and uprisings, freedom and popular sovereignty are looming in the horizon. The day is not far when the Iranian people will be able to live free from the menace of executions and torture, and Iran will become a garden blessed with freedom and justice.