Maryam Rajavi: The people of Iran are more determined than ever to continue the struggle for freedom 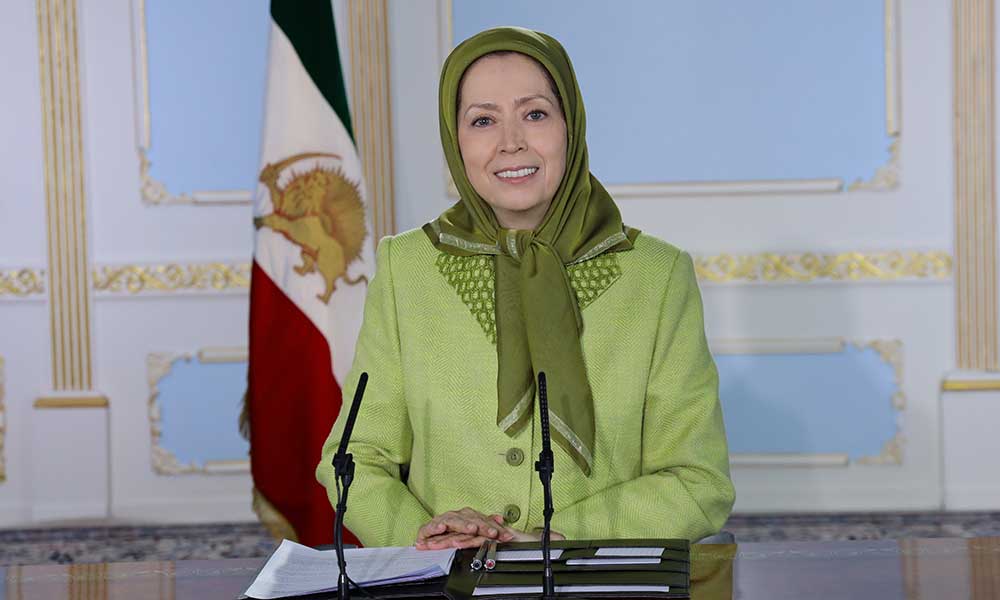 Message to a virtual conference announcing the support of the majority of U.S. Congress for Resolution 374 to stand with the people of Iran for freedom

Freedom-loving Iranians, Honorable lawmakers,
Greetings to you all for taking part in this conference in support of the Iranian people’s struggle for freedom and democracy, and for holding the religious dictatorship ruling Iran to account. The regime in Tehran is the leading state sponsor of terrorism in the world today.

First of all, I would like to thank Representatives Tom McClintock and Brad Sherman for their pivotal role in proposing Resolution 374.

This resolution, co-sponsored by a bipartisan majority of members of Congress, reflects the American people’s support for Iranian people’s desire for a free Iran, a republic based on people’s free vote, separation of religion and state, gender equality, respect for the rights of ethnic groups, and a non-nuclear Iran.

Our struggle is not for taking power, but to realize the Iranian people’s desires.
The Iranian people have struggled against two dictatorships and for freedom. They overthrew the shah and will continue their struggle to overthrow the mullahs’ regime and achieve freedom.

They are encouraged that this resolution supports one of their goals for a republic based on the separation of religion and state. The Iranian people will be inspired to know that the representatives of the American people hear their voice.
Let it be known that the people of Iran are more determined than ever to continue the struggle for freedom. They have paid a heavy price by offering 120,000 martyrs. We want the people of Iran to freely choose their own destiny.

During the protests in November 2019 and January 2020, the people of Iran demonstrated their determination to change the regime. The Iranian people and Resistance have shown that the mullahs’ suppression and crimes failed to put out the flames of freedom in Iran and cannot do so in the future.

Today, our nation, Iran, is at a critical moment in history. The regime’s regional strategy has hit a dead end. Corruption is widespread. The Iranian people realize that the suffering and poverty they face is because the mullahs have plundered our nation’s wealth. The criminal mullahs have no way out of the crisis of overthrow.
Facing such major crises, Khamenei and Rouhani tried to use the coronavirus to overshadow the public’s outrage, as well as their regional and international failures. They wanted to overshadow the November 2019 uprising, with its 1,500 martyrs.

While governments and lawmakers across the world are standing with their people against the pandemic, in Iran the regime is united with the virus against the people of Iran.
For this reason, the regime did not allocate the minimum budget or resources needed to cope with the pandemic. While the Iranian people were under tremendous pressure, the regime used the country’s financial resources to fund their proxies in the region.

These actions have caused the deaths of nearly 53,000 of our compatriots, deaths which could have been avoided.
I am delighted that a majority of lawmakers have condemned the terrorist activities of the mullahs’ regime through its so-called diplomatic missions and terrorist-diplomats.

The Iranian Resistance commends the call to hold the mullahs accountable and to adopt decisive measures, such as the closure of the regime’s centers of espionage and terror in Europe, including in Albania.
The people of Iran are encouraged to see that the lawmakers have expressed support for their right to rise up against a repressive and corrupt regime.
Now, the time has come to stop the activities of the regime’s agents and entities in the U.S. under whatever pretext.

The Iranian Resistance has always persisted on the need to re-impose the six UN Security Council resolutions and the international arms embargo against the clerical regime in Iran.