Iran: Confidential instructions by the Central Monitoring and Command of the State Security to suppress any protests, rebellions in prisons 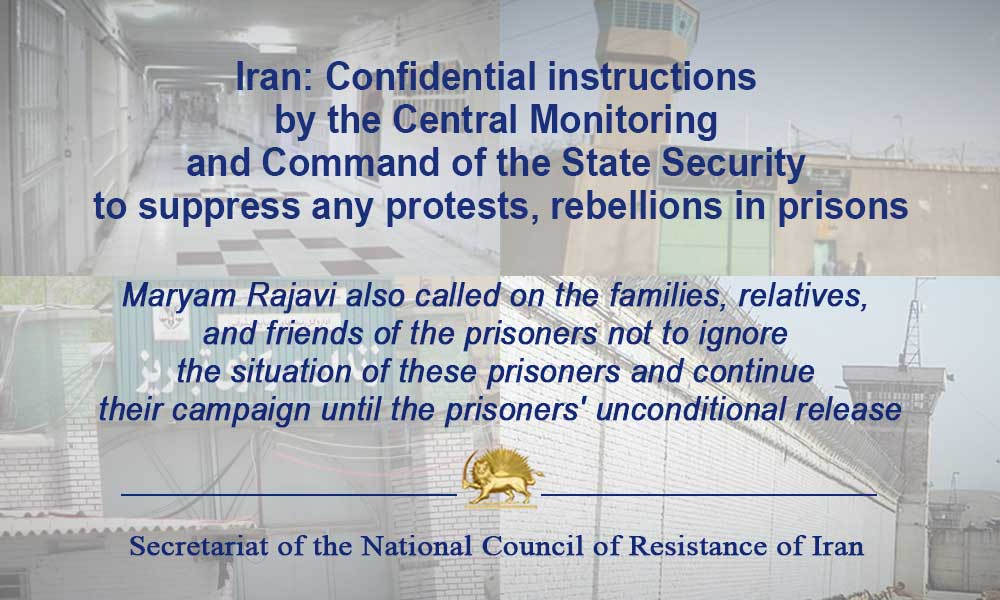 Maryam Rajavi also called on the families, relatives, and friends of the prisoners not to ignore the situation of these prisoners and continue their campaign until the prisoners’ unconditional release

The calls by hostile and counter-revolutionary currents on the families of prisoners to stage protests, the widespread dissemination of the news of the Coronavirus outbreak, the news about the shortage of medical equipment, the rumors about the state using the opportunity to physically eliminate those convicted of political and security offenses, and inciting prisoners to protest against the hygiene situation, etc. By implementing measures like providing medical facilities, sending (inmates) on temporary leave, requesting amnesty, or reducing the sentences for some, the Judiciary has tried to reduce the chance of a Coronavirus infection inside prisons. Despite these actions, a number of the more dangerous prisoners, who did not receive amnesty or leave, rioted and caused destruction. Please order that in addition to taking note of the following points, any relevant news is immediately sent to the Command and Control Center so that it could be relayed to the SSF:

1. According to instructions, it is emphasized that in order to control the situation and manage the said locations on in the field, Special Units stationed in the provinces should be under the operational control of the provincial SSF command without any restrictions.
2. In view of the issued instructions and directives, review the pre-emptive action plans, eliminate the headcount defects, use capabilities of provinces, the provincial security councils, and the Prisons Protection Unit and undertake the necessary coordination with the Prisons Organization.
3. In order to prevent any surprises, constantly monitor the news and information on social media and otherwise to acquire intelligence awareness and take the necessary and precautionary measures to prevent any disorder and disruptive security issues in prisons.
End of document

The document, an example of repression, crime, and violations of all humanitarian and international laws in Khamenei’s prisons also demonstrate the regime’s fear of the Iranian resistance’s call for the release of prisoners in the face of the Coronavirus’s outbreak and request by the Leader of the Iranian Resistance from all compatriots to provide shelter, quarantine and treat the prisoners.

Since March 21, 2020, prisoners in Aligudarz, Tabriz, Saqqez, Hamedan, Mahabad, Shiraz (Adel Abad), and Ahvaz (Sheiban and Sepidar prisons), scores of whom were killed or wounded, have demanded respect for their minimum right to survive. The regime has only responded by shooting and executing them. A rebellious prisoner Mostafa Salimi was executed in Saqqez on April 11, 2020. Mohammad Jabbari, regime’s prosecutor in Kurdistan, said, “This prisoner was one of the main planners and leaders in the escape from Saqqez prison on March 27, 2020.”

Ms. Maryam Rajavi, the President-elect of the National Council of Resistance of Iran (NCRI), has repeatedly called for an International fact-finding Commission to be sent to the regime’s prisons, to investigate the situation of prisoners, especially the missing, the injured, and the sick. Mrs. Rajavi also called on the families, relatives, and friends of the prisoners not to ignore the situation of these prisoners and continue their campaign until the prisoners’ unconditional release. The regime must release them all, and that is the only way to save them from Coronavirus infection.

Secretariat of the National Council of Resistance of Iran (NCRI)
Security and Counterterrorism committee
April 12, 2020 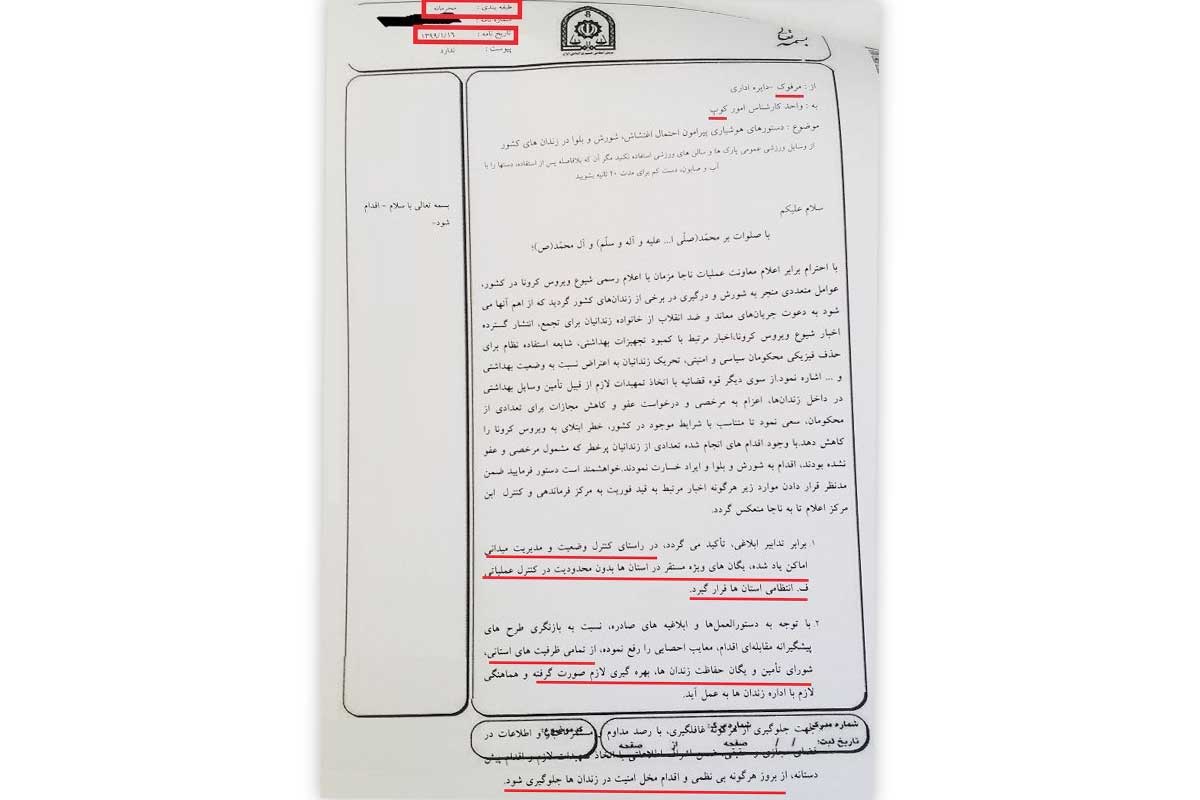