Maryam Rajavi’s Remarks Hearing at US Congress Sub-committee on Terrorism, Non-proliferation and Trade 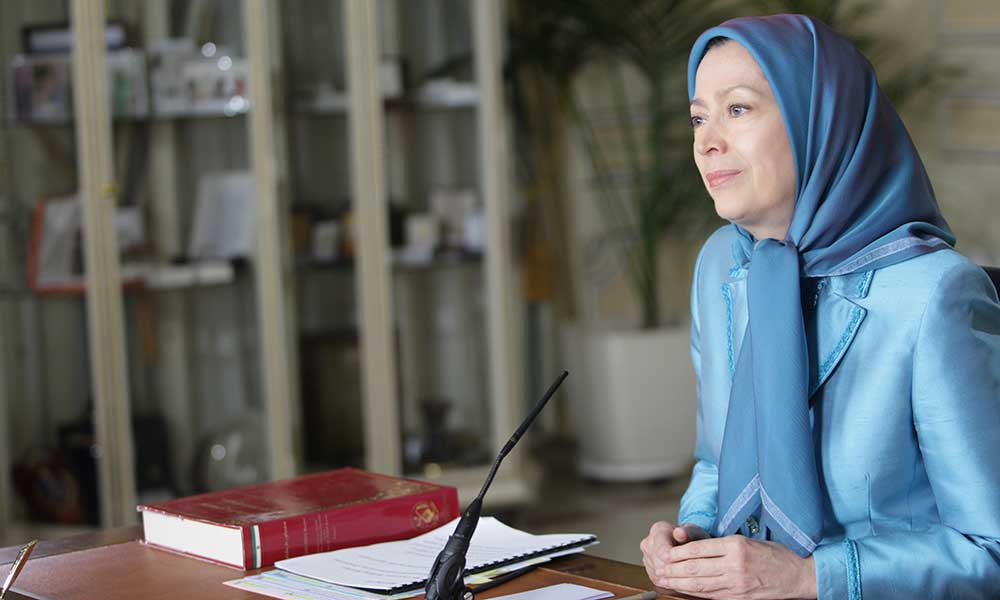 Mr. Chairman, Ranking Member,
Distinguished members of the Committee,
Thank you for giving me this opportunity to speak to you.

Today, Islamic fundamentalism and extremism, under the name of ISIS or Shiite paramilitary groups, have launched a vicious assault on countries in the region and beyond including America and Europe.

Islamic fundamentalism emerged as a threat to peace and security when Khomeini stole the leadership of a popular revolution in 1979 and established a religious dictatorship.

For 36 years, we have resisted a religious tyranny and fought for democracy in Iran.
The Iranian regime has served as the main source of this ominous phenomenon in the region and across the world.
The primary objective of Islamic fundamentalists, including ISIS, is to establish an Islamic Caliphate and enforce Sharia law.

They recognize no borders.
Aggressiveness and violence are two common features of Sunni and Shiite extremists.
As such, searching for moderates among them is an illusion.

In 1993, we published a book, “Islamic Fundamentalism, The New Global Threat”, warning about this threat and identifying its epicenter in Tehran.

We said the mullahs sought to acquire nuclear weapons to export fundamentalism and guarantee their own existence.
Unfortunately, little, if anything, was done to prevent the export of fundamentalism.
The experience of the past three decades shows that in the absence of a firm policy vis-à-vis the epicenter of fundamentalism, namely the regime in Tehran, there will be destructive consequences.

Unfortunately, failure to stop the Iranian regime’s post-2003 meddling in Iraq enabled it to gradually occupy that country, driving the unprecedented spread of fundamentalism.

Similarly, crimes committed by the Quds Force and Bashar Assad in Syria and the massacre and exclusion of Sunnis in Iraq by Maliki, coupled with Western silence, empowered ISIS.

I emphasize that the mullahs’ regime is not part of any solution to current crisis as; it is indeed the heart of the problem.
The people of Iran, indeed, call the mullahs’ regime as Godfather of ISIS and other fundamentalist groups.
The ultimate solution to this problem is regime change by the Iranian people and Resistance.
This regime is extremely fragile and vulnerable. As evident during the 2009 uprising, the overwhelming majority of the Iranian people demanded regime change.
The regime’s show of force is hollow and a result of weak Western policy.

Owing to the pivotal role of the People’s Mojahedin Organization of Iran (PMOI/MEK) as a democratic Muslim movement, the Iranian Resistance has established itself the antithesis to Islamic fundamentalism.
We believe in separation of religion and state, gender equality, respect for rights of religious and ethnic minorities, a democratic and non-nuclear Iran.
We can and we must defeat Islamic fundamentalism, whether Shiite or Sunni.
Forming an international coalition and taking the following practical steps are necessary to achieve this goal:

1) Expel the Quds Force from Iraq and end the Iranian regime’s influence in that country;
2) Enable full participation of Sunnis in power sharing and arm Sunni tribes to provide security for their communities;
3) Assist Syria’s moderate opposition and people to end Assad’s regime and establish democracy in that country;
4) Recognize the Iranian people’s aspirations to overthrow the mullahs and end inaction vis-à-vis the gross human rights violations in Iran.
5) Provide protection for, and uphold the rights of members of Iran’s organized opposition, the MEK, residing in Camp Liberty in Iraq.
6) Empower the true, democratic and tolerant Islam to counter fundamentalist interpretations of this religion; and
7) Block all pathways for the Iranian regime to acquire nuclear weapons.

But let me finish by a quote from America’s first President, George Washington, “the harder the conflict, the greater the triumph.”

Thank you very much Mr. Chairman