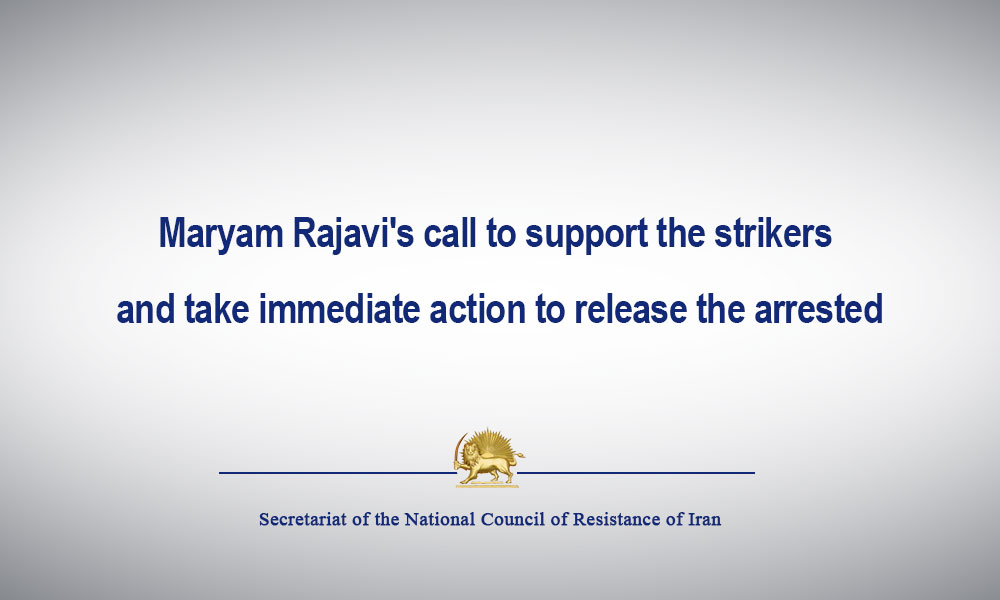 On Sunday, October 6, the powerful strike of thousands of drivers of heavy trucks and truckers, despite the constant threats and deceptive promises and strike-breaking actions of the regime, as well as the arrest of a large number of them, entered its third week.

The continuation of this nationwide strike, which has spread to 310 cities from 31 provinces, is while a large number of drivers have been arrested for charges such as “disrupting the flow of transportation and provoking drivers to strike.” The arrests took place in the provinces of Tehran, Fars, Isfahan, Khorasan Razavi, Kordestan, Lorestan, West Azarbaijan, Zanjan and Qazvin, Alborz, Hamedan, Chaharmahal and Bakhtiari, Kermanshah, Kerman and Bushehr.

The regime’s criminal prosecutor, Montazeri, threatened strikers on September 29 to “severe punishments and executions,” and mullah Larijani, the had henchman of the regime’s judiciary, said on October 1 that those who are abusing the demands of truckers to undermine road safety would be severely punished.

Before that, the Revolutionary Guards Corps news agency said that “more than 90 percent of the country’s goods transport is done through road transport,” and wrote: “Opposition groups are exploiting this capacity and are trying to prevent the truckers from loading and entering the roads so that goods remain at the terminals and ports and do not reach the people, thus causing dissatisfaction in the population and to harm country’s economy and people’s psychological safety “(Fars News Agency, September 27).

The regime’s agents took a number of revolutionary guards and plainclothes criminals to the Bandar Abbas terminal, the most important transit terminal in the country, on October 5, to pretend that the strike has ended by publishing false news. But strikers released the film of the terminal, showing that the strike continued and loading was not taking place.

Strikers are protesting the failure to implement the regime’s promises and the deteriorating livelihoods, including low freight fares, high insurance premiums, high logistic costs, and extortion of the regime under the guise of tolls and commission, calling for increased fares and hard working condition rights and retirement with 25 years of service; increased fuel quotas; eliminating the middlemen; ending suppressive behavior of road police toward drivers, and free elections to elect truckers representatives in guilds. They say the price of spare parts has increased by more than 600 percent, tire distribution is unfair, some truckers have not worked for more than 70 days because of the lack of tires. The truckers’ revenues are based on the rial, but the price of even Iranian made goods is based on the dollar. Despite the very high tolls, the roads are not being restored, which further increases the damage to trucks. Lack of road safety is one of the most important problems for truckers, which is ignored.

Maryam Rajavi hailed the noble striking drivers and called on the general public, especially the youth, to support and express solidarity with them. She described arrests and repressive measures against drivers as indicative of the vulnerability of the mullahs regime to the united strike of drivers and truckers, adding that the ruling clerics are the greatest thieves in Iran‘s history who neither want nor can answer legitimate demands of striking drivers. Ms. Rajavi called on all human rights and labor rights defenders, and labor unions to support the strikers and take immediate action to release the arrested. She said that a regime that threatens to execute its working people because of a strike must be rejected from the international community.

Secretariat of the National Council of Resistance of Iran
October 7, 2018