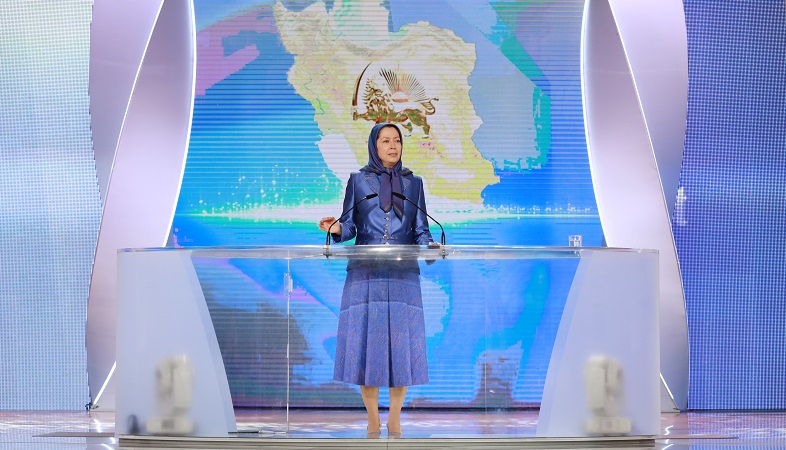 Thousands of salutes to the great martyrs of Doroud, Tuyserkan, Noorabad, Izeh, Shahinshahr, Ghahdarijan, Homayounshahr and Jouyabad of Isfahan and other Iranian cities.
With their uprising, our fellow countrymen have brought the nation closer to realizing the dreams that have been suppressed for over 100 years. They have proven that it is indeed possible to liberate Iran from the yoke of a religious dictatorship.
Today, Khamenei and his cohorts have resorted to issuing threats against the people of Iran. They have mobilized their military forces to counter the Iranian people’s nationwide uprising.
Their so-called “reformist” and “moderate” proxies, who have stopped at nothing to provide services to the mullahs’ religious fascism, have now removed their masks and are urging the suppression of freedom-loving people. They grab at any straw to prevent throngs of people from joining the growing ranks of Iranian protesters. Behind such threats, however, the regime is twisting and turning out of enormous fear.
Despite its hollow show of force, the clerical regime will not withstand the uprising of the people of Iran.
I urge the International Community to stand beside the people of Iran and the Iranian Resistance and fulfil their obligations. In addition to censuring the regime and supporting the protesters, the International Community needs to undertake specific practical measures to prevent Iran’s ruling regime from further cracking down on the demonstrators.
I urge the world community:
1.To recognize the Iranian people’s legitimate right to topple the ruling religious fascism and establish freedom and popular sovereignty;
2.To vehemently condemn and hold the Iranian regime accountable for the slaughter and mass arrests of unarmed, defenseless protesters;
3.To censure disruption of access to internet services and social media and guarantee free access for the general Iranian public to the internet;
4.To sanction the clerical regime for its systematic human rights abuses in Iran, including the massacre in 1988, and the slaughter of participants in the present uprising.
Dear friends, fellow compatriots,
The ongoing uprising in my enchained homeland is a quest for freedom, democracy and equality. It is a movement for social justice; and it is a movement which will carry on until final victory.
God bless you all.
Long live freedom.