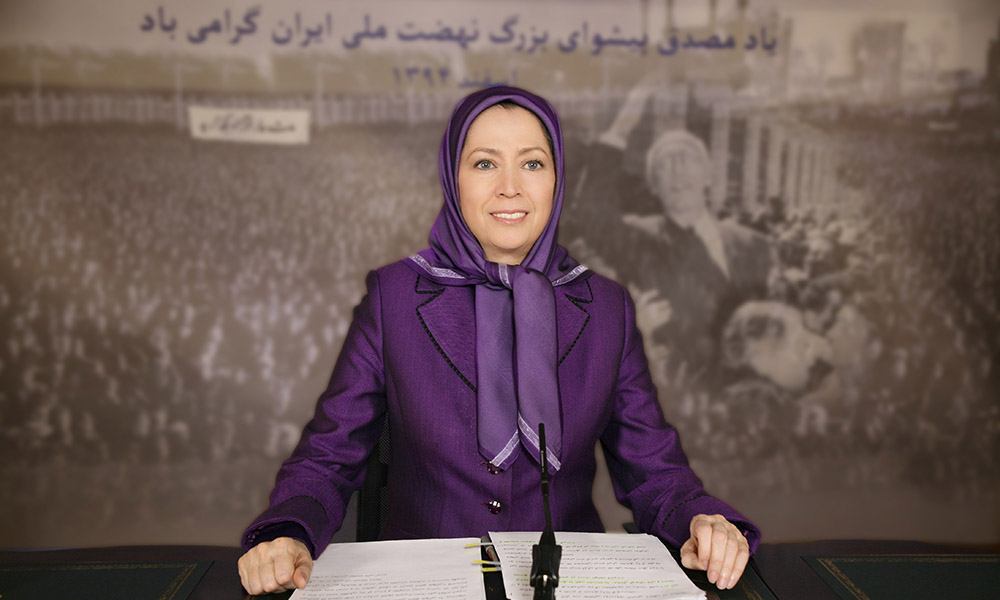 Only a few weeks after the 1979 anti-monarchic revolution, Massoud Rajavi had this to say while paying tribute to Mossadeq at his tomb: “Indeed, he was alone in his homeland, he was in exile at home, and he lived like a martyr while he was alive.”
In the grim evening of March 5, 1967, the people of Iran mourned the decease of Dr. Massadeq while the leaders and officials of the incumbent dictatorship rejoiced because they felt their government had been guaranteed forever. However, history showed who was triumphant and who was eternally cursed.
Since 50 years ago, Mossadeq has lived in the hearts and minds of every generation of his nation who have always honored his name and memory. This reality attests to the Iranian people’s profound desire for the model government established by Mossadeq despite various crises and pressures at home and abroad. His was a democratic government which relied on popular suffrage, defended genuine national interests, and was devoid of corruption and tyranny.
In addition to the nationalization of Iran’s Oil Industry, Dr. Mossadeq’s other major victory was proving that it is possible to establish a democratic government in Iran.
The mullahs, from Kashani to Khomeini and Khamenei, are enemies of Dr. Mossadeq because they see their own rejection in the Iranian people’s love and admiration for him.
A great lesson of our time is that the US-and-UK-backed 1953 Coup against the nationalist government of Dr. Mossadeq paved the way historically for the emergence of a religious dictatorship in Iran and domination of the ogre of fundamentalism over the region. Therefore, Dr. Mossadeq’s historic desire has been materialized in the Resistance that seeks to overthrow the religious dictatorship and establish freedom and democracy.
The National Council of Resistance of Iran is proud to have continued the path of the great Dr. Mossadeq by relying on selfless men and women who as he said, “have sacrificed everything they had for freedom and independence of our dear Iran.”