Maryam Rajavi: Hail to the Great Mossadeq, the Leader of the Nationalist Movement in Iran 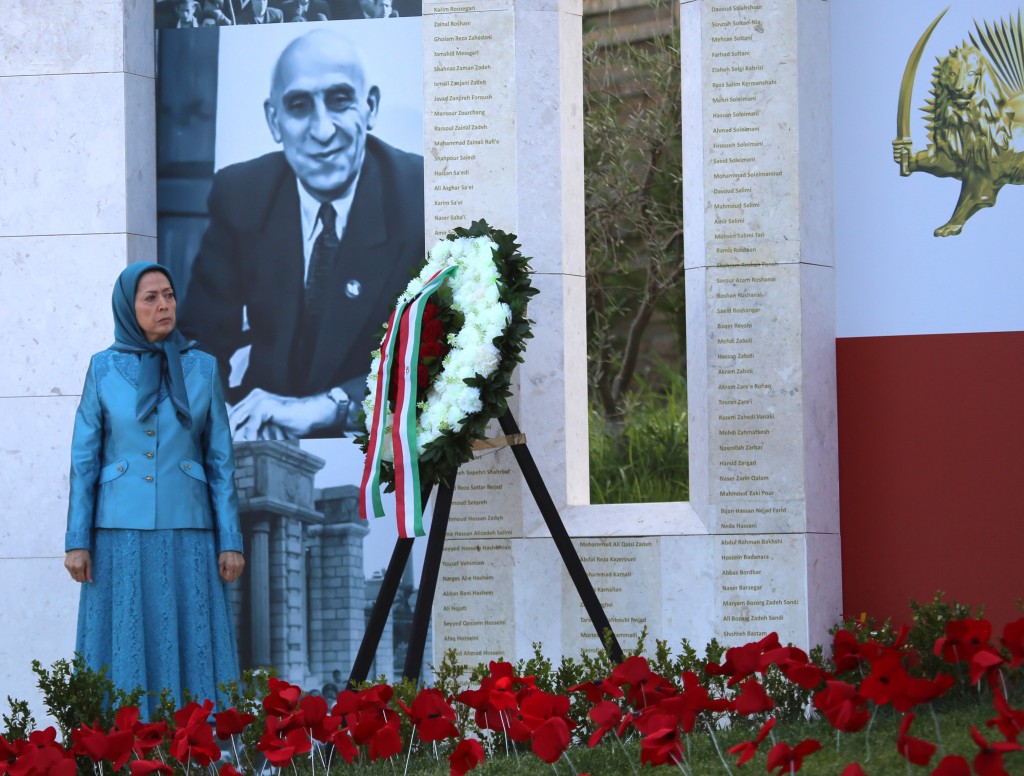 On the occasion of March 5, which marks the passing away of Dr. Mohammad Mossadeq [in 1967], and on the brink of March 20, the anniversary of the nationalization of the oil industry in Iran [in 1951], we salute the late leader of Iran’s Nationalist Movement.

As Massoud Rajavi has said: “In the course of the struggle and resistance for Iran’s freedom, independence, and advancement toward liberation at a higher level, there is not a single day that goes by without remembering him; From the day when during the struggle against the Shah’s dictatorship and in confrontation against the Shah’s secret police SAVAK and his military tribunals we found solace in his name and proclaimed: We are all Mossadeq’s children; to today, when in the course of the struggle against the Khomeini regime, which is annihilating Iran, we continue to be inspired by Mossadeq’s treasure trove of experiences, teachings and exemplary qualities.”

The great Mossadeq joined the struggle for the Constitutional Revolution in Iran. During the period known as the “Lesser Tyranny,” (1) Dr. Mossadeq was exiled to Europe by Mohammad Ali Shah. At a time when authorities in Iran were completely oblivious to the oil question and Iran’s interests in that realm, Mossadeq meticulously studied all the relevant oil dossiers and gained a profound understanding of the country’s national interests and affairs with respect to the oil industry. But his greatest expertise lied in his refusal to compromise and his readiness to make sacrifices on the path of the Iranian nation’s freedom from the yoke of dependence, backwardness, and tyranny. Perhaps it would be more fitting to say that Mossadeq came to represent the essence of the Constitutional Revolution, symbolizing the ideals of its martyrs and fallen heroes and heroines.

Mossadeq was the first political figure to oppose the coup staged by Reza Khan and Seyyed Zia [in 1921]. During the fifth session of the Majlis (parliament), he took a position against Reza Shah’s monarchy. Mossadeq himself wrote that before the parliamentary session commenced, Hossein Ala, Motamen ol-Molk, Moshiroddoleh, and Mostofi ol-Mamalek sought to avoid attending the session and were conflicted about it. Mossadeq writes: “I explained to them that a gunner is paid for ten years just to fire the weapon one day. Members of parliament are duty bound to protect the constitution. (Otherwise) … they would be akin to a gunner who abandons his post.” (2)

When they were attempting to crown Reza Khan as the monarch using a phony constitutional assembly while employing fear-mongering and intimidation tactics, it was Mossadeq’s voice that echoed in the chambers of the fifth parliament, exclaiming: “So, one person is supposed to be the king in parliament, the head of government and the ruler all at the same time? This would be a pure reactionary move, it is pure tyranny. So, why did you shed the blood of the martyrs of freedom in vain? Why did you encourage people to be killed? You should have simply declared on day one that we lied to everyone, we never demanded constitutionalism nor did we want freedom; rather this is an ignorant nation that must be educated with the help of the stick.”

Mossadeq also courageously opposed Reza Shah’s planned route for the nationwide railroad, which did not benefit the country’s economic or social development but rather served the objectives of colonial powers. Years later, the deposed Shah [Reza Shah’s son] wrote: “I remember the day when [Mossadeq], displaying utter insolence, said to my face that my father had committed treason in this regard. When I asked him why, he said my father only constructed the nationwide railroad in order to accommodate the British who sought to attack Russia.” (3)

During Reza Shah’s reign, Mossadeq spent many years either in exile or in prison. After September 1941 [Reza Shah’s abdication of power], Mossadeq was embraced and welcomed by huge crowds of people upon returning to Tehran. In the twelve years that followed, he genuinely took up the mantle of leading the Iranian society.

During the 14th parliamentary session, Mossadeq pioneered the “negative equilibrium” doctrine [or nonalignment policy], which was entirely unprecedented in the history of Iran and eastern nations. As he himself explained, this meant the “establishment of the principles of constitutionalism and freedom in the context of domestic policy, and pursuing the nonalignment policy in the context of foreign policy.” (4)

In 1950, after Razm Ara became prime minister, he told Mossadeq in the course of a conversation: “The things you’re talking about will not put one night’s food on the table for the people.” In response, Mossadeq had said: “A government run by force and bullying may be able to feed the people bread for one night or several years. But unless and until the people themselves are empowered to participate in their own affairs, they would never become the owners of that bread and would always be forced to sleep hungry.”

As soon as Mossadeq became prime minister, on the very first day and not a day later, he visited Tehran’s central prison where he was very moved by seeing hundreds of political prisoners. He told parliamentarians during a subsequent Majlis session: “You must truly be ashamed,” referring to that prison.

Mossadeq used to say that there is not a pleasure in the world that can surpass freedom of thought and expression. (5) Therefore, he issued the following order to the national police after he was elected prime minister: “There shall be no objections or hostility toward any content that is written in Iran’s newspapers about me personally, regardless of the content or the writer.” (6)

He also said: “The weight of every member of society is equivalent to the service they pay and the suffering they endure for the sake of that society.” (7)

In those days, Mossadeq faced hostilities from the most powerful foreign governments, plots hatched by the Shah’s court and its associated factions, opposition from Khomeini-type mullahs, daily obstructionism from the treacherous Tudeh Party, and weaknesses among some in his own circle. Despite all this, he was able to singlehandedly shoulder an enormous mandate and successfully bring it to fruition. Through his speeches, he was able to persuade the Majlis to support and sign his recommendations even though the majority opposed him, he outmaneuvered the Shah’s installed prime ministers, isolated the royal court, checkmated colonial powers, and inspired and elevated the Iranian people to new heights.

In fact, he infused politics in one of its highest forms with a refusal to compromise in relation to the Iranian nation’s interests and combined it with a genuine and progressive sense of nationalism.

We express our true gratitude toward the late leader of Iran’s Nationalist Movement through our relentless struggle for the overthrow of the velayat-e faqih regime [absolute clerical rule] and pursuit of the establishment of freedom and democracy in Iran. In this path, we renew our commitment with Dr. Mossadeq and his democratic and nationalist goals and his burning admiration for the Iranian nation’s freedom and independence.