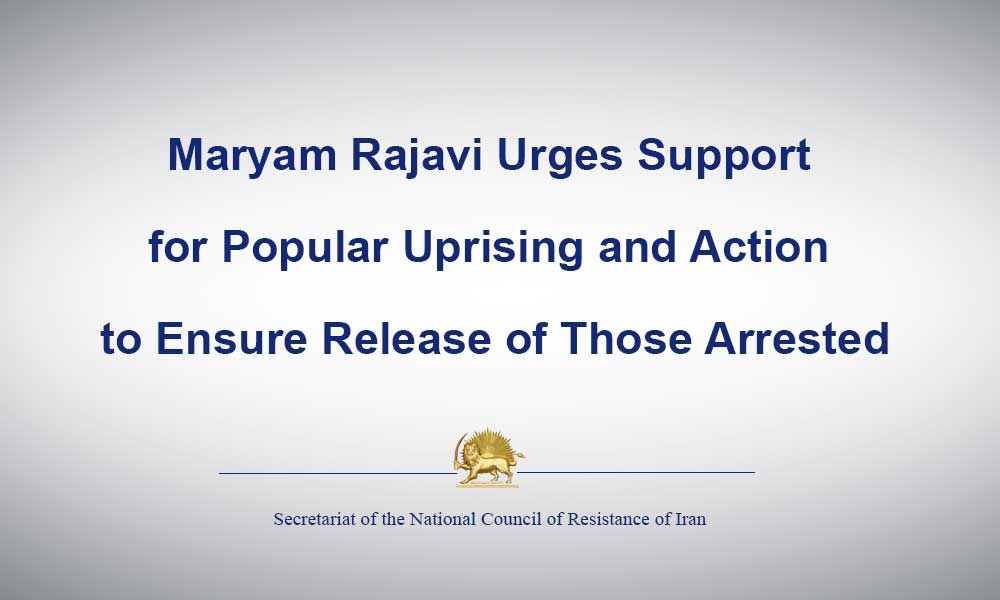 “The continuation and expansion of protest actions and uprisings despite the clerical regime’s suppressive measures, reflects the demand of the overwhelming majority of the Iranian people for the overthrow of the religious fascism ruling Iran. Poverty, inflation, unemployment, the water crisis in Isfahan and other parts of the country, the environmental catastrophe and the deprivation and dual suppression of our Kurdish, Arab and Baluchi compatriots, as well as the painful hardships endured by Iranians to make ends meet, are entirely the result of the policies of anti-Iranian and anti-human, corrupt, and suppressive mullah regime. The regime has allocated the entire wealth of the Iranian people to the export of terrorism, warmongering beyond Iran’s borders, domestic suppression, and the nuclear program, or poured it into the coffers of the regime’s leaders and their relatives,” Maryam Rajavi said.

Maryam Rajavi called on international human rights organizations to not remain silent vis-à-vis the clerical regime’s repressive measures and take urgent action to secure the release of those arrested during the recent uprisings, especially in Ahvaz and Isfahan.

Today, April 17, 2018, thousands of people in the city of Kazerun demonstrated for the second day running in the city’s main square. The Bazaaris and merchants refused to open their shops. The protesters were chanting, “our enemy is right here, but they keep saying it is America,” “No fear, we are all together,” “the movement will continue until we obtain our rights,” “dignified Kazeruni, don’t accept humiliation.” The protests, in which women played an active role, led to clashes with the security forces as the protesters tried to enter the Governor’s Office.

The merchants and Bazaaris in Baneh and Javanrud staged a strike by closing their shops for the third day running in protest against the closure of border crossings and small markets as well as the rise in tariffs. The Bazaaris in Marivan, Saqqez, and Sardasht joined the strike as well. The security forces, stationed in the city to prevent the spread of the protests, have been put on alert. In Marivan four protesters were arrested.

Thousands of people of Saman,Shahr e Kord and other cities of Chaharmahal and Bakhtiari province staged a protest against the water shortage and other problems in the city. They were chanting, “Beware if Chaharmahal takes up guns. This is Chaharmahal, taking away the water is impossible, we don’t have an industry, where can we get our bread from?”
In another development, on April 16, the families of those detained during the April demonstrations in Ahvaz staged a protest outside the Governor’s Office and the office of the Majlis Deputy from the city. The security forces attempted to disperse the crowd through intimidation. During the protests by the people of Ahvaz and other cities in Khuzestan Province, hundreds, including 11 to 15-year-old children, have been arrested whose fate is unknown.

Secretariat of the National Council of Resistance of Iran
April 17, 2018