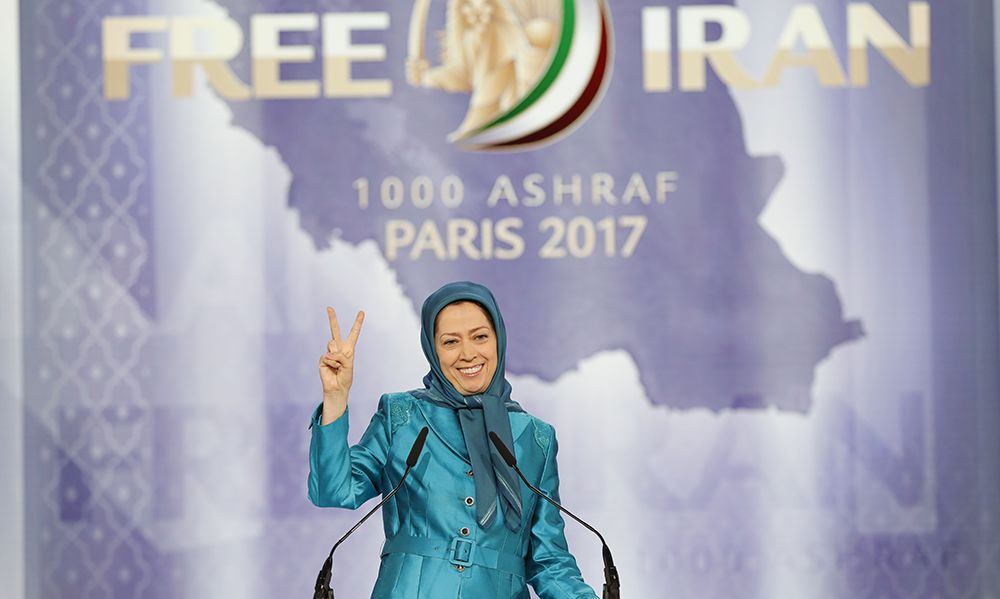 Maryam Rajavi welcomed adoption of a bill by both chambers of the US Congress which imposes new sanctions on the Iranian regime for violating human rights and pursuing ballistic missiles. The U.S. Congress also extends sanctions on the Islamic Revolutionary Guards Corps (IRGC) for its involvement in terrorism.

She added: “Since several years ago, the Iranian Resistance had urged the terrorist designation of the IRGC, as it preserves the entirety of the clerical regime and acts as its main apparatus for domestic suppression and export of terrorism and fundamentalism. However, the policy of appeasing the mullahs’ religious dictatorship paved the way for the IRGC and its proxies’ rampage in the entire region.”

Rajavi underscored the need for the immediate and complete implementation of these sanctions and their respective provisions. She emphasized that there should be no loopholes that would allow the regime and its official and unofficial entities, as well as its domestic and foreign interlocutors to evade the implications of the bill.

Maryam Rajavi urged other countries, in particular the EU and the Middle East nations, to adopt these sanctions, so as to deny the regime the opportunity to take advantage of its diplomatic and commercial ties with them and continue to suppress the Iranian people and export terrorism and war to the rest of the region.

She added: “The immediate implementation of sanctions against the IRGC and its affiliated entities must be coupled with the expulsion of IRGC and its affiliated militias from the Middle East, in particular from Syria and Iraq; this is indispensable to the enactment of this Act and a prerequisite to ending conflict and crisis that have engulfed that region.

Rajavi asserted that full implementation of these sanctions against the Iranian regime must be completed with urgent actions against officials in charge of executions, torture and particularly the massacre of political prisoners in 1988. Topping the list is Ali Khamenei, the mullahs’ supreme leader. They must face justice for 38 years of crimes against humanity. The ultimate solution to the crisis in the region is the overthrow of the illegitimate clerical regime by the Iranian people and the Iranian Resistance. Recognition of the Iranian people’s desire and right to overthrow the mullahs and establish democracy and freedom in Iran is the greatest contribution to peace and tranquility in the Middle East and the world.

The Secretariat of the National Council of Resistance of Iran
July 27, 2017