Maryam Rajavi: A historic congratulation to the Iranian people for the nationwide boycott of the mullahs’ sham election. 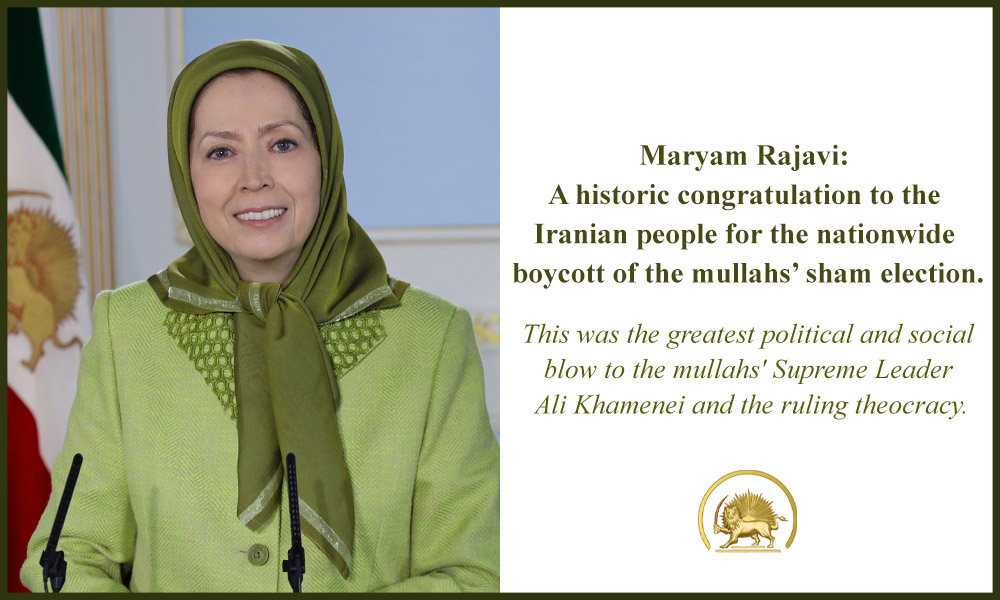 This was the greatest political and social blow to the mullahs’ Supreme Leader Ali Khamenei and the ruling theocracy.

The religious dictatorship is in a downward spiral and must be swept aside. Emerging out of this sham election will be a regime that is more disgraced, vulnerable, and fragile. It is bound to perpetuate greater crimes with the henchman of the 1988 massacre (Ebrahim Raisi). But, it will certainly be overthrown by the Iranian people’s uprising and the Army of Freedom. Freedom and a democratic republic are the Iranian people’s inalienable rights.