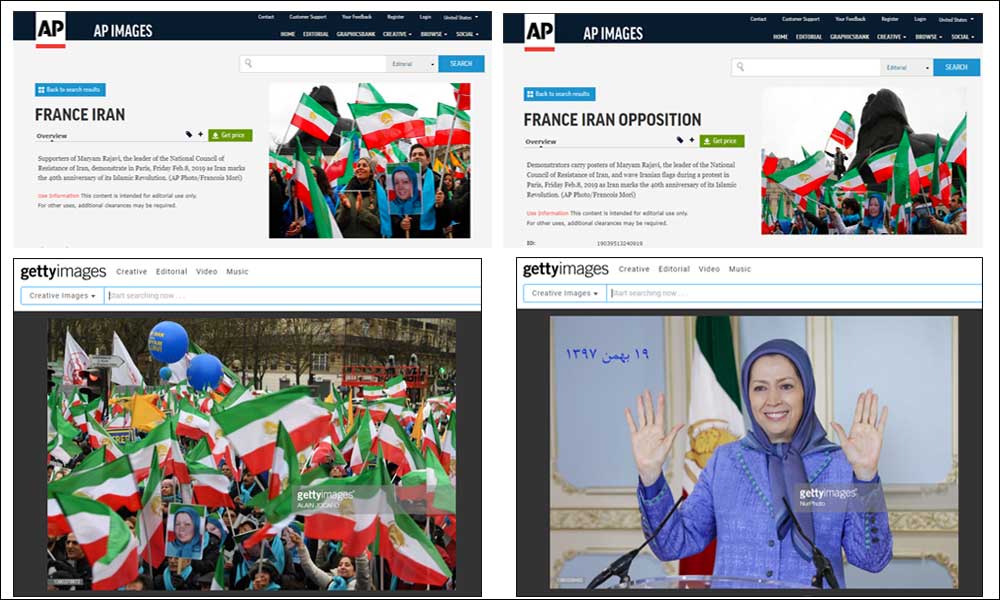 Associated Press :Supporters of Maryam Rajavi, the leader of the National Council of Resistance of Iran, demonstrate in Paris, Friday Feb.8, 2019 as Iran marks the 40th anniversary of its Islamic Revolution.

Getty Images:The 40th Anniversary Of Iran Revolution
Maryam Rajavi, Paris, France 08/02/2019 On the occasion of 40 years after the revolution in Iran, Maryam Rajavi, the President-elect of the Iranian Resistance in a video message to a demonstration of Iranians in Paris on Friday February 8, 2019, said, the policy of appeasement provided countless opportunities for the survival of the regime, especially as they obstructed the road to change in Iran by cracking down on the Iranian Resistance, blacklisting it, and restricting it.

Getty Images :
FRANCE-IRAN-POLITICS
People hold pictures of Maryam Rajavi, leader of the People’s Mujahedin of Iran, and former Iranian flags during a demonstration of the exiled Iranian opposition to protest against the celebration in Iran of the 40th anniversary of the Islamic Revolution, on February 8, 2019 in Paris. (Photo by Alain JOCARD / AFP)