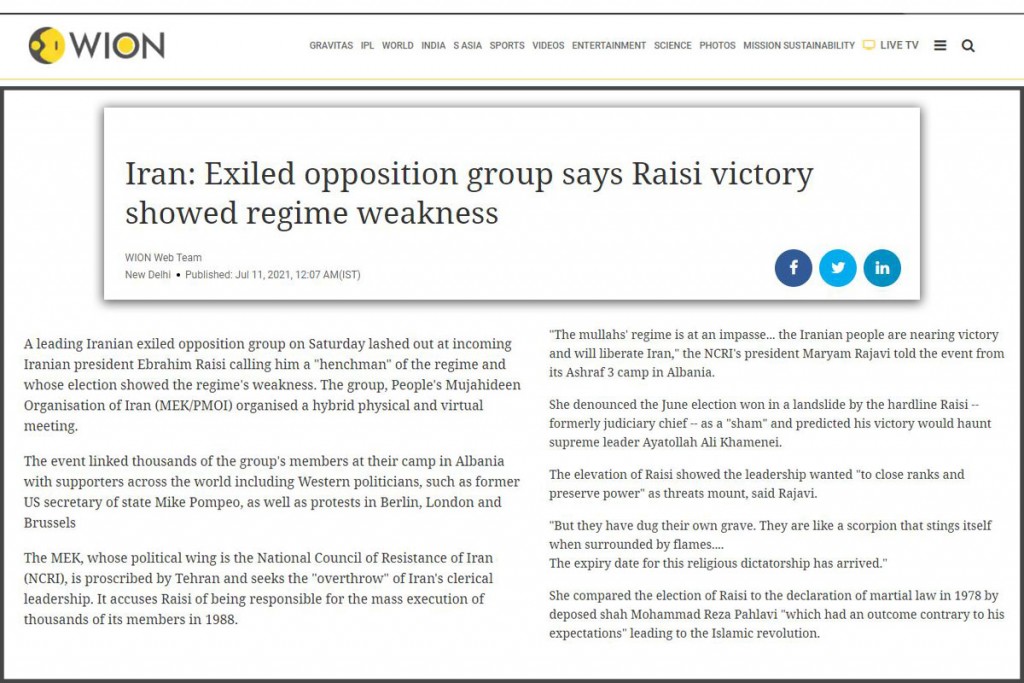 A leading Iranian exiled opposition group on Saturday lashed out at incoming Iranian president Ebrahim Raisi calling him a “henchman” of the regime and whose election showed the regime’s weakness. The group, People’s Mujahideen Organisation of Iran (MEK/PMOI) organised a hybrid physical and virtual meeting.

The event linked thousands of the group’s members at their camp in Albania with supporters across the world including Western politicians, such as former US secretary of state Mike Pompeo, as well as protests in Berlin, London and Brussels

“The mullahs’ regime is at an impasse… the Iranian people are nearing victory and will liberate Iran,” the NCRI‘s president Maryam Rajavi told the event from its Ashraf 3 camp in Albania.
The elevation of Raisi showed the leadership wanted “to close ranks and preserve power” as threats mount, said Rajavi.
“But they have dug their own grave. They are like a scorpion that stings itself when surrounded by flames….
The expiry date for this religious dictatorship has arrived.”