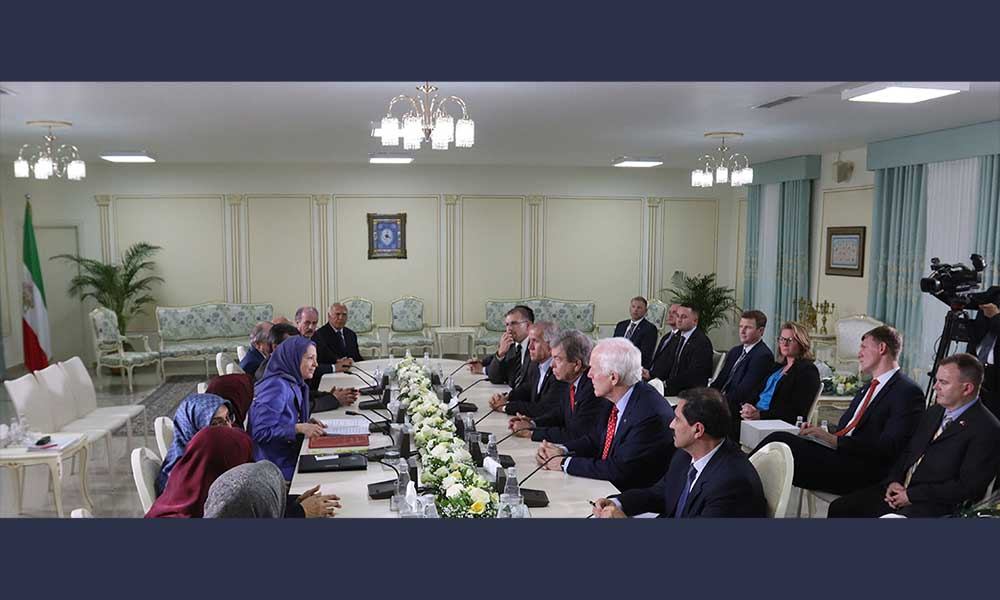 On Saturday, August 12, 2017, a senior delegation from the United States Senate met with Maryam Rajavi, in the Albanian capital, Tirana, and discussed the situation of the members of the People’s Mojahedin Organization of Iran (PMOI/MEK) in Albania, the latest developments in Iran and the Middle East as well as solutions to end to current crisis in that region.

The meeting, at one of the centers of the MEK in Albania, was initiated by Senator Roy Blunt, as the delegation was on a visit to Albania.

Led by Senator Blunt, the delegation congratulated the safe and secure relocation of all Camp Liberty residents outside of Iraq and wished them success in their struggle for democracy and human rights in Iran. Having undertaken extensive efforts to ensure the security of MEK members in Camp Liberty, Iraq, and their transfer outside that country in previous years, Senator Blunt described the relocation as a major victory for the Iranian people and Resistance and lauded the efforts of Maryam Rajavi and the Iranian Resistance for the success of this major mission.

Maryam Rajavi thanked the Senators for their decisive position vis-à-vis the Iranian regime, especially the adoption of a new resolution which imposed sanctions on the clerical regime and the Islamic Revolutionary Guards Corps (IRGC) for human rights abuses, the ballistic missile program, and the export of terrorism. She expressed gratitude for the efforts of the U.S. Senate, particularly Senator Blunt, regarding the protection of thousands of MEK members in Camp Liberty, Iraq, and their safe relocation to Albania.

Maryam Rajavi emphasized that contrary to the propaganda by the Iranian regime’s apologists, the ruling theocracy was rotten to the core and very fragile. Without foreign support, especially the policy of appeasement pursued in the U.S. and Europe, it would not have survived so long. She added that regime change in Iran is necessary and within reach because a viable and democratic alternative exists. Maryam Rajavi said equating regime change by the Iranian people for democracy with war and instability in the region is a sheer lie, the source of which is the Iranian regime’s lobby in western capitals. They demagogically turn the truth on its head, she noted, adding that the overthrow of the Tehran regime was a prerequisite to ending crisis and war in the Middle East.

Maryam Rajavi underscored the need for imposing comprehensive sanctions on the Iranian regime’s banking and oil sector, expelling the IRGC and its affiliated militias from Syria, Iraq, and other regional countries, taking urgent steps to punish the regime for widespread political executions, especially the 1988 massacre of 30,000 political prisoners, setting up a commission of inquiry to investigate this major crime against humanity with the aim of bringing to justice the perpetrators, and recognizing the aspirations of the Iranian people and Resistance to overthrow the ruling religious tyranny and to establish freedom and democracy, and a republic based on the separation of religion and state, gender equality, and a non-nuclear Iran.

The Senate delegation also met with a number of MEK members as well as witnesses to, and victims of, the Iranian regime’s atrocities in Iran and camps Ashraf and Liberty.

Secretariat of the National Council of Resistance of Iran
August 12, 2017 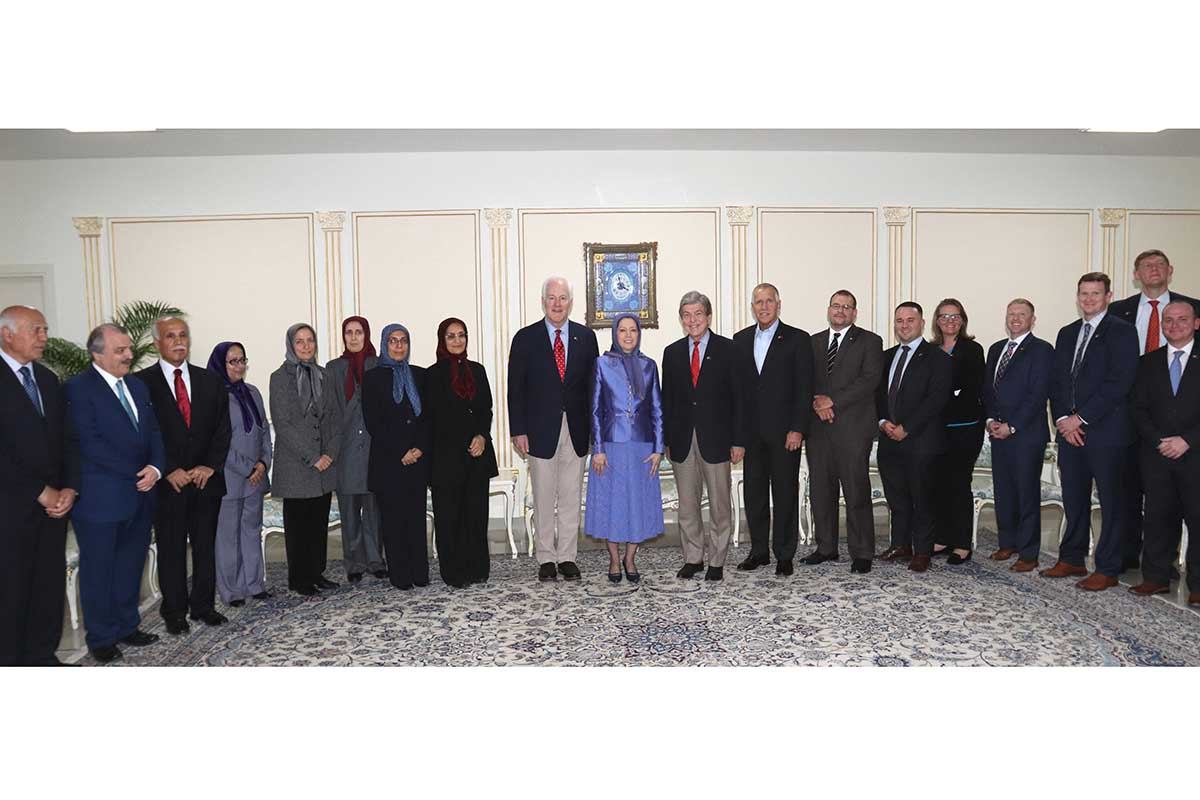 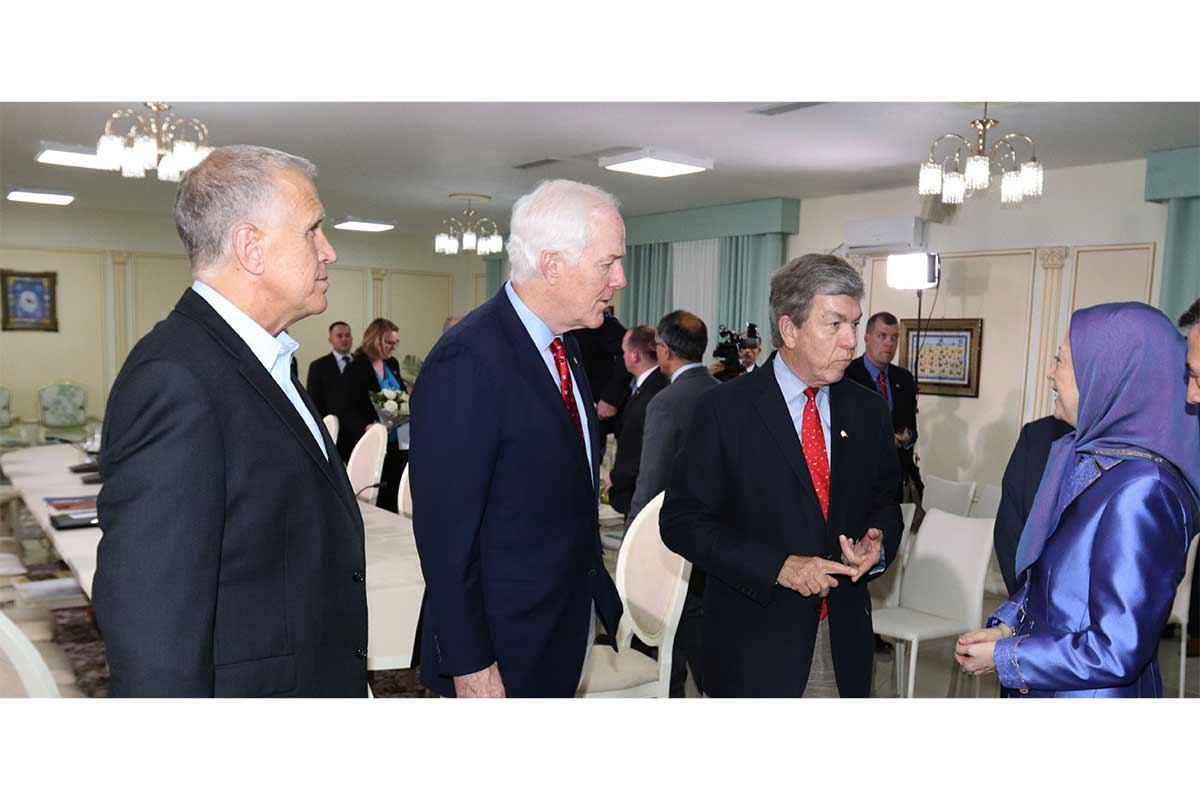