Maryam Rajavi: We do not shy away from any legal investigation and fair trial. On the contrary, we greatly welcome it 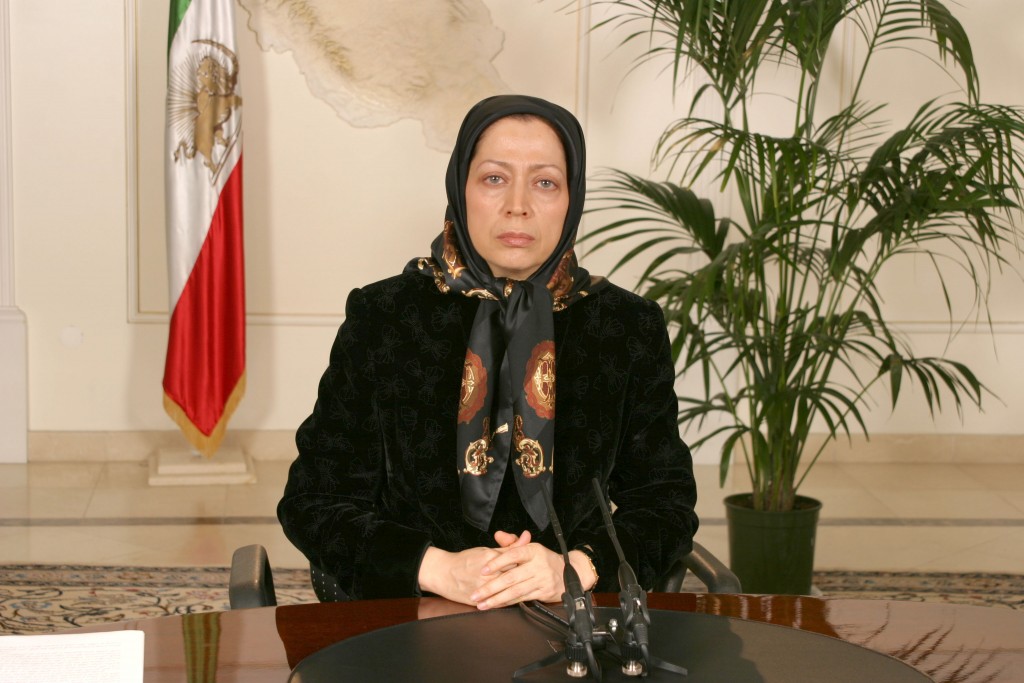 Speech to a gathering in Auvers-sur-Oise upon freedom

Greetings to you, mothers, fathers, sisters, brothers and my dear children who have abandoned your homes and your jobs and come here from throughout Europe, United States, Canada, Australia and other parts of the world to defend freedom and the resistance of Iranian people.

Greetings also to our fellow Iranians who have been staging sit-ins and gone on hunger strike in Sweden, Norway, Denmark, Britain, Germany, Holland, Cyprus, Greece, Australia and various cities in the United States and Canada.

I salute, in particular, the uprising of Iranian students, people and families and young people who are campaigning for freedom tirelessly and unabatedly and are with you.

You truly embody the honor and dignity of the resistance of a fettered nation against religious fascism, a resistance that can be seen throughout Iran and across the world and one that has been widely praised and admired.

You tolerated two weeks of fast and thirst and much suffering. During this period the noble residents of Auvers-sur-Oise were with you, supported you and comforted you. I know very well that all these were not for me but for the freedom of Iranian people.

Allow me to address the residents of Auvers-sur-Oise and tell them that you and your freedom-loving mayor and the multiparty city council represented France with all its humanitarian, moral and democratic values.

We caused you a lot of trouble in this period and we are sorry for it, but now, you are not only our neighbors, but part of our history and resistance. You are in our heart and we shall never forget what you did for us. You did everything possible for us over the past two weeks.

I am extremely grateful to women, men and children in Auvers-sur-Oise who came to our aid in our most bitter time and most difficult period. You gave us all your compassion and opened up your homes and facilities to us.

During this period, I was making every effort to stop the self-immolations. Amid all this happiness, I am deeply in pain for their loss. My heart is bleeding for them. We will not rest until the Iranian people are liberated from the claws of mullahs’ tyranny.

I only wish I had been informed of it much sooner and could stop these great and astonishing sacrifices in the history of our nation’s quest for freedom.

I am grateful to members of parliaments and senators, political and religious dignitaries from various countries and honorable church leaders and priests who joined us here. First and foremost, I would like to thank Mrs. Danielle Mitterrand, who displayed the nobility and greatness of French values and French resistance – this time against the religious fascism ruling Iran.

It was as if Mrs. Mitterrand had brought General de Gaulle, the leader of the anti-fascist movement of France, and the late President Mitterrand together with her to this place. I wish I could visit her before coming here to express my feelings to her, but it was not possible and I left it to a later date.
But I would like to take this opportunity to hail France and its values and symbols like Mrs. Mitterrand, the Human Rights League of France, the New Human Rights and all French personalities, officials, lawyers and judges through the residents of Auvers-sur-Oise and its city council whose members come from across the French political spectrum. As Henri Leclerc put it, the French judiciary showed that it would not bow to political considerations, because France is a state of law and democracy.

We do not shy away from any legal investigation and fair trial. On the contrary, we greatly welcome it, because in a fair and democratic environment, we would definitely have the public opinion on our side. We have nothing to hide.

Let me add that the European Union list of terrorist organizations stipulates that the coalition National Council of Resistance of Iran is not a terrorist organization. The terrorist tag on the People’s Mojahedin Organization was copied from the U.S. State Department, which was only and only designed to appease the mullahs. Its history goes back to Irangate fiasco. Now that all illusions about reform and moderation within mullahs’ regime have evaporated, this unjust tag must be removed.

I also stress that this place has been the office of the National Council of Resistance of Iran, and not the Mojahedin, for more than two decades. In September 1994, the Mojahedin disbanded their offices in France and other European countries and officially announced it. They only had press spokesmen in such countries as Britain and the United States.

Indeed, I believe and repeat for the attention of the government of France and President Chirac that some French intelligence services have been led astray by false information that came from the mullahs’ Intelligence Ministry and from agents pretending to be former Mojahedin members. Otherwise, there would have been no need to mobilize an armada of helicopters and boats and blow up doors and windows to come and investigate or search the premises. Perhaps they thought everyone here was armed and were expecting a major armed confrontation. The city council correctly testified that for two decades, there has been no illegal activity at the Resistance’s headquarters. In any case, I ask the French government and President Chirac to form a special commission to investigate this issue from start to finish.

The funds of this Resistance movement belong in their entirety to the Iranian people and the supporters of this Resistance. Not one euro and not one dollar has come from a government or from another country. Even though I am not personally aware of the details, I am sure that the resistance can account for every cent of this money before competent courts. You will then see that the Iranian Resistance has nothing to hide in this respect and these funds are the expenses for the families of martyrs, their children and wholly political and publicity expenditures of this Resistance within the framework of the law.

The Iranian people who have offered 120,000 martyrs and half a million prisoners to the cause of Iran’s freedom would offer hundreds of times the amount of these funds in support of the Resistance. To claim that these sums come from an Arab or non-Arab government is a pure lie, and that will be proven in court. Those making these allegations must prove them in court.

We said from day one and repeat now that as soon as the mullahs accept a free election in Iran on the basis of popular sovereignty and not mullahs’ sovereignty, and under United Nations’ monitoring, we will immediately accept it and resistance would no longer be an issue.

Who are the terrorists? Those who assassinated Prof. Kazem Rajavi in Geneva, Mohammad Hossein Naghdi in Rome, Zahra Rajabi and Ali Moradi in Istanbul, Shapour Bakhtiar in Paris and Abdorrahman Qassemlou in Vienna, or we?

Those who planted bombs in the streets and shops of Paris in the 1980s, or we?

Those who took the French hostage in Beirut, or we? Those who have carried out 450 terrorist operations in the name of Islam in the past two decades across the world and assassinated hundreds of Iranians and non-Iranians, or we?

We have always been on the side of peace, democracy, stability and security. We have never engaged and will not engage in unlawful actions in Europe, in the United States and in any other country. The supporters and sympathizers of the Iranian Resistance and Iranian refugees have only engaged in legal and peaceful activities outside Iran. It would be the same in future, too.

I emphasize that we welcome any investigation by police and all relevant agencies. We also welcome it if this case would go to court. The Iranian Resistance has not, does not and will not endanger France’s security and national interests. If you believe us, the danger is, as we have said for the past 20 years, in fundamentalism and export of terrorism by the mullahs ruling Iran.

As a last point, I want to laud the national solidarity of Iranians during this ordeal. This was demonstrated in and out of Iran by all parties, groups and personalities, even groups, parties and dignitaries outside the National Council of Resistance of Iran. This solidarity reflects the awareness, resolve and insight of all Iranian political refugees and at the same time heralds our victory. Indeed, freedom and humanity will definitely triumph in Iran. Our national solidarity bears all the markings of the coming victory.

I heard about your night of vigil and prayers here. I wish I could have joined you and honored the memory of our martyrs and commended the overflowing affection of our neighbors and every one here at Auvers-sur-Oise. I wish to cite the Virgin Mary and Jesus Christ to say that the best moments of humanity and the most fortunate moments of a human being is the moment of forgiveness.

I again extend my gratitude to each one of you, the people of Auvers-sur-Oise, the women and men across France, parties, and personalities who supported our cause. I wish you all good health and success in your lives.