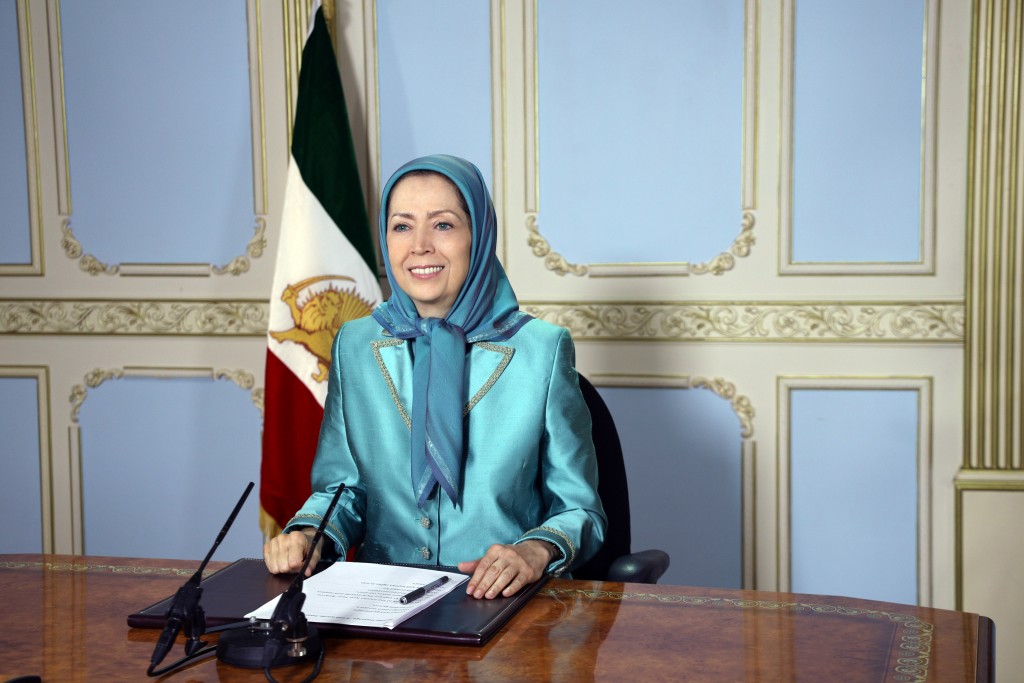 Maryam Rajavi: The people of Iran no longer tolerate life under the mullahs’ rule

Ladies and gentlemen,
Distinguished senators,
Honorable guests,
On the brink of the Iranian New Year, Nowruz, I would like to express my gratitude and respect
to all the United States senators, lawmakers, and personalities who have advocated for democracy and human rights in Iran over the years.
Today, I would like to draw your attention to the most important reality in Iran, which is the growing social desire to overthrow the religious dictatorship.
The great uprising of November 2019 brought the regime to the brink of its downfall.
Explosive conditions, extreme discontent, and the confrontation between the people and the ruling regime, have reached their peak.
People who until recently enjoyed relative stability as part of the middle class have now joined the ranks of the poor. And the poor of yesterday are suffering from starvation today.

The people of Iran have risen up

Over the past year, the regime’s supreme leader Khamenei has tried to use the coronavirus and its massive casualties as a shield of protection for the regime. He revealed his true objectives by banning vaccines from the U.S., Britain, and France.
But as the bloody uprising of the people of Baluchistan in the last week of February showed, the fire of the uprisings has risen from under the ashes of the coronavirus.
Every day, the Iranian people are using every opportunity they get to make their voices heard.
The people of Iran no longer tolerate life under the fundamentalist mullahs and have risen up to turn the pages of history.
Iranian women no longer accept oppression, lack of respect for their rights, and being second-class citizens.
Ethnic and religious minorities no longer wait for the empty promises of the regime and are standing up for their rights.
In unity with all the Iranian people, we want to establish a pluralistic republic based on human rights; A republic based on the separation of religion and state; instead of the ruling misogynist tyranny.

Dear friends,
A two-and-a-half-year investigation by the Antwerp court in Belgium revealed that the entire clerical regime has been involved in terrorism and the June 2018 terrorist plot in France.
The court convicted a regime diplomat and his agents on terrorism charges and sentenced them to long prison terms. While the regime pretends to support diplomacy, negotiation, and peace, its Foreign Ministry engages in planning and assisting terrorist activities in Europe and the United States against the regime’s opponents.

Western governments must prevent this regime from abusing their countries’ legal, diplomatic, banking and technological resources, or their democratic traditions to conduct terrorism.
The position of the Iranian regime in 2021 is totally different than in 2015.
The regime is now at its weakest point. But it wants to paint a completely different picture by threatening others.

In order to gain more concessions, the regime has tried to test the US government’s resolve by stepping up rocket attacks and crimes in Iraq, Yemen and other countries in the region, and by further violating its nuclear commitments over the past two months.
Any concessions to this regime or silence towards its crimes, will only embolden it to increase its threats more than ever before.
The only option is for the international community to show maximum resolve against this regime and to support the Iranian people in bringing down the regime and establishing a democratic government in Iran.

US lawmakers have a key role to play in promoting the right policy on Iran.
And I thank all of you for being on the right side of the history.
By removing the heart of fundamentalism and extremism, the free Iran of tomorrow will guarantee peace and security in the region and the world.
Thank you all very much.