Call for public mourning after the brutal murder of the innocent Kurdish girl, Mahsa Amini 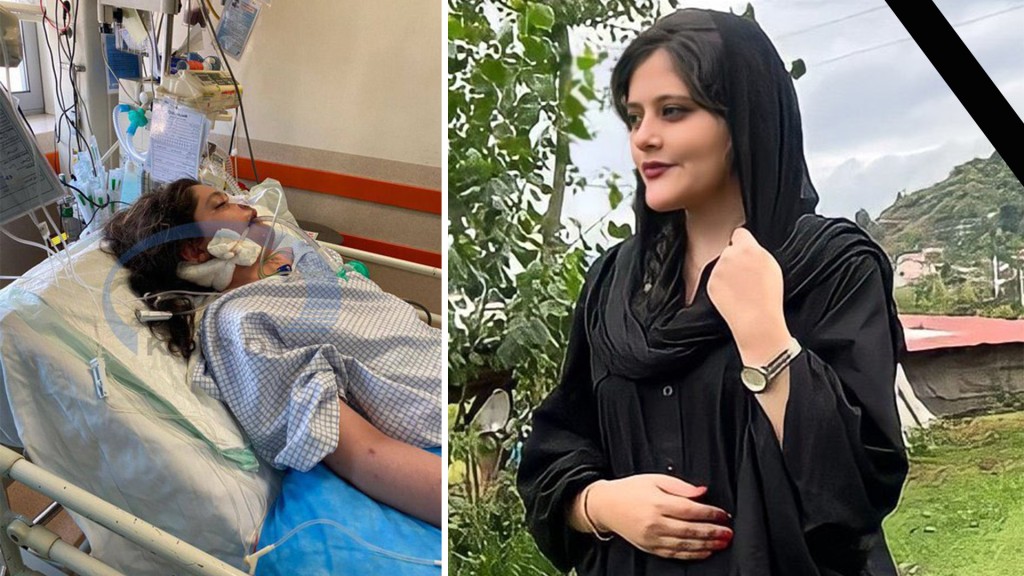 “I extend my deepest sympathies to the family of Mahsa Amini.
“The misogynistic Guidance Patrol must be disbanded.
“I call on the courageous women of Iran to protest nationwide against the mullahs’ evil and misogynous regime.
“The resistant and resilient women of Iran will stand up to the tyranny and oppression of the mullahs and the IRGC and defeat them. Iranian people and women will fight back with all their might.”

According to the statement of the Women’s Committee of the National Council of Resistance of Iran, Mahsa (Zhina) Amini, 22, from Saqqez, Iranian Kurdistan, had traveled with her family to Tehran. She was arrested on Tuesday, September 13, 2022, at the entrance of Haqqani Highway by the Guidance Patrol forces and transferred to the Moral Police station.

She protested the arrest but was severely beaten by the State Security Force agents. Because of the injuries, she was transferred to Tehran’s Kasra Hospital. After examining Mahsa, the doctors said she had simultaneously suffered a heart stroke and brain death. The brain death was reportedly caused by severe blows to her head and her skull fracture.
Fearing public outrage over this atrocious crime, Ebrahim Raisi, the mullahs’ president, ordered his Interior Minister, Ahmad Vahidi, to pursue and examine the incident.

The Women’s Committee of the National Council of Resistance of Iran strongly condemns the murder of Mahsa Amini, 22, at the hands of the repressive forces of the misogynous clerical regime.