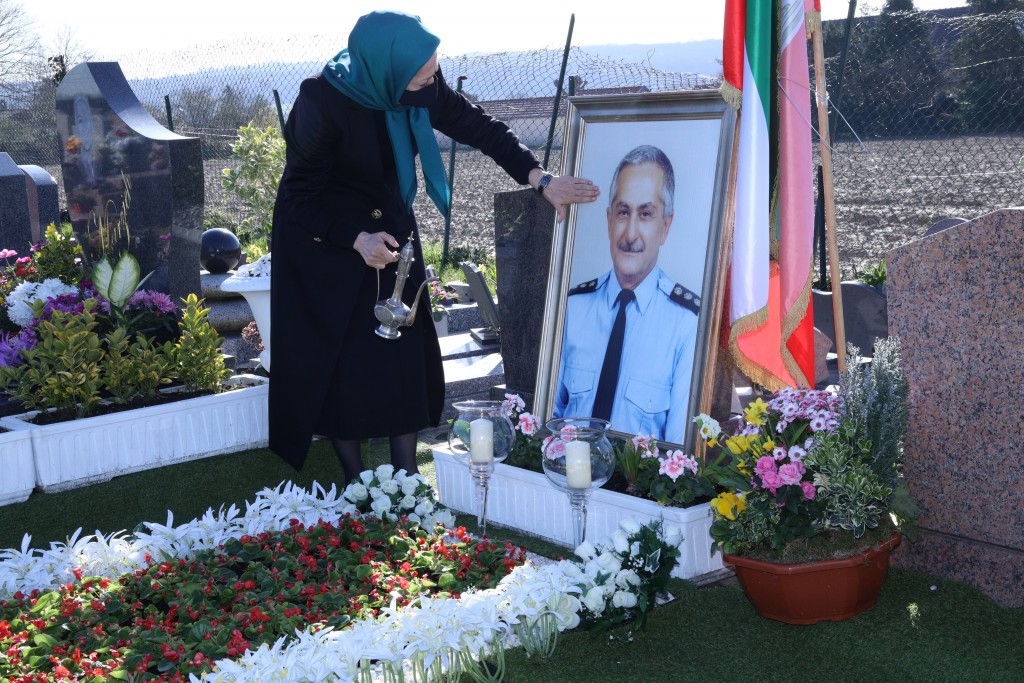 Sunday, March 28, in the early days of the Persian New Year, Maryam Rajavi visited the graves of the departed members of the National Council of Resistance of Iran and supporters of the Iranian Resistance in Auvers-sur-Oise and honored their memories.

Maryam Rajavi first visited the tomb of the national hero, PMOI pilot, Colonel Behzad Mo’ezzi, paid homage to him and scattered flower petals on his grave.

She also laid flowers on the graves of Mrs. Marzieh, the great Diva of Persian music, and Mrs. Mahnaz Jahanbani, member of the National Council of Resistance of Iran, and honored their memories.
She also visited the graves of two French supporters and friends of the Iranian Resistance, Mr. Victor Gulotta and Mrs. Marie-Lorette Guilloux. She laid flowers on their graves and paid homage to them. 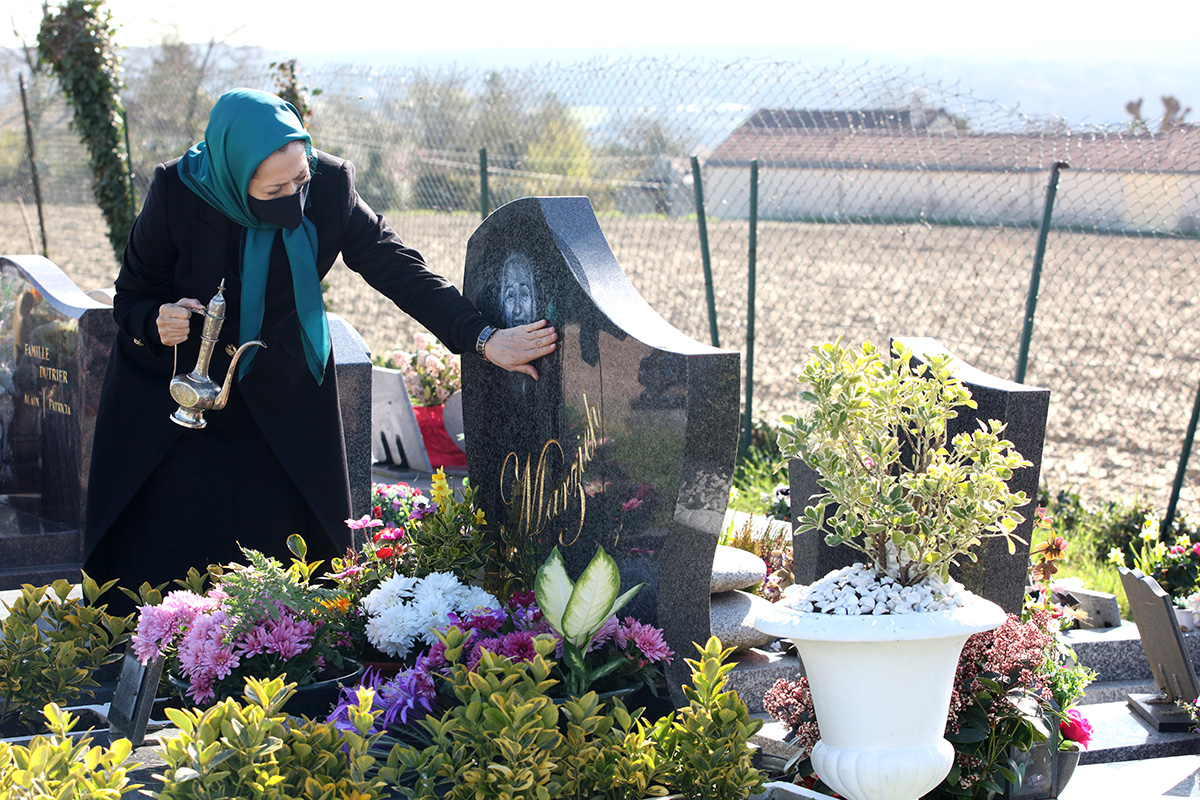 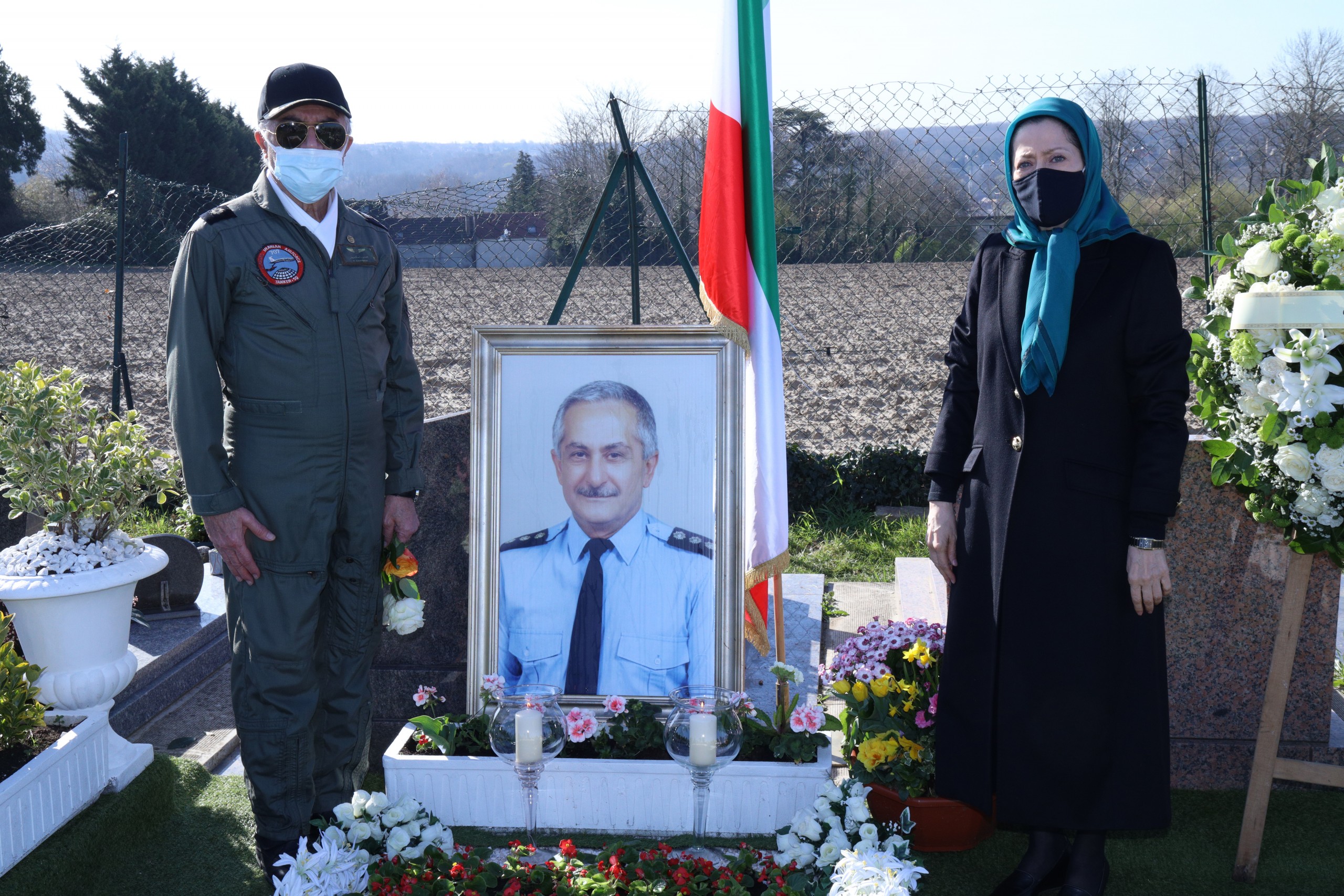