Online conference in Germany: “The right policy: Human rights, an end to terrorism, support for the Iranian people’s uprising” 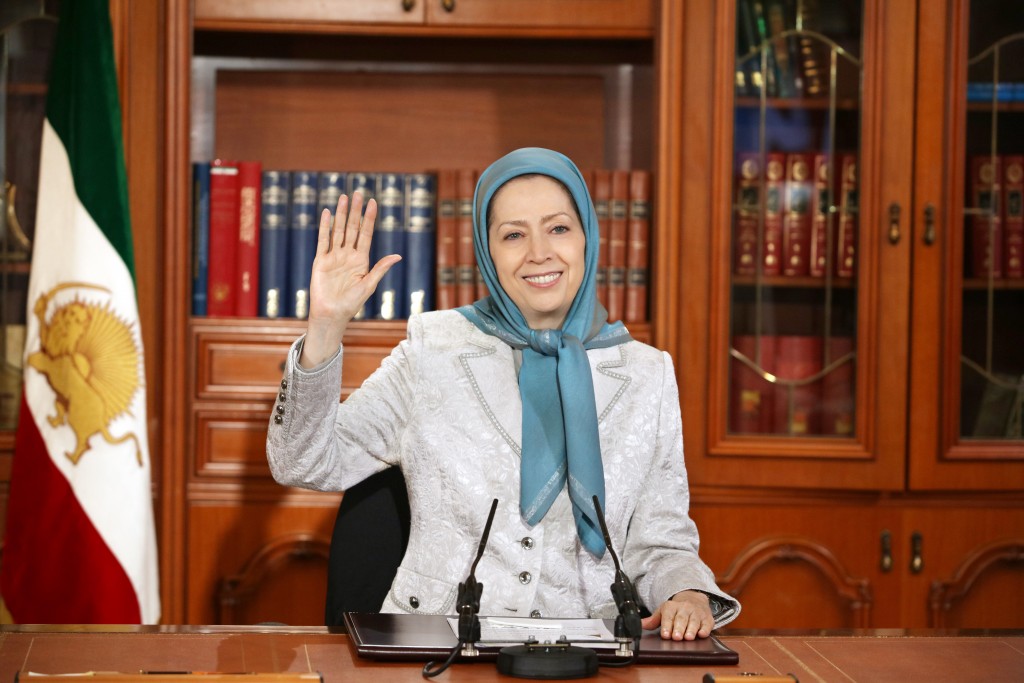 Maryam Rajavi: The people of Iran are determined to establish a democratically elected republic in Iran

Ladies and gentlemen, honorable representatives and personalities,
Greetings and welcome to all of you,
Let me first say how very grateful I am for your support and solidarity with the Iranian people and Resistance, and with the PMOI in Ashraf 3 in Albania, as they struggle for freedom and democracy.
Today, I would like to take the opportunity to talk about various developments and prospects in Iran. But before doing that, I will briefly speak to the current discussions on the clerical regime’s nuclear weapons program.

The question is whether western governments should cave in to the mullahs’ blackmail and return to the previous nuclear agreement; Or, they should choose a path that would offer a solution to the most urgent aspects of this most significant threat to global peace and security; For example, the danger of its nuclear and missile programs, its criminal meddling in the Middle East, and its violations of the human rights of the people of Iran.

Concessions will not block the path to the bomb

I must emphasize that giving concessions to the regime is not the way to prevent its access to the bomb. The experience of the past 40 years makes it clear that appeasement would only embolden the mullahs to continue committing their crimes. That is why the Iranian regime did not stop its secret activities to acquire nuclear weapons after the 2015 nuclear agreement. To the contrary, it stepped up its crackdown on the people of Iran, its destructive activities in the Middle East region and its terrorism in Europe.
One needs only review the growing trend of the regime’s terrorism in Europe since the fall of 2016.
The regime’s terrorist activities climaxed in summer 2018 when it worked through a sitting diplomat to try to bomb the Iranian Resistance’s rally in a Paris suburb.

Tens of thousands of Iranians and European citizens, as well as hundreds of parliamentarians and personalities from around the world, including from Germany, took part in this gathering. If Tehran had succeeded in its attempt, an irreparable human catastrophe would have taken place.
Following arrests and prosecution by the Court of Antwerp in Belgium, a historic verdict sentenced the regime’s terrorist diplomat to 20 years in prison, and his three accomplices received between 15 to 18 years.

A few days ago, the European Union announced that it had sanctioned several individuals and institutions of the clerical regime for their crackdown on the November 2019 uprising.
We welcome this designation, but the people of Iran expect Europe to take concrete actions against the regime for its slaughter of 1,500 protesters and for its terrorism. These measures could include downgrading the level of diplomatic interactions with the regime, closure of all its centers in Europe, which facilitate terrorism, and making diplomatic relations contingent on a halt to suppression in Iran and terrorism in Europe.
We want European countries, and specifically Germany, to refrain from selling equipment such as surveillance systems to the regime, which are used to crack down on the Iranian public.

No to mullahs’ rule

Dear friends,
The harsh reality of today’s Iran is that the society is in a volatile state and amidst revolutionary circumstances.
The mullahs’ religious fascism is at its weakest point. Khamenei and his regime are putting up a smoke screen to cover up their weakness.
The mullahs’ priorities are funding, equipping and arming terrorist groups in the Middle East region, and acquiring nuclear weapons and missiles in order to ensure their own survival. Because of these policies and because they have plundered and usurped the country’s wealth, today, 80% of the Iranian people are living below the poverty line. The conflict between the Iranian people and this regime has reached a point of no return.

The clerical regime is caught at a deadly impasse with no conceivable way out. Khamenei thinks that he can prevent the people’s uprising and the downfall of this regime by closing ranks and by stepping up repression. But this policy will only aggravate the already volatile situation in society.
Over the past year, young people and Resistance Units kept the flames of resistance alight all across the country despite the pandemic, the disease and the consequent restrictions, and despite the fact that the regime adopted the unpopular policy of using the virus as a shield to counter the people’s protests, instead of confronting it.

The people of Iran expressed their desire for regime change most clearly in the November 2019 uprising. For this reason, they view the regime’s presidential elections, which is slated to take place in two months, as theatrics, and so will boycott it nationwide.
Just this week, Iran’s pensioners held protests in 23 cities and chanted “we will not vote because we have always heard lies and not seen any justice.”
The people of Iran have always declared a decisive ‘no’ to the mullahs’ rule, no to religious fascism, no to suppression of freedoms, and no to repression and pillage.
And yes to freedom and the people’s universal suffrage; yes, to a democratically elected republic; free elections, separation of religion and state, gender equality, abolishment of the death penalty, protection of the rights of religious and ethnic minorities; and a non-nuclear Iran that respects peace and coexistence with its neighbors.

Dear friends and dignitaries,
Although the road is long and arduous, and despite domestic repression, the prospects are bright.
Now is the time for the Iranian people and Resistance to go on the offensive and advance. The time has come for the fruition of the martyrs’ sacrifices, including those slain on April 8, 2011. In fact, today we mark the 10th anniversary of their martyrdom.
On that day, in a stunning display of perseverance, the Mojahedin proudly confronted the armed forces of the mullahs’ puppet regime in Iraq. They were empty-handed, but their hearts and minds were filled with passion. With 36 martyrs, they created an unforgettable epic that is still alive and made eternal with the message of my dear sister, Saba Haft Baradaran. She used all her remaining energy to say: “We will stand to the end.”
Yes, in light of the blazing flames of the sacrifices made, the suffering and tortures that have been endured, and the Iranian people’s uprisings, let there be no doubt that the era of the mullahs’ inhuman regime has come to an end. The people of Iran are determined to establish a democratic government in Iran. And this outcome will be realized.
Now, the question before everyone and particularly before Europe is: Whose side are they on in the struggle of the Iranian people against religious fascism and for freedom.
Thank you all very much, particularly for your support for the Iranian people’s resistance, and for your support over the years for the PMOI members in Ashraf.
Thank you all very much.