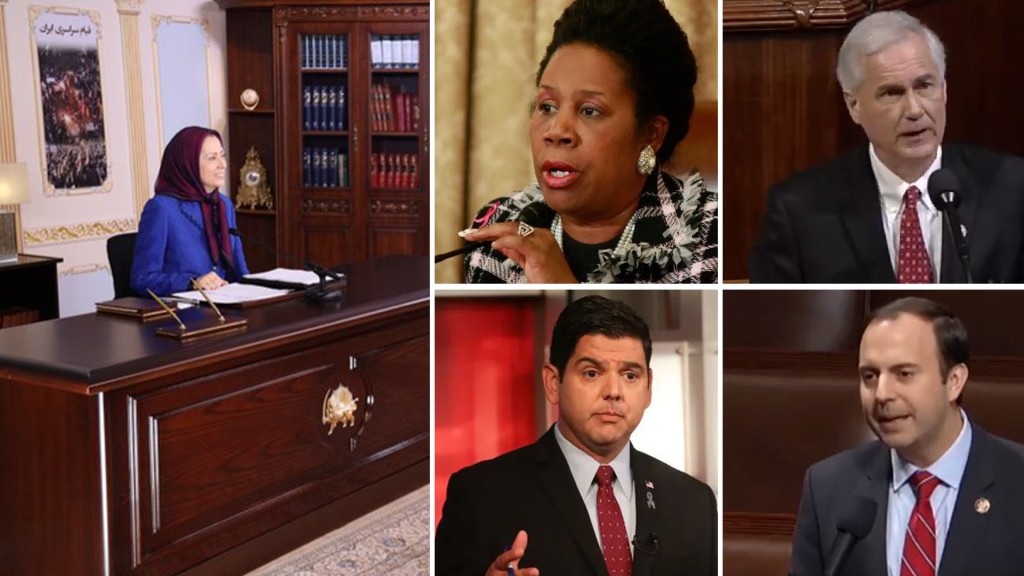 In her meeting with Rep. Tom McClintock, a senior member of the House Judiciary Committee, Maryam Rajavi gave an overview of the latest developments related to the nationwide uprising in Iran. Referring to the ongoing brutal crackdown, especially on women, she said: In these circumstances, the international community must stand up to the clerical regime and stand with the Iranian people. The time has come for the international community to recognize the right of Iranians to defend themselves and to fight to overthrow the mullahs’ regime. The Iranian people have risen up against fundamentalism and religious tyranny, which is in the Middle East’s and the world’s interests.
Congressman McClintock emphasized his support for the Iranian people’s nationwide uprising and the Iranian Resistance’s efforts to bring freedom to Iran. He said he would ask the leaders of both parties in Congress to support the uprising in Iran. He also said he would urge the U.S. Administration to condemn the regime’s violence against the people clearly and openly.

The meeting with Rep. Raul Ruiz, Chair of the Hispanic Caucus in Congress, focused on the clerical regime’s use of the Internet shutdown to censor the news of the uprising and the need to guarantee the Iranian people’s free access to the Internet.
Mr. Ruiz said the killings and arrests were terrible and must be condemned. He said he always supported the human rights of the Iranian people, especially women, and he stood by them.
He admired Iranian women’s role and courage in the Iran protests. The U.S. Congress, he noted, must send a very strong message to condemn the regime’s killings and arrests.

In her talks with Rep. Lance Gooden, a House Financial Services Committee member, Maryam Rajavi said the Iranian people were determined to overthrow the clerical regime. They seek to establish gender equality, freedom, and democracy in Iran. Noting the Internet shutdown, she said the regime aims to launch a new massacre without the world knowing about it.
Lance Gooden said he was delighted that the Iranian people had stood up for their freedom and was ready to help them in any way possible. Mr. Gooden assured Mrs. Rajavi of his full support. Knowing you and the Iranian Resistance movement, he said we should increase our efforts. In his view, the regime is presently in a situation where it could be dealt with new blows. He expressed his certainty that with the efforts of the Iranian Resistance and the progress of the uprising, Iran would be liberated.

Rep. Sheila Jackson Lee, a senior member of the House Judiciary Committee and chair of the Subcommittee on Terrorism and Security, expressed her delight in meeting with Maryam Rajavi. She recalled that she had always stood by the freedom fighters of Iran and had given them her full support.
Maryam Rajavi underlined the decisive role of the Resistance Units, especially women, in organizing and leading the demonstrations and fighting against the repressive forces. Mrs. Rajavi said it is the Iranian people’s right to rise up against tyranny. She added that the Iranian people deserve freedom and democracy, and Iranian women must achieve equally in all realms.

Rep. Sheila Jackson Lee has been a member of the U.S. Congress for nearly 30 years. She is a long-time supporter of the Iranian people and their Resistance. The Congresswoman stressed that the men and women of Iran are fighting for freedom and democracy to take control of their own destiny. That is why she gives them her full support. Mrs. Jackson Lee added that she was committed to raising this issue in Congress for appropriate action. “This is part of our fight for democracy,” she said. She assured Mrs. Rajavi that she would do everything possible to help the Iranian people. 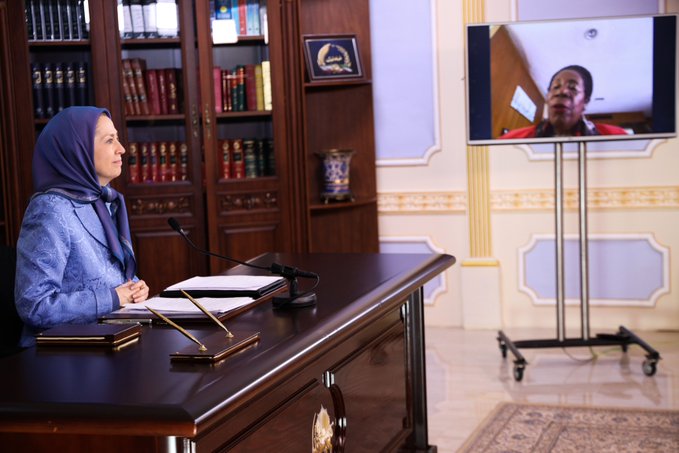