In memory of Otto Bernhardt, the friend and supporter of the people and the Iranian resistance in Germany 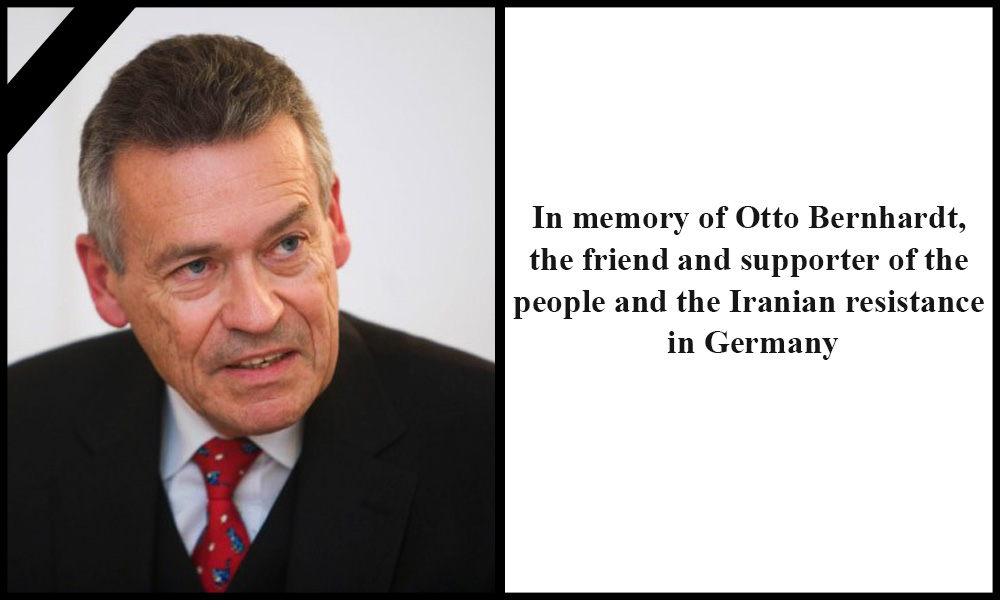 I offer my profound condolences to the people of Germany, especially to the supporters of the Iranian resistance in that country and the freedom fighters across the world, on the passing of Mr. Otto Bernhardt, a great friend of the Iranian people and resistance.

From the very beginning, Mr. Bernhardt was one of the German political figures who, by adopting a firm policy vis-à-vis the Iranian regime, rejected the policy of appeasement and the disregard for human rights violations in Iran.

A member of the German parliament and a member of the board of directors of the Conrad Adenauer Foundation, Mr. Bernhardt always defended Iran’s freedom fighters, namely the residents of Ashraf. He always spoke out against the brutal attacks by Khamenei’s agents and led the campaign to condemn the perpetrators of these attacks.

He also played a prominent and invaluable role in the campaign to remove the People’s Mojahedin Organization of Iran (PMOI/MEK) from the European Union’s terrorist list.

Recognizing the brutal nature of the clerical dictatorship and his deep belief in human values, freedom, and democracy, Mr. Bernhardt always believed in the legitimacy of the Iranian resistance and, along with other German figures, played a decisive role in countering the clerical regime conspiracies in Germany and at international forums.

I offer my heartfelt condolences to the family of this extraordinary and noble human being and wish them patience.

Undoubtedly, the memory and legacy of this distinguished German figure will be recorded in the annals of Iran’s history and remembered by the Iranian people.