On the occasion of Nowruz and the beginning of the Persian year of 1400, Maryam Rajavi held meetings with French dignitaries, residents of Auvers-Sur-Oise, and residents of Val d’Oise Province. She expressed her appreciations for their unsparing support.
She apprised them of the latest Iranian developments, the standing of the Iranian Resistance, and the democratic alternative, the National Council of Resistance of Iran, in its struggle against the ruling religious fascism.

In a meeting with Jean-François Legaret and Jean Pierre Muller, co-presidents of the Committee of French Elected Representatives for a Democratic Iran, Maryam Rajavi admired the activities of this committee. She emphasized that the people of Iran will never forget elected representatives of the people of France who supported the Iranian Resistance against religious fascism in their most difficult days.
Referring to his visit to Ashraf 3 in Albania, Jean-François Legaret said: The PMOI members in Ashraf are examples of resistance and humanitarian values. They are role models. Their spirit of solidarity in a common struggle is admirable. You embody their aspirations. Mr. Muller and I are from different political parties. We have the experience of party membership and representing our people. But we had never experienced such a unity and cooperation in our political experience. The experience we had with your resistance is exemplary and inspiring. It shows us that one can change their surrounding life, environment and the world with determination, energy and courage.

Jean Pierre Muller also said: Ashrafis are exemplary human beings. We were amazed by their courage and humility. We had a great time with them. They are very respectable people. Your struggle has given us energy. We got to know and hear the stories of people the likes of whom we had never met. 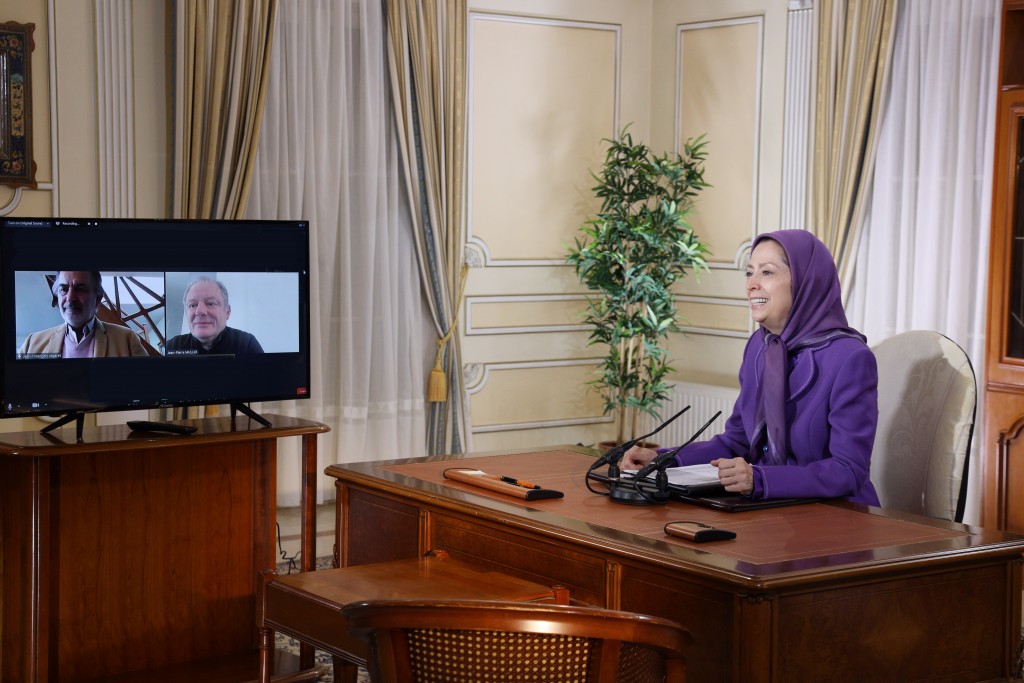 Gilbert Mitterrand, President of France Liberté (Danielle Mitterrand Foundation), extended his congratulations for Nowruz and recalled his mother, Danielle Metterrand’s long-time support for the Iranian Resistance and the PMOI members in Ashraf. He expressed his interest to pay another visit to Ashraf 3 in Albania and said: My mother liked you very much, because of your struggle and your own special character. She found herself in you and your values.

Alain Vivien, former advising minister in foreign affairs, also congratulated the New Year. Emphasizing his continued support for the Iranian Resistance, he said: Fighting the clerical regime is indispensable to peace and tranquility in the (Middle East) region. And the trend of developments makes it imperative to adopt a firm policy against the regime. 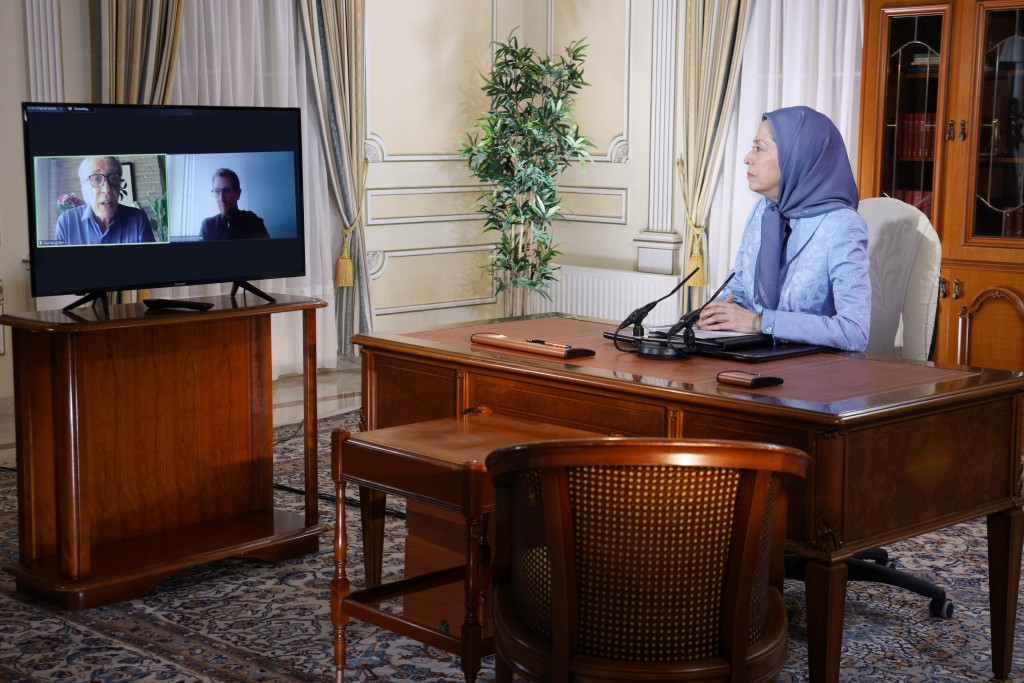 Governor Yves Bonnet, head of the French Counter Intelligence Service (DST) under President François Mitterrand, said the Iranian Resistance’s victory is the only fundamental solution for the crises in the Middle East. He said the international community is dealing with a regime in Iran which does not comply with any rules. We have never seen such an example, anywhere. Even the Mussolini regime respected the international law more than this regime does. Unfortunately, this regime is ruling a country which used to be a reference for human history. In contrast, your resistance is a victorious resistance. This is an extraordinary phenomenon which has endured for 40 years and has been able to stabilize itself in Iran and abroad. 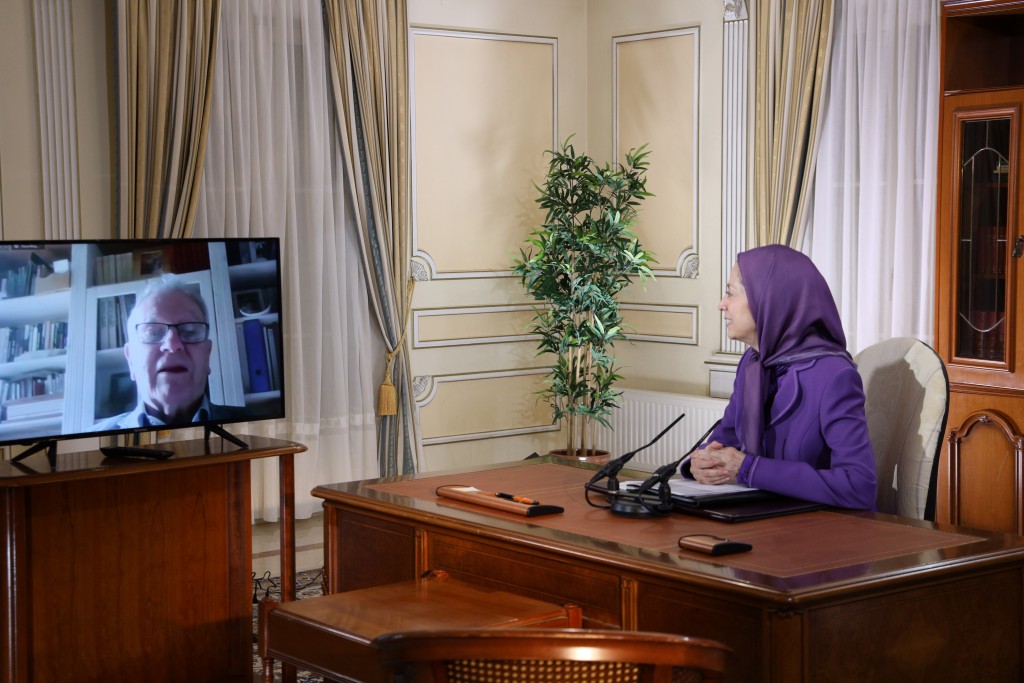 In her meetings with neighbors in Auvers-Sur-Oise and residents of Val d’Oise Province, Maryam Rajavi expressed her appreciation for their precious support for the Iranian people’s Resistance, adding: When the clerical regime’s calamity is gone, the era of freedom, peace and tranquility will start after four decades not only for the people of Iran but also for the Middle East nations.
The Iranian people and Resistance want the U.S. and Europe to not give in to the mullahs’ blackmail and stand up to this repressive regime’s violations of human rights, and its threats to the region and the world, including its terrorism, nuclear and missile programs, and meddling in the region.

If human beings move together in solidarity, and if anyone thinks of others before thinking of himself, then one can delete the word ‘cannot’ from the dictionaries, Maryam Rajavi said referring to the need for human solidarity in fighting the Coronavirus pandemic.
She added: With your assistance, the PMOI in Ashraf and we, in the Iranian Resistance, have been able to make possible many things which initially seemed to be impossible.
Addressing the French supporters of the Iranian Resistance and in reference to the phrase “impossible is not a French word,” Maryam Rajavi added, “One can always find a solution. But to do so, one must remain steadfast and cooperate for a common goal. This is why I am confident that with the resistance and struggle of the PMOI in Ashraf 3 and with your support, we can defeat the clerical regime which is the worst virus for humanity. “
“The vaccine for this virus is the Iranian Resistance with all its loyal friends from around the world,” Maryam Rajavi said.

The neighbors in Auvers-Sur-Oise and residents of Val d’Oise underscored their support for Maryam Rajavi’s goals and insisted on their solidarity. They renewed their pledge to stand by the Iranian people in their resistance for freedom. 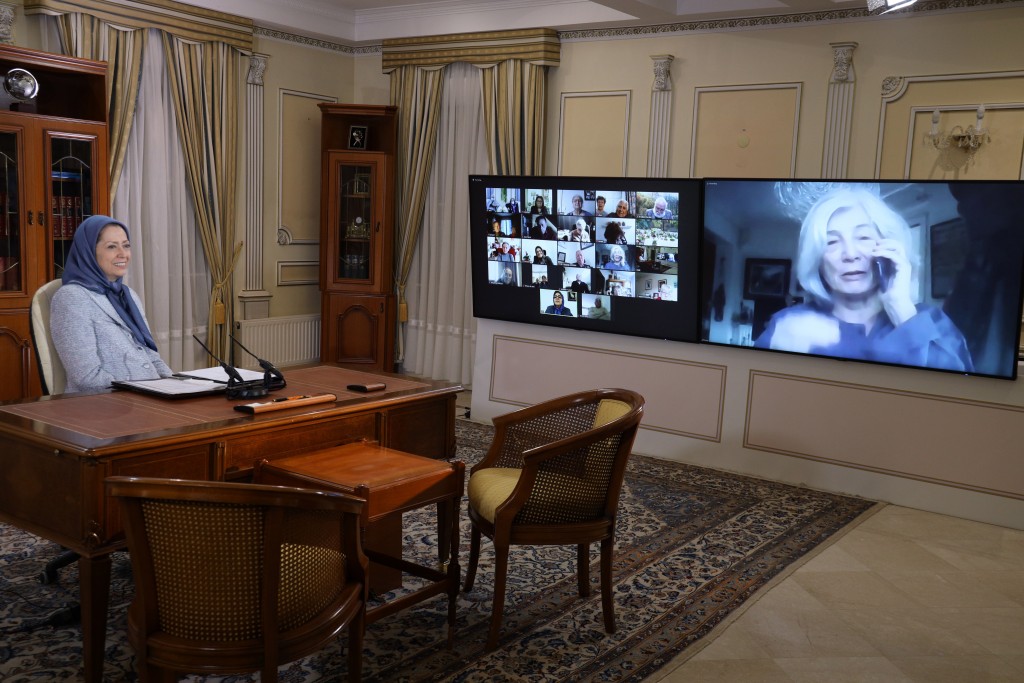 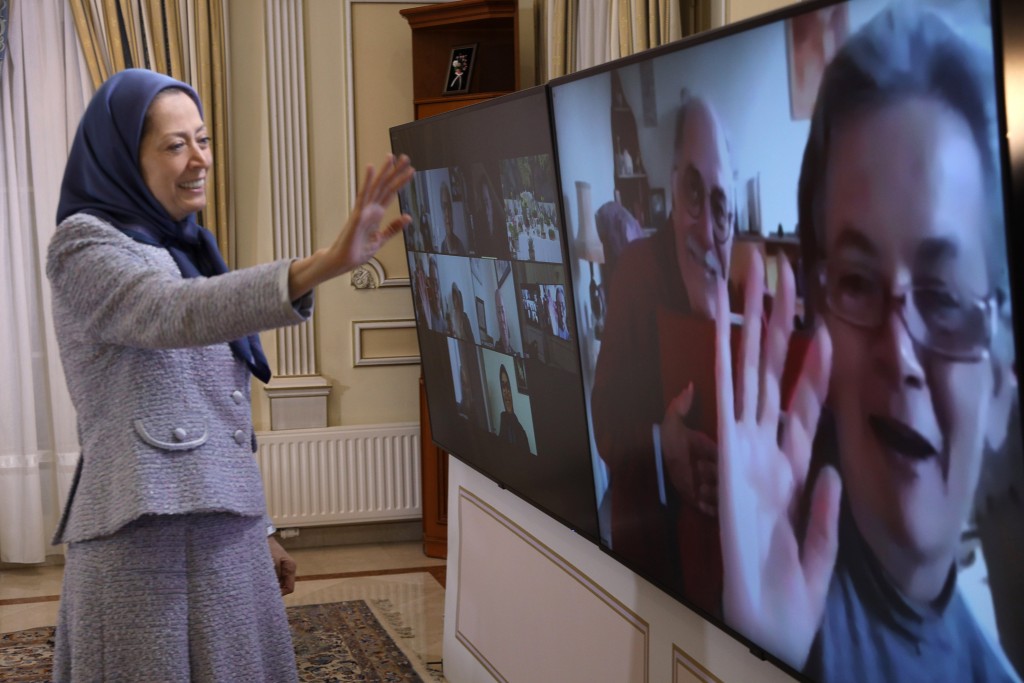