Iran’s great “house cleaning” is on the way 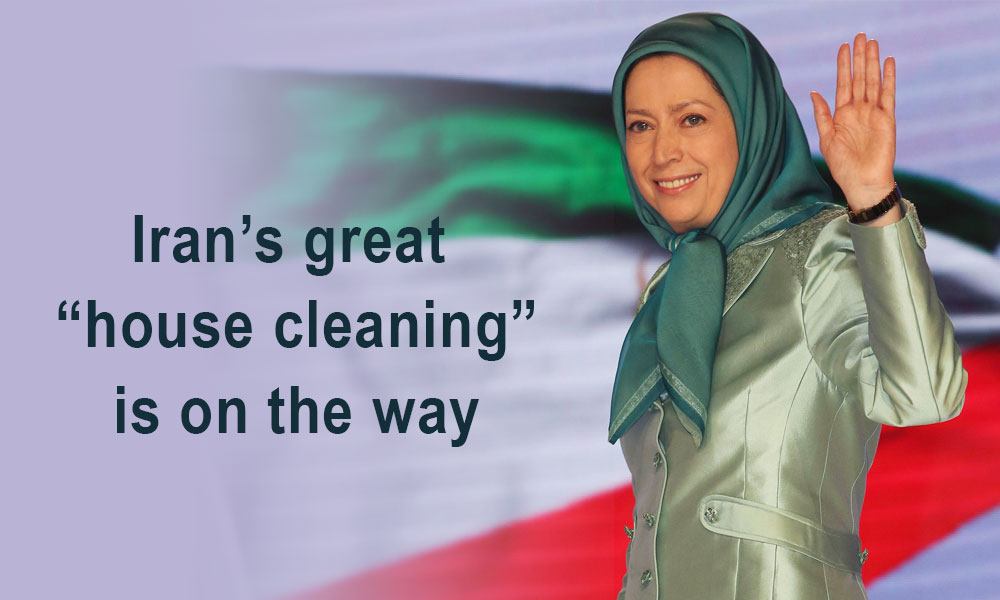 This winter, entwined with protests and uprisings, is now going to give its place to spring in such a way to prepare the future year for movement and uprising and for advancement towards victory and freedom.
In reality, the protests did not stop their movement despite widespread arrests and especially the regime’s slaughter of innocent youths under torture. The movement continued to thrive in the general strike of Baneh, the extensive protests of the Steel workers of Isfahan, the protests by workers of Haft Tappeh Sugar Cane Factory in Khuzistan, and the uprising of the farmers in east Isfahan. Waves of protests follow one another.
This is how people rise up and create their genuine feast of freedom.
The rise of this blissful Nowrouz is coupled with the fall of the old regime and the ruling fundamentalists. The mullahs’ religious tyranny faces multiple challenges: A powerful popular protest movement, an internal fight over Khamenei’s heir, its shrinking financial resources, a deadlock in the war in Syria, international tensions over its ballistic missile program and the JCPOA, the defections from its Revolutionary Guard Corps (IRGC), etc. However, the most terrifying for the regime are four major incidents:
The most terrifying things for the regime are four major predicaments: The ubiquitous chants of “death to Khamenei”, eruption of the protests despite maximum suppression, and the absence of external escape goats such as the war with Iraq or the fight against Daesh, and assistance from advocates of the policy of appeasement. This year, in contrast to the previous years, the regime has no way out.
The clerical dictatorship is at an impasse which is the product of years of steadfast perseverance of the people of Iran, their valiant children in the PMOI, and the protesters. This is, of course, very important but what is more inspiring for the people of Iran is the new horizon which has emerged through the uprisings in December and January and is going to answer the question of regime change by 1,000 bastions of rebellion, 1,000 Ashraf’s and the Army of Freedom.
The time has come for the great house cleaning in our homeland.
Iran’s genuine Nowrouz is on its way.