Iran uprising flares up from the thirsty and suffering Khuzestan 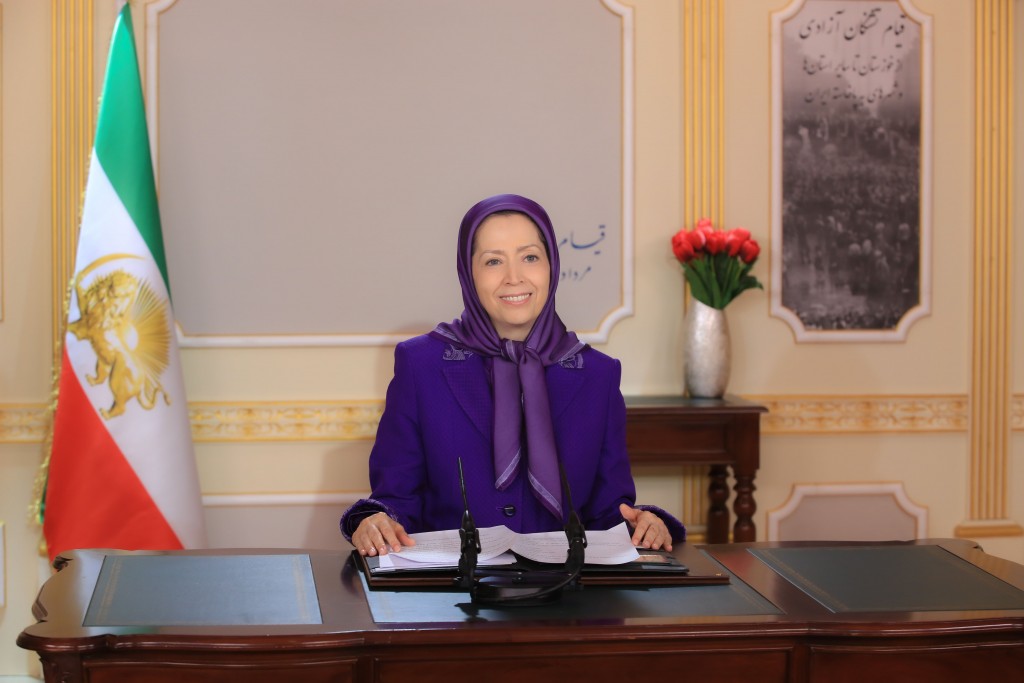 Maryam Rajavi: Rise up and hoist the flags all across the country to welcome the dawn of freedom

Fellow protesters, My Arab compatriots in Khuzestan,
Men and women of Tabriz, Tehran, Karaj, Isfahan, Kermanshah, and across Iran,
Courageous members of the Resistance Units,
Sisters and brothers,
Sons and daughters,

Iran emerged out of the heavy burden of two ominous viruses, the Coronavirus and the virus of religious fascism. It has once again risen up. Iran will not give up and will not accept humiliation.

If one part of the country is afflicted with pain, in Khuzestan,
The other parts of Iran uneasy will remain.
From Azerbaijan and Kurdistan to Lorestan, Khorassan, Sistan and Baluchestan, Chaharmahal-e Bakhtiari, and Isfahan.

For one and a half years, Khamenei deliberately allowed the spread of the Coronavirus to prevent what ultimately took place. He said he wanted to take advantage of the Coronavirus as an opportunity to save the regime through the strategy of “mass human casualties” and by banning the purchase and import of vaccines from Europe and the U.S.
However, this time, the Iranian people’s uprising flared up from the thirsty and suffering Khuzestan. Moreover, it has spread to at least 14 provinces so far. This uprising will carry on until the overthrow of the regime. This uprising for freedom will pave the way for victory.
Hail to the defiant generation determined to bring down the bloodthirsty, backward, predatory, and corrupt ruling clique and establish a democratically elected, prosperous, and free republic in Iran.
Hail to the families of the martyrs of Izeh, Ahvaz, Shelangabad, Kut Abdollah, Mahshahr, Jarrahi, Aligudarz, Taleghani Township, and Shush.
These martyrs laid down their lives for the Iranian people’s freedom. They have not died in vain. They are livelier than any other living human being because they have restored life and the fighting spirit of the Iranian nation’s struggle for freedom.
The flames of the uprising put Khuzestan in the spotlight and opened the eyes of the world to the dreadful calamity the mullahs’ have inflicted on this oil rich province.
Under the mullahs’ rule, particularly in the past two decades, [the mullahs’ supreme leader, Ali] Khamenei and his Revolutionary Guard Corps (IRGC) destroyed Khuzestan for their own financial and security interests. They have turned Iran’s most water-rich province into a place where its people are not only burning in poverty and unemployment but have lost their homes and live in slums. They do not even have water and cry out, “we are thirty.”
Nevertheless, today, the heroes of Khuzestan and other provinces have risen to put an end to this oppressive rule.
Hail to the rebellious youths and the courageous members of the Resistance Units who lit fires and prevented the regime from dispatching reinforcements to the suppressive forces. These were part of the efforts and actions the defiant youths have undertaken to shatter the spell of repression and elevate modus operandi to escalate and spread the protests and expand the Iranian people’s uprising.
With hundreds of clear indications, the uprising has shown that the Iranian society is in a revolutionary state and that social readiness for the regime’s overthrow is at its maximum.
However, the regime will not fall automatically. As the leader of the Iranian Resistance said, we must fight and resist hundred times more. In confronting such a regime, the only path to freedom is the Liberation Army.
Yes, this is how rebels will win victory!

The young generation of Iran,
Girls and boys, defiant youths,

You have preferred to rise up rather than staying silent and hopeless; you cherish the value of freedom and you are fighting for it,
At the end of one century of oppression, the fate of Iran’s history for a free and prosperous republic is in your hands.
Your uprising from Khuzestan to Tehran, Tabriz, and Isfahan reflects the splendor of a nation that does not accept humiliation.
Our history is defined by uprisings and perseverance.
It is the story of a defiant nation who rose up in the heart of Tabriz, with Sattar Khan and the combatants of the Constitutional Movement for a free and independent country.
In the north, it hoists the flag of Mirza Kuchak Khan and the fighters in the Jungle Movement.
On July 21, 1952, the nation rose up in support of Dr. Mohammad Mossadeq, the late Leader of Iran’s Nationalist Movement.
Having inherited the legacy of this proud struggle, the People’s Mojahedin Organization of Iran and the Iranian Resistance waged a relentless battle against the Shah and the Sheikh (the mullahs) under the leadership of Massoud Rajavi.
A new generation charted a new course in the history of the Iranian nation’s struggle for freedom, a generation that has sacrificed everything in a long fight for freedom.
They braved prisons and gallows and multiplied in 1,000 Ashrafs (bastions of resistance) nationwide.
Now, the flag is in the hands of the PMOI members who fight for freedom. It is in your hands, the combatant girls and boys, and your Resistance Units.
It is our mission to bring a victorious end to this dark century.
Onwards toward the dawn of freedom. Rise up; hoist the flags throughout the country.
I urge all my fellow compatriots to support the valiant and courageous protesters.
I urge all the physicians and nurses to rush to the aid of the wounded, who cannot go to hospitals in fear of arrest.
On behalf of the Iranian people and Resistance, I urge the United Nations, all governments, and the international community to hold the clerical regime accountable and compel it to release those arrested during the protests.

Hail to every one of the martyrs!
Hail to the Resistance Units in the fifth round of the founding of the Liberation Army!
How momentous that the Iranian people’s children declared their readiness inside Iran and abroad at this historical juncture, asking Massoud Rajavi to enroll them as members of the Liberation Army.
These names are eternal.
Hail to all of you!