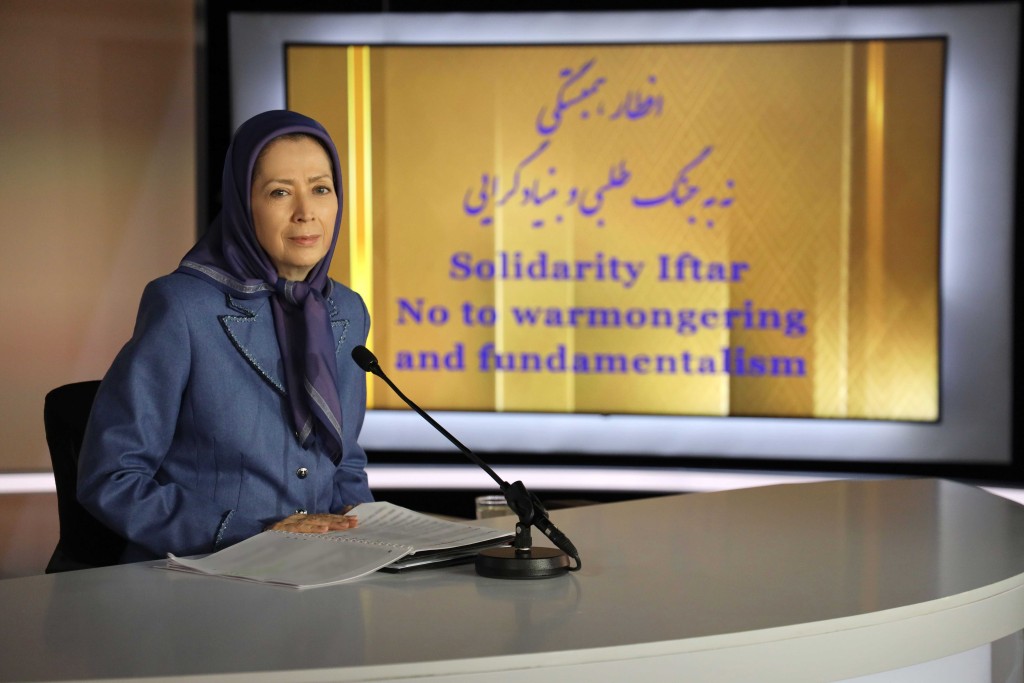 Speech to the “Solidarity Iftar” Conference in London, “No to warmongering and fundamentalism”

Dear Friends,
Sisters and Brothers,
I offer my greetings in the month of Ramadan, which is a month for worship leading to the liberation of mankind. On this occasion, I pray for brotherhood, solidarity and peace among the Muslim community in Britain and the world.

Our hopes and thoughts are with the people of Ukraine and their Resistance who are struggling for their freedom and independence.
Ramadan offers an opportunity to honor the genuine values of Islam. It is also an opportunity to reject the crimes that fundamentalists have committed under the name of Islam. The current rulers of Iran are the leading example in this regard.
In 1979, the Iranian people rose up for freedom. At the time, the Shah’s dictatorship had suppressed all nationalist and freedom-seeking movements. Khomeini stole the leadership of the revolution and installed a brutal theocracy.

Ever since, under the name of Islam, Khomeini and his successors have oppressed and plundered. They are engaged in warmongering and in the name of Islam, they export terrorism and crimes to the Middle East countries, and this is their worst betrayal.
In fact, they have expanded Islamic fundamentalism, an ideology that is against Islam. Confronting Islamic fundamentalism requires a direct opposite cultural alternative. That powerful alternative is a democratic Islam, as represented by the PMOI.
The Leader of the Iranian Resistance, Massoud Rajavi, organized a genuine Muslim force and founded the largest Resistance against the mullahs’ religious dictatorship. With this ideology, the struggle against the clerical regime has continued for over 43 years. More than 120,000 have died but this struggle continues. 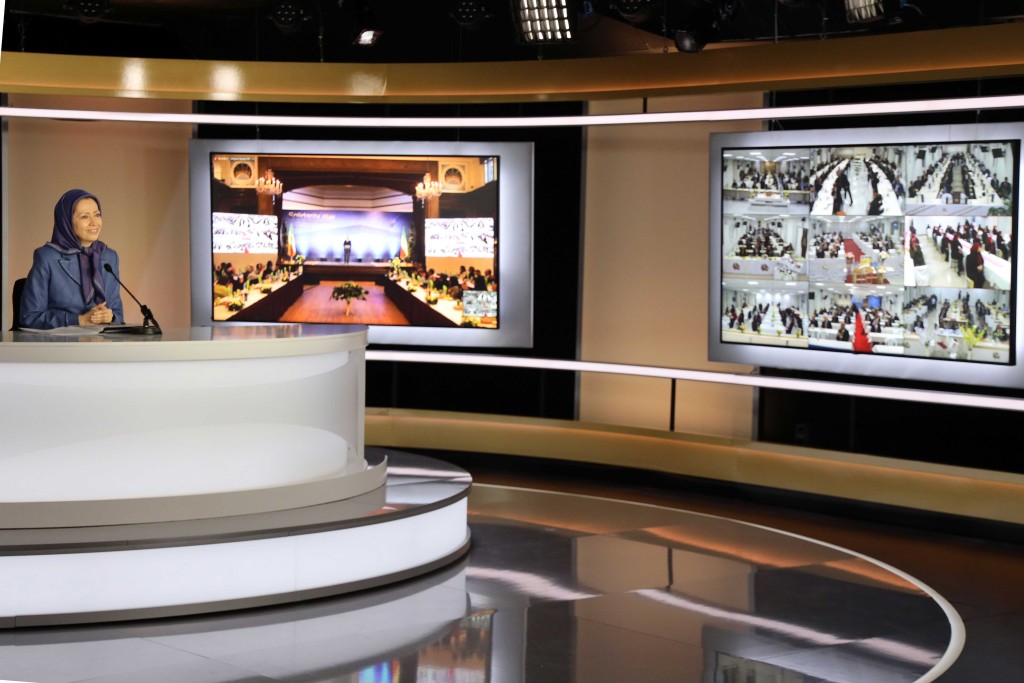 What is the reality of Islam?

But, what is the reality of Islam?
What does it say about the most fundamental issues?
On freedom, Islam is a religion of freedom.

The word of God is not one of compulsion. It is a message that you must hear, offer reason and consult. Islam is the religion of freedom of expression. It does not prohibit opposition to the rulers and even encourages it. Anything that would be against the freedom of man lacks credibility from the perspective of Islam.

On the people’s sovereignty, Khomeini, the regime’s founder rejected it from the beginning.
But genuine Islam believes that governments must be based on the people’s vote.
God told his Prophet, engage in consultation in dealing with affairs.

During his most sensitive battles, the Prophet Muhammed, consulted with the people many times. In the ten years when Muhammed ruled in Medina, he never considered his rule absolute.
You know that the mullahs call their regime, Velayat-e Motlaqeh Faqih, or the absolute rule of the clergy. The PMOI opposed religious dictatorship from the outset. They boycotted the regime’s referendum on this principle. The price of such opposition was the massacre of PMOI prisoners.

On the separation of religion and state, the fundamentalists say that it is against Islam. They want to preserve religious dictatorship but Islam opposes any compulsion in religion. The Quran says,
لااكراه في‌الدين.

After his migration from Mecca to Medina, the Prophet presented a charter, based on which all Muslims and Jews had equal rights.
The Mojahedin raised the banner of the separation of religion and state vis-à-vis the mullahs, which has been a massive blow to religious tyranny. Because it was done by a movement that believes in Islam. A movement, which is also organized and has sufficient popular base. As a result, it has left no legitimacy for the mullahs.

As for the rights of the followers of different religions, the ruling mullahs have established religious discrimination and incited hostility among Shiites and Sunnis. However, Islam rejects war and religious hostility.
Islam discourages intolerance and promotes the diversity of opinion among people as a form of mercy. It advocates tolerance, peace, and coexistence among different ethnic groups, religions, and faiths.
قُلْ يا أَهْلَ الْكِتابِ/ تَعالَوْا اِلى كَلِمَةٍ سَواءٍ بَيْنَنا وَ بَيْنَكُمْ.(4)

The Holy Quran says there is no difference among the various prophets of God.
The Mojahedin believe the Sunnis are their brothers and sisters. The Sunnis and Shiites have a common enemy: the religious dictatorship in Iran.

On the rights of women. In the mullahs’ view, women do not have an independent character.
While Islam advocates gender equality. There is no place in the Quran for discrimination against the human values of men and women.
In the Hojorat Sura, it says:

In the backward society of those days, the Prophet of Islam established the tradition of allegiance to women. The Prophet gave women the right to own personal property and the right to divorce.
In contrast to the mullahs’ misogyny, we defend gender equality. Such equality is not limited to ideas and plans but has been put into practice for nearly four decades. 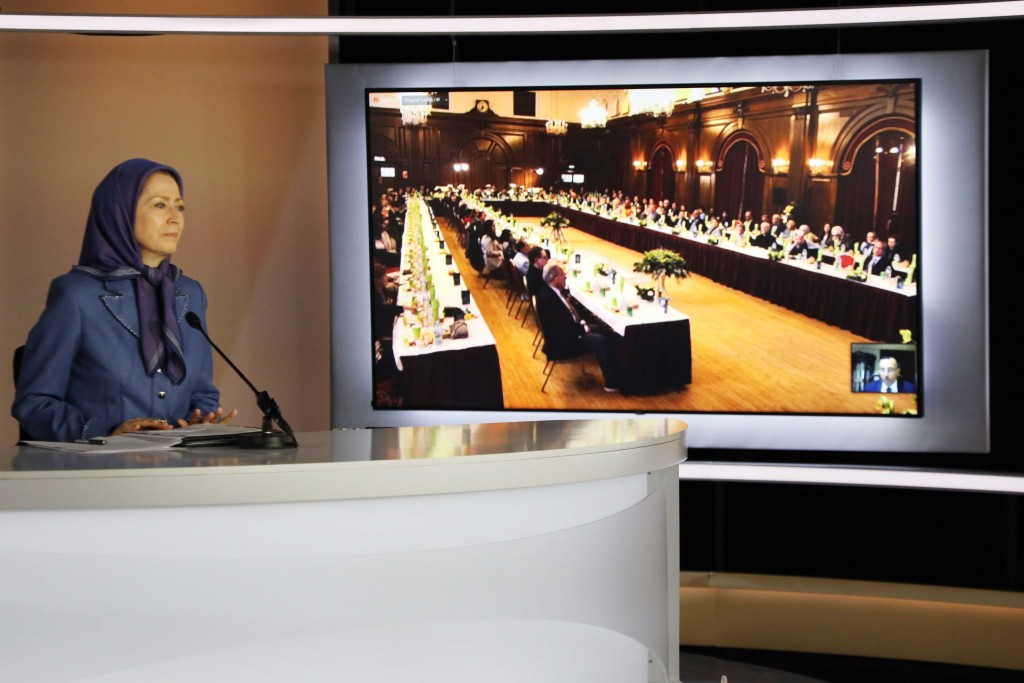 Finally, we must remember that the message of Islam is liberation from all captivity.
God says about the Prophet Muhammed: He came to untie the chains from the hands and feet of the people:

Yes, freedom from the chains of tyranny, plunder, and abuse.
When the Prophet Muhammed took over the control of Mecca, he said that all people were equal. Islam began with this message:
قولوا لااله الاالله تُفلحوا
Say there is no God but one and you are saved.
It calls on the people to overthrow the dictators who claim to be God.
Yes, freedom is the message of Islam.
We call on all Muslim brothers and sisters to support this message.

Today, in their final presentation Swedish prosecutors in the tiral of Hamid Noury directly involved in the 1988 massacre of political prisoners in Iran/ asked the court to sentence him to life imprisonement for committing a flagrant crime against humanity.
We hope that the masterminds of this crime including Khamenei and Raisi are brought to justice quickly.

I would also like to use this opportunity to congratulate everyone on Eid-al Fitr.

God bless you all 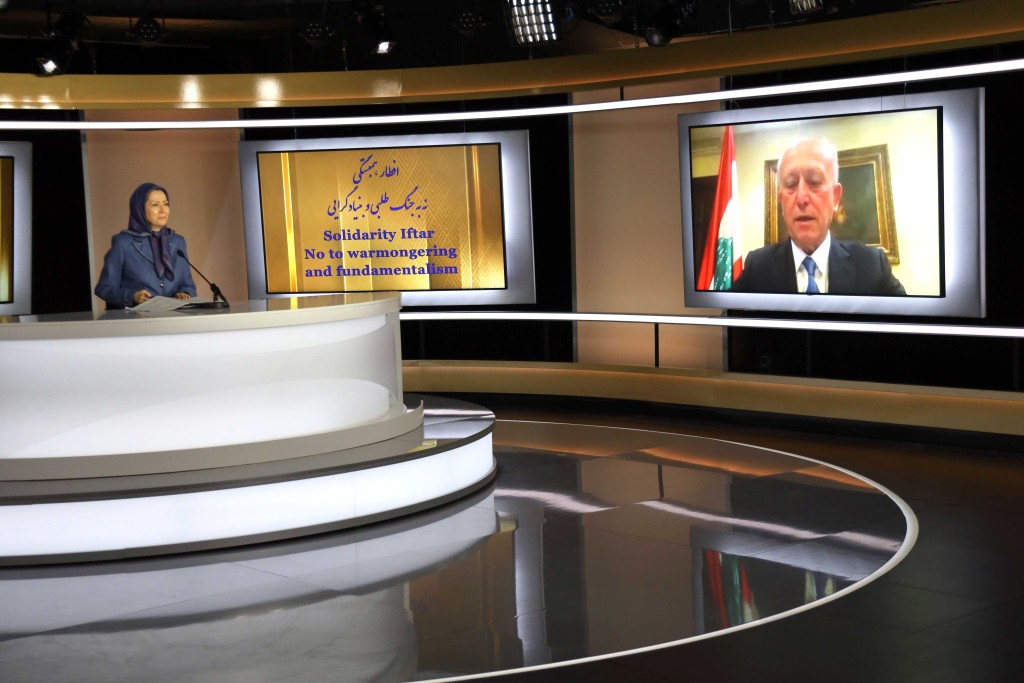