Iran: Execution of a rebellious prisoner in Saqqez, a juvenile at the time of the alleged crime 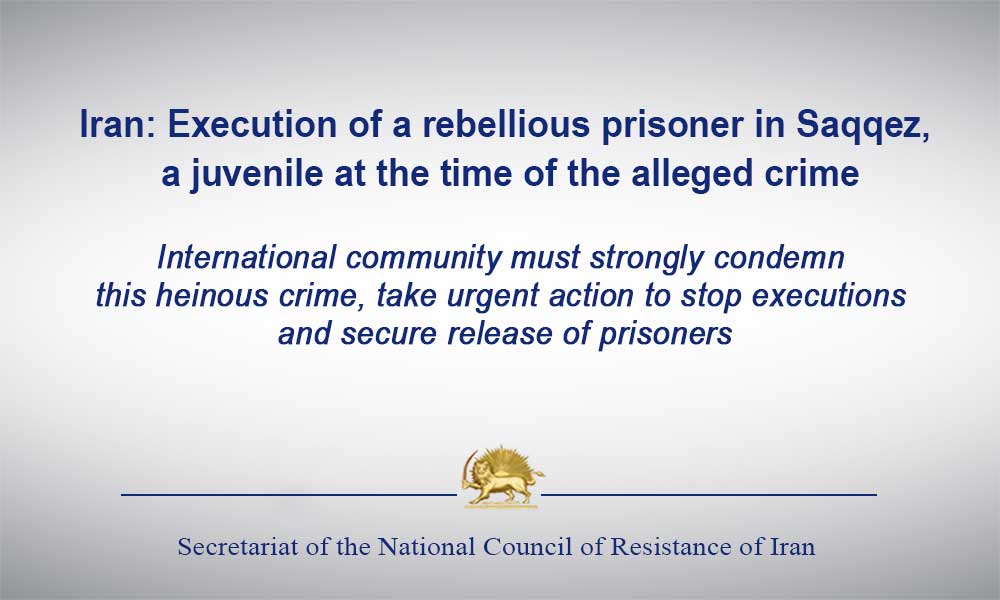 This morning, April 21, 2020, the mullahs’ inhuman regime executed the rebellious prisoner, Shayan Saeedpour in Saqqez. He was 17 years old at the time of his arrest. In custody since August 2015, Shayan escaped from the Saqqez prison during the March 27 rebellion but was arrested a few days later by repressive forces and transferred to Sanandaj prison. Saqqez prisoners revolted in protest their continued detention amid widespread Coronavirus outbreak in prisons.

Mrs. Maryam Rajavi, the President-elect of NCRI, strongly condemned this heinous crime, and once again urged the international community, especially the United Nations Secretary-General, High Commissioner for Human Rights, the Human Rights Council, and all relevant UN rapporteurs to intervene to stop the executions and secure the release of the prisoners to prevent a major humanitarian tragedy in the regime’s prisons.

Secretariat of the National Council of Resistance of Iran (NCRI)
April 21, 2020