Condolences to my fellow compatriots and the family of Shajarian 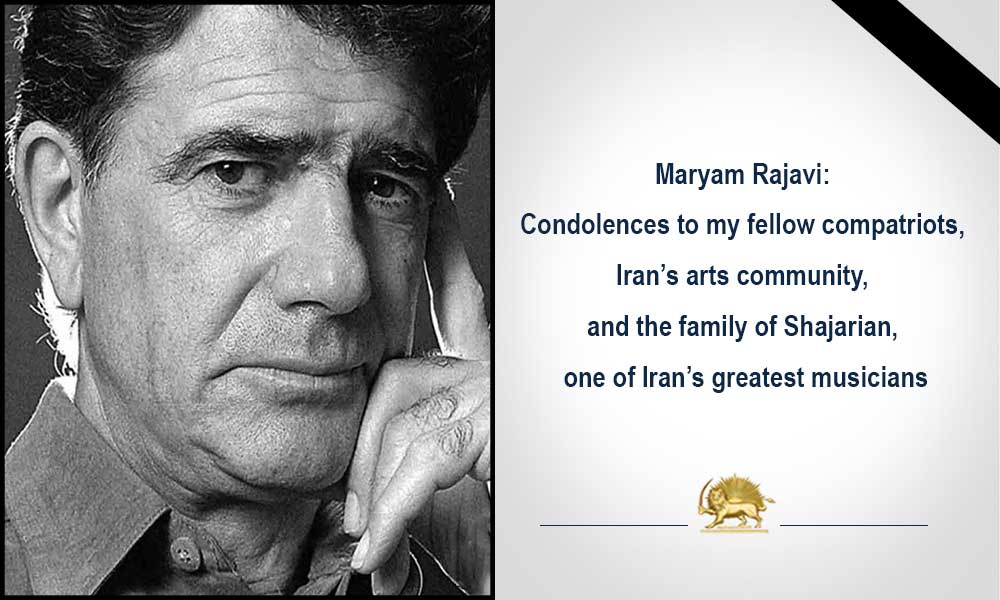 Mohammad Reza Shajarian, one of the most renowned masters of traditional Persian music and songs, passed away after a long bout with illness.

My condolences to the Iranian people, to Iran’s arts community, and to Mr. Shajarian’s family and friends on the passing of one of Iran’s greatest artists. Shajarian’s brilliant work and record are everlasting and among the most precious treasures of our national art.

Since the early 1970s, Shajarian was among the artists who invented new methods in music and used his inherent creativity and talents to transform Iran’s authentic music and vocal sounds through his performances, while preserving its core principles and foundations.

The mullahs who oppose all forms of art and cannot tolerate any other voices reacted vindictively against Shajarian by prohibiting him from performing concerts. They also removed his famous Ramadan prayers from state-run radio and television.

Shajarian repeatedly and openly said in many of his interviews that he faced a dictatorial regime, which sought to force him into repenting and surrendering, and that he was not prepared to accept it.

In April 2015, in a ceremony in honor of the legendary Iranian poet Hafez, Shajarian responded to audience who encouraged him to sing by saying, “I live in a country, where for the past several years I have been prohibited from singing for my own people.”

The ruling mullahs’ restrictions and pressures have not and will never undermine his status and his enormous contributions to Iran’s art and music scene, particularly the art of singing.

Without a doubt, Iran’s arts community and those who care about Iran’s music will build upon his contributions, teachings, and unique innovations as never before and will add to Iran’s unrivaled treasures of arts and culture. Mr. Shajarian’s vocals have been warmly received in the hearts of millions of Iranians for several generations and cannot be extinguished.