Maryam Rajavi: Rise up to continue the uprisings and liberate Iran from mullahs’ occupation 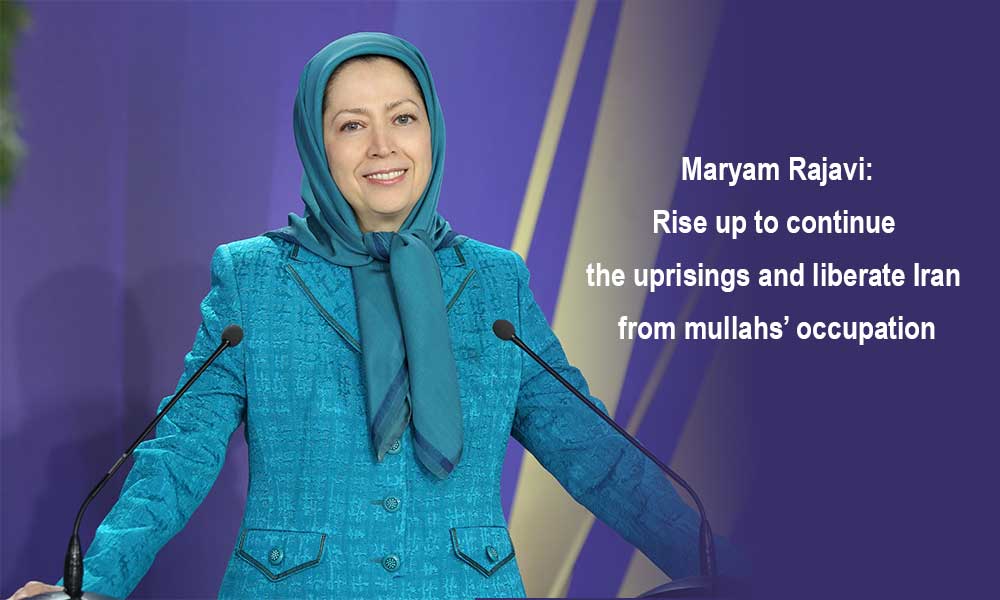 On the occasion of the new academic year 2019-2020, I salute all students, teachers and professors in Iran. I wish you great progress in obtaining awareness and freedom and in overcoming the ignorance, reaction, oppression and repression reigning the country.
17.5 million students who go to schools and universities this year, are a big army of knowledge and awareness. As the experience of contemporary history has repeatedly proven, they can also develop powerful and energetic movements to fight medieval dictatorships.
Iran and her enchained people, particularly the tens of thousands of combatant and Mojahed (1) students who rose up from the classrooms in schools and universities, sacrificing their lives for freedom in the struggle against the mullahs’ reaction and oppression, are today looking at you. So, inspired by their rebellion against the mullahs’ ignorance and crimes and by their revolt against the suppression and club wielding of the Revolutionary Guard Corps (IRGC), rise up and step into their glorious path.
They spearheaded the protests, demonstrations and uprisings. Homeira Eshraq, Fatemeh Mesbah, Massoud Shakibanejad, Daryoush Salahshur and their likes brought the enemy to their knees in battlefields, in torture chambers, and in the killing fields before the firing squads and during the 1988 massacre by their roars of “long live freedom” and “down with the mullahs.”
Write their magnificent names, mottos, and everlasting traditions on the walls of schools and universities where they studied. Hold on firmly to your dreams of freedom, making them stronger every day, and rest assured that these aspirations will be realized.
To the courageous high school and university students who have joined the resistance units and councils, I salute and remind you that you are continuing the path of a generation of heroic youths in Iran who fought audaciously on September 27, 1981, on the central streets of Tehran. On that day, they conveyed the motto of “death to Khomeini” to large sectors of Iranian society. And today, you have come to the field to set up the great Army of Freedom and end the disgraceful rule of the mullahs’ religious dictatorship.

Over 1,000 series of teachers’ strikes and protests in 156 cities

To rein in the ramifications of their political and international setbacks, Khamenei, the IRGC, and their numerous intelligence, spying and repressive agencies ramped up control and repression in Iranian society last year, to the maximum. Nevertheless, the honorable teachers and educators of Iran could hold more than 1,000 series of strikes and protest gatherings including four series of nationwide strikes and gatherings in 156 cities.
Retired teachers also held 12 remarkable acts of protest on their part, including outside government centers in Tehran. The number of student protests in universities also exceeded 180 across the country.
These protests are part of the Iranian people’s unrelenting, extensive protest movement to end repression, destruction, destitution and corruption perpetrated and expanded every day by the clerical regime to preserve their own rule.
Today, the mullahs have clamped down on and enchained every school and university by the numerous criminals who represent Khamenei, and by multitudes of agencies, including the security departments and the paramilitary Bassij organizations in all schools and universities, and in government offices.
Through such ruthless repression, the mullahs seek to preserve their decadent rule vis-à-vis the burning desire of the people of Iran for change, blocking the country’s economic and social progress and causing horrendous damages in every humanitarian, cultural, educational, medical, environmental and economic realm.

Child laborers, the most innocent sector of Iranian society

The population of child workers has exceeded 7 million. Instead of going to school, they are put to work under inhuman conditions. They can be seen everywhere in large cities, peddling or panhandling at most intersections. They are exploited in the brick kilns, recruited by garbage recycling centers under semi-slavery conditions, and hired in Tehran’s Bazaar to carry heavy loads. They can be seen hungry and distressed wandering in the streets. They are deployed by underground workshops to work 12 hours a day under pressure, or as “parachutist” to carry jerry cans of oil through mined routes to Pakistan to earn a meager living.
Iranian children are the hungriest, the most innocent and the most oppressed sector of Iranian society. Their conditions are tantamount to organized crime by the mullahs’ religious dictatorship.
Official figures, which reflect only part of the reality, estimate the population of school-age children in Iran who do not have access to education at one million.

Suicide rate has been rising among high school and university students and the average suicide rate in Iran has dropped lower.

According to the state-run institutions in Iran, the number of high school students who are addicted to narcotic drugs has doubled over the past eight years. The price of food and other educational needs of students has been continuously soaring higher. In return, the mullahs and the Revolutionary Guard Corps (IRGC) have made drugs the cheapest and easiest available item for them. Any student needs only 30 to 45 minutes to find access to drugs.
Additionally, the quality of education in Iranian schools has further degraded every year and the educational atmosphere has become more repressive.
At the universities, the scientific level of education and the erosion of educational spaces are pacing an expeditious downward trend jeopardizing the future of students. Over the past five years, the number of university students has shrunk by one million.
On the other hand, the mullahs’ detested policies have built up discontent in Iranian society especially among the younger generation, turning every school and university into a powder keg ready to explode. Such vast disgruntlement is permanently at a war with the regime’s suppressive operations and scrutiny. No doubt, such massive clampdown that relies on a decadent regime will not be able to hold out in the face of the Iranian people’s resistance, uprisings and their great Army of Freedom.

The first lesson is freedom

With such hope and conviction, Iranian students, teachers and professors are rising up to build a free Iran for tomorrow, to establish a society based on freedom, democracy, equality, and separation of religion and state, and to set up a democratic educational regime.
They seek to build an advanced educational system which is free and mandatory for all children of Iran, a credible higher education based on academic freedom, and a universal athletic regime where every Iranian girl and boy in every city and village would have the chance to freely and equally engage in various sports fields.
They pursue an educational system where:
– All of our fellow compatriots coming from any ethnic group can preserve their cultural, religious and lingual identity, and can speak, work and study in their mother tongue and promote it.
– All students, girls and boys, from any ethnic group, with any faith, from any social sector, and with any financial status can enjoy equal chances for education, higher education and employment.
– Teachers and professors could enjoy the chance to teach and do research free of all restrictions, and they would gain back the social and political status that they deserve.
– Youths and teenagers will learn the traditions of democratic life, especially the values of gender equality; they will learn mutual respect and tolerance towards dissidents and followers of other religions; they will choose selflessness to promote social interests, and they will learn the necessary skills for political participation.
– And fine arts and their various fields will become part of educational curriculum in high schools and universities, contributing to the flourishing and livelihood of generations.
Such beautiful future is far from today’s abysmal situation in Iran, but it is achievable, and I urge every one of you, the aware and freedom-loving students and youths yearning for equality, to join the struggle to achieve it.
As Massoud Rajavi said, “The era of monsters, beasts and mullahs is coming to an end and the dawn of freedom and justice is looming.”
The first lesson is freedom which comes at the price of selflessness.
The second lesson is having faith in this reality that Iranian society and its young and restless generation have the power to overthrow the mullahs’ regime, and bring about fundamental change in Iran.
The third lesson is unity and solidarity for freedom.
Rise up to continue the uprisings and to free Iran from the occupation of the mullahs.
Turn every school and university into a resistance unit, and every city of Iran into a rebellious city.
Freedom, victory and the future of Iran, this most beautiful homeland, is in your hands.

1- Affiliated with the People’s Mojahedin Organization of Iran