Maryam Rajavi’s message on the New Academic Year in Iran 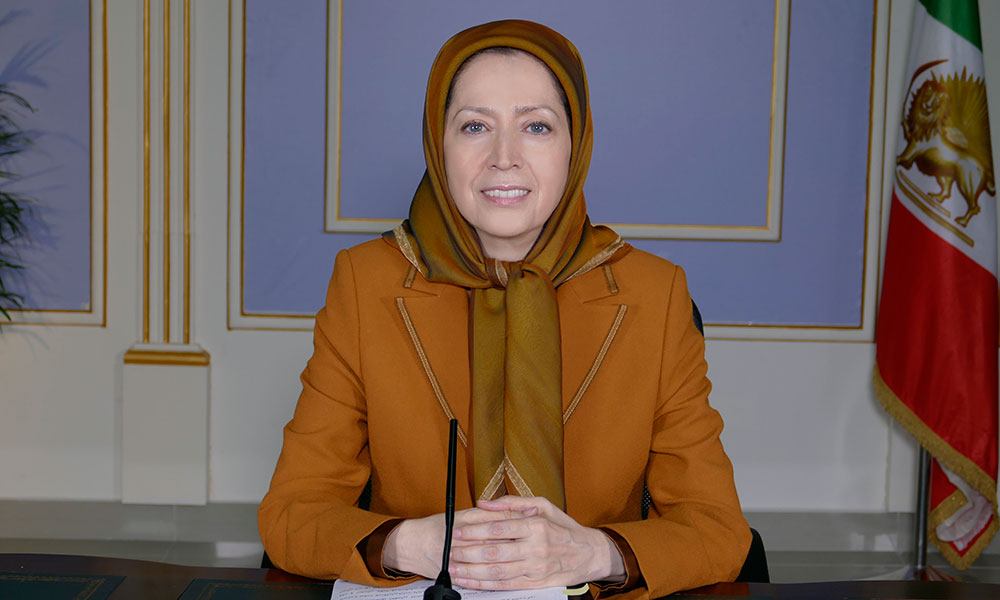 Fellow courageous pupils and students,
Honorable teachers and professors of Iran,
On the beginning of the New Academic Year, I salute you. I wish you a year filled with academic and scientific successes. I also hope that the new school year would be a year of advancement and uprising to topple the ruling religious dictatorship and achieve freedom.

Under the mullahs’ brutal tyrannical rule where the talents of Iran’s younger generations and the efficiency and sense of responsibility of teachers and professors are fettered by repression and discrimination, the first lesson is the lesson of freedom.

I hail our country’s honorable teachers and their associations in all cities and provinces and congratulate them in advance on the World’s Teachers Day on October 5.
May this year be a year in which you teach your students the lesson of resilience and freedom more than ever before, the lesson of seeking and finding newness, the lesson of the little black fish who swam against the flow of water and did not give in to the prevalent coercions, lies and discriminations.

May this year be a year in which you teach the children of Iran that they have to take the risk and pay the price for achieving freedom and that they must not believe the superstition that advocates passivism and continued suffering to avoid paying the price.
And may this season, which you have defined as the spring of knowledge, would be transformed into the spring of freedom.

Over the past year, university students staged frequent protests in many cities. Tehran and other cities of Iran saw the admirable gatherings and demonstrations of teachers, pre-school educators, and retired teachers. The clerical regime has put them aside, ignoring their academic and scientific competence. Nevertheless, they remain as the priceless assets of Iran’s society who hold the beacons of democratic resistance.

Iran’s young and inventive generation and their honorable teachers are fortunate that they have never collaborated or compromised with the ruling religious tyranny and do not wish to prolong the rule of the enemy of knowledge and freedom.

This is why the mullahs’ religious fascist regime has restrained the universities and schools by creating numerous obstacles and restrictions. Under such massive repression, the mullahs enjoy the freedom to destroy the country’s educational system and plunder its budget, assets and financial resources.

The educational level of the majority of universities across the country have drastically declined to the lowest possible levels. The educational and research facilities, the students’ living conditions, and the learning and teaching circumstances for students and professors are way below the minimum standards.

On the other hand, parallel with the extreme poverty and starvation that has pervaded the country, the situation of schools has aggravated even more than the previous years. Some of the schools are operating in two shifts, and the classes are intolerably over crowded. The minimums for physical education and sports are non-existent while addiction is rampant in schools. The continued operation of some schools in sheds and huts, in the middle of deserts, and in semi-destroyed buildings attest to the grim conditions of schools.

Last January, the students of a school in Shoosh (Khuzistan Province) who did not have a heating system, staged a protest gathering and chanted, “How can we write with frozen hands?”
Presently, one out of every four students drops out of school. According to the regime’s officials, the reasons for 53 percent of the drop outs are economic and financial problems as well as shortage of educational spaces. Half of the girl children residing in the border provinces of Iran, quit school after finishing their elementary studies.

Most tragic of all is the situation of millions of innocent girls and boys who are compelled to work instead of going to school. We will never forget the two child laborers, Ahad and Samad, who lost their lives last year in a fire accident last year at a recycling warehouse.

Despite these catastrophes, the ruling mullahs have adopted disgraceful policies, each of which is more shameful than the other.
An example of such inhuman and heinous policies was an Education Ministry directive requiring applicants for a teaching position to not have any accent, any illnesses, too many missing teeth, or any gynecological problems.

Another approach of the regime towards the country’s educational system has been plundering.
While in some deprived regions, “young children suffering from poor concentration have to pause to remember their own names,” the mullahs and their affiliates have plundered 8 trillion toumans from the teachers’ savings fund. They have also driven the Education Ministry’s affiliate Sarmayeh Bank into bankruptcy.

In another example divulged in the course of the sham election campaigns, it became evident that Rouhani’s Minister of Education had engaged, with the help of his daughter, in the business of importing contraband goods from Italy.

Yet, the most devastating policy in the universities and schools has been an institutionalized and incessant suppression which has regressed the educational system and driven it into a deadlock. At the same time, the regime answers every protest with imprisonment and torture.

One of the former ministers of education by the name of Faani recently admitted that there are clubs in the basement of the Ministry of Education ready for dealing with teachers who stage protest gatherings in front of the ministry’s building; the teachers are taken to the basement of the Education Ministry and beaten up using those clubs.

The protests and bold expressions of opposition by teachers and spokesmen of the Teachers’ Trade Unions were also answered by long term prison sentences. Contrary to the regime’s expectations, such sentences have further provoked the teachers and solidified their ranks in staging more protests.

Today, the demands of progressive teachers including freedom of association, ending the imprisonment and exile of their colleagues, ending the privatization of education, and eliminating poverty and discrimination against teachers, have turned into broad-based demands by the entire educational community in Iran.

Having learned of the major internal and external crises surrounding the regime, high school and college students and the faculty of universities are just beginning a new era of activity and struggle against this regime.

Like other political, economic and social matters, the issue of education, higher education and sports in Iran will not be reformed or have any improvements unless the velayat-e faqih regime is toppled in the first step.

In the beginning of the new academic year, I call on the younger generations, teachers and professors of Iran to demand justice for the victims of the 1988 massacre and further expand their resistance and protests against the religious dictatorship.

You, the younger generation in Iran, enjoy a heritage of struggle filled with pride. Since the early days when Khomeini began clamping down on all freedoms and taking advantage of religion, university and college students, especially high school students, stood up to him. The resistance of this conscious generation that lived by its values, terrified the entire regime. This is why in a matter of a few hours after the June 20, 1981 uprising, Khomeini resorted to the execution of high school students, before anyone else.

On September 27, 1981, the generation of younger Iranians, particularly the high school students, staged a courageous uprising in the heart of Tehran to take the chants of “death to Khomeini” among the general public. A large number of high school and university students were among the 30,000 political prisoners who were massacred in 1988. They stood by their ideals for freedom of the people of Iran while being fully aware of the consequences. This is yet another proof of the significant role played by your generation. Young heroes who fought in the ranks of the National Liberation Army of Iran and persevered. Young women like Saba Haftbaradaran, Asieh Rakhshani, Nastaran Azimi, Faezeh Rajabi and Mahdieh Madadzadeh, and young men like Rahman Mannani, Amir Nazari, Hanif Emami, Siavosh Nezamolmolki and many others also attest to this truth.

Everyone remembers that it was the wave of millions of high school and university students who toppled the previous regime. Today, too, despite massive repression, the days will come when the roaring waves of youths and teenagers would pour to the streets from schools and universities and turn the page of Iran’s history.

It is your duty to escalate your protests and resistance to encircle this decadent regime. As Massoud Rajavi, the Leader of the Iranian Resistance, has said, “Having decisive and adamant demarcation with the velayat-e faqih is the secret to (a victorious) Resistance. Be firm in separating your ranks from those who engage with the (clerical) regime.”

Do not tolerate inequality and oppression especially when directed against women. Reject all forms of humiliation of women and youths and every outlook that regards women as a commodity.

Reject all relations and traditions that teach men to be aggressive, suppressive and selfish. This is a new world that will crush the foundations of the Velayat-e Faqih regime and will cherish freedom and equality.

This glorious destination is within reach. I call on all of you to rise up to achieve it.

Hail to the students, teachers and professors of Iran!
Hail to freedom!