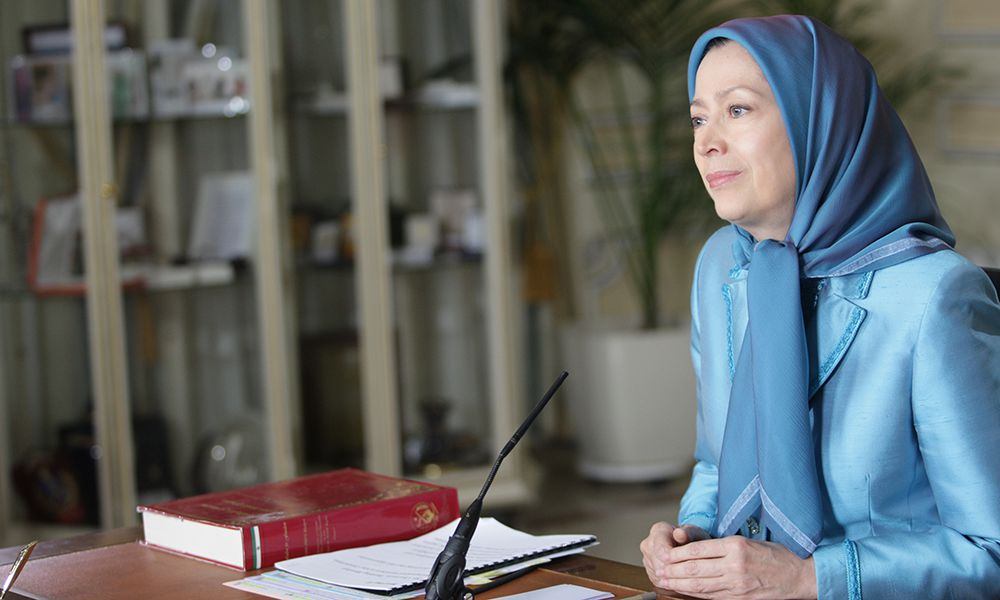 Hail to all of you.

I hope that in the new academic year, your invaluable efforts to teach and educate would be ever more intertwined with a determination for resistance and achievement of freedom.

On the eve of the new academic year, the fundamentalist mullahs and their ignorant and oppressive guards have imposed silence and fear over society. This coldness, however, will be overcome by vigor and a spirit of renewal and renovation as you begin the warmest and the most joyful, collective endeavor hand in hand in every street and in every school and university.

Let us commemorate the girls and boys who used to study in your schools and universities, the pioneers who were always at the forefront of every act of protest against the mullahs’ fundamentalist dictatorship.

Khomeini thought that he could guarantee his regime’s survival with the wave of executions in the 1980s and the 1988 massacre. Ironically, in the beginning of the new school year, we see that those pure souls have been provoking Iran’s
society in a movement to obtain justice particularly after the release of Mr. Montazeri’s moving audio file. And again, we are hearing their voice and message who say the first lesson in every class and in every school is the lesson of freedom.

Children of Iran who make her future,
Dear teachers and professors,

The new academic year begins as the crises and chaos prevailing the country have become evident more than anywhere else in the country’s educational system.

They are manifested in schools in the form of a growing disarray, in the drooping of youngsters and teenagers in poverty, in deep-seated inequality, in the low level of education, in a repressive and restrictive educational atmosphere, and in distressed teachers. And in the universities, they are manifested in the form of a scientific plunge, in a stagnated and barren educational environment, and in deprived students and professors.

While 13 million Iranian students are going to school this year, there are 4 million children and youngsters between 6 and 14 years of age who are deprived of education. Many of them are child laborers, some of whose parents are addicted or are very poor. Some of them even do not have birth certificates.

Shortage of teaching spaces is among the most significant educational problems. Except for a limited number of schools, lack of physical education and recreational facilities is the common feature of all schools. In the girls’ schools and schools that are located in low-income regions, particularly in the provinces of Sistan-o-Baluchistan, Hormuzgan, and West Azerbaijan, students are crammed into tight spaces which are way too far from basic educational and hygienic standards.

32,000 schools, that is one-third of the total number of schools across the country, are timeworn and lack immunity, and they must be razed and reconstructed. In Tehran, alone, some 17,000 classrooms are waiting their turns to be reinforced. In light of the limited government budget, however, the regime’s officials estimate that it takes 32 years to complete the reconstruction of schools in the capital. With the current budget, it will take half a century to reconstruct all the schools across the country.

The mullahs spend the country’s wealth and revenues for the Revolutionary Guards Corps and its warmongering and carnage in Syria and Iraq. Instead, impoverished families who cannot earn their own living, are made to pay part of the school’s tuition.

Another significant consequence of the prevailing repression is a closed intellectual and political atmosphere, and a dictated approach to education, educational methods and treatment of children.

Widespread depression, mental problems and lack of joy and happiness are other consequences of the regime’s repression of society. In addition, starvation, mal-nutrition, physical problems and lean figures of students bespeak of the drastic impact of inequality, injustice, and economic and political pressures on Iranian society where children bear the brunt of all harms and are the most vulnerable.
Based on official estimates, one per cent of the 13-million strong population of students are involved with drugs. The rate of addicted students reaches 2.6 per cent. Therefore, according to government estimates which are usually less than the actual figures, there is more than 250,000 addicted students in high schools and universities.

Indeed, what has happened to the Iranian society? What kind of plague, what calamity, what destructive war has hit the society that everything has lost its livelihood? The calamity is the Velayat-e Faqih regime whose prolonged rule has been increasingly destroying Iran’s children and wealth.

Nevertheless, the ruling regime never feels secure because of the younger generation, the arisen teachers, and the schools each of which is a hotbed of rebellion and protest. This is why the regime has implemented a plan to station one mullah in each school. This year, more than 20,000 mullahs have been deployed in schools all across the country to step up repression and propagate fundamentalist absurdities under the banner of Islam.

Fortunately, our fellow teachers staged admirable protests and strikes last academic year. They challenged the regime’s backward and repressive policies in the Education Ministry and demanded their rights in every city; they persisted on the release of imprisoned teachers, and demanded recognition of the right to protest for the education staff and elimination of inequalities among teachers. I hail them all and call on our fellow students, pupils and all our compatriots to rise in support and solidarity with the righteous demands of our honorable teachers and education staff.

Poverty of students, decline in the content of university courses, and unemployment of graduate students are other examples of the decadence of the system of higher education. According to government sources, from a 40-million inactive population, 5.5 million are university students who do not have any jobs.

In fact, the educational system has reached a deadlock and is falling apart. This is a loss that the Velayat-e Faqih regime is neither able to get out of, nor its military and terrorist priorities allow it to do so.

Iran’s educational system needs a free atmosphere to resume its livelihood and genuine progress. The first step to rescue the country’s system of education and higher education, is the removal of the ruling mullahs and the overthrow of the Velayat-e Faqih regime. As the Iranian Resistance leader Massoud Rajavi said, the struggle to bring down the regime “has been and will continue to be the central core of the nationalist and patriotic movement against (it).”

The courageous high school and university students who have risen up since June 20, 1981, stood up to the ruling regime and sacrificed their lives, pioneered such a struggle. University students made up a vast part of the victims of the 1988 massacre who had risen up for the glorious prospect of Iran’s freedom and establishment of a democratic society.

As I pointed out, the memory of those martyrs has incited our society, today more than ever, in its campaign to seek justice and put an end to executions: the executions of Reyhaneh’s, Neda’s, Sattar’s, and Behnoud’s, to the executions carried out after the uprisings on June 20th and September 27th, and the 30,000 red roses who were hanged from the gallows in 1988.

The energy emanating from the living legacy of those martyrs will echo the Iranian people’s demand for justice and cry of “no to executions and no to the terror of the mullahs” in Iran and across the world. It will bring the mullahs to justice, prosecute them for their human rights violations and fuel the passion for Iran’s freedom.

In the beginning of the academic year, I call on all freedom-loving pupils, students, teachers and professors to participate more actively in the movement to obtain justice (for the victims of the 1988 massacre). You and your initiatives deserve to be at the forefront of this movement because you are the ones who hold the torch of knowledge and awareness. They include innovative activities on the internet and social networks against executions in Iran and seeking justice for the victims of the 1988 massacre, enlightening activities at your schools or universities, writing slogans on the walls in the streets and alleys, disseminating information about martyrs and prisoners, protest gatherings, and disrupting the regime’s shows of public execution, flogging and other inhuman humiliations…

This is how the path can be paved to realize the free Iran of tomorrow based on freedom, democracy, equality, separation of religion and state, and establishment of an advanced educational system.

An advanced educational system which is free and obligatory for all children of Iran; a system of higher education which is based on academic freedom; an all-embracing athletic system which allows girls and boys to have free and equal activity in various athletic fields in cities and villages.

An educational system where all our compatriots, including the various ethnic nationalities can preserve their cultural, religious and linguistic identities and can speak, study and work in their own mother tongue and promote it.

An educational system where all students, girls and boys, in high schools and universities, from any nationality, with any opinion, and with any social and financial status, can enjoy equal opportunities in the system of education and higher education and employment.

An educational system where teachers and professors can enjoy the opportunity to teach and do research without any restrictions or limitations, and can gain back their worthy social and political status.
An educational system where youths and adolescents can learn the manners of a democratic life particularly the value of gender equality, believe in mutual respect, tolerance and restraint towards other religions and opinions, make sacrifices for the interests of society, and become empowered for political participation.

An educational system where various fields of fine arts become part of education in high schools and universities and lead to the blossoming and livelihood of younger generations.

The energy and force for this great revolution come from you, the conscious and freedom loving youths of Iran. I call on you to participate in the struggle for a free and democratic Iran.