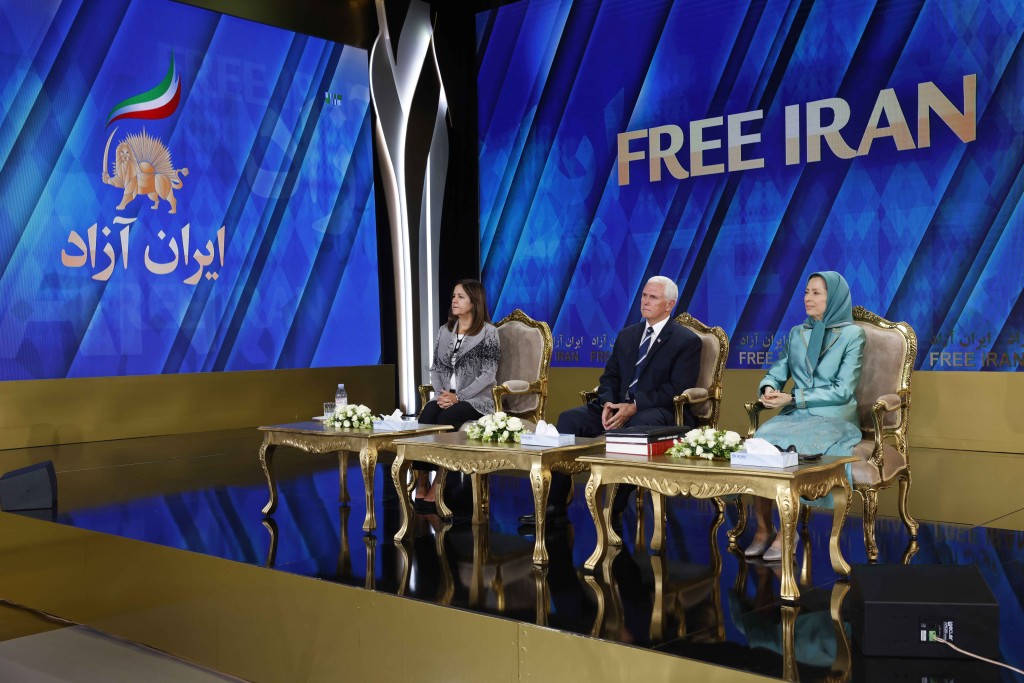 Mike Pence, the US Vice President until 2021, met and held talks with Maryam Rajavi at Ashraf-3 on June 23, 2022.
Mrs. Karen Pence, and Mr. Marc Short, the former director of legislative affairs in the White House until 2021 and chief of staff to Vice President Mike Pence, accompanied Mr. Pence. He visited the Resistance’s Museum at Ashraf-3 and addressed a PMOI/MEK gathering.

At the PMOI/MEK gathering, Maryam Rajavi welcomed Mr. Pence. She said in her remarks, “One thousand political prisoners tortured by the Shah’s regime or the ruling religious dictatorship are present in this hall today. Some have lost 10 or 12 family members. The Iranian Resistance set a historical example: the resistance of a nation can change the course of history towards freedom.”
Maryam Rajavi underscored that the Iranian regime’s dossier on human rights violations and terrorism, particularly the massacre of political prisoners in 1988, and the crackdown on protesters in November 2019, must be referred to the UN Security Council, and the regime’s leaders must be prosecuted for committing genocide and crimes against humanity.