Meeting of the parliamentary British Committee for Iran Freedom,“No to misogynist regime, yes to Democratic Republic” 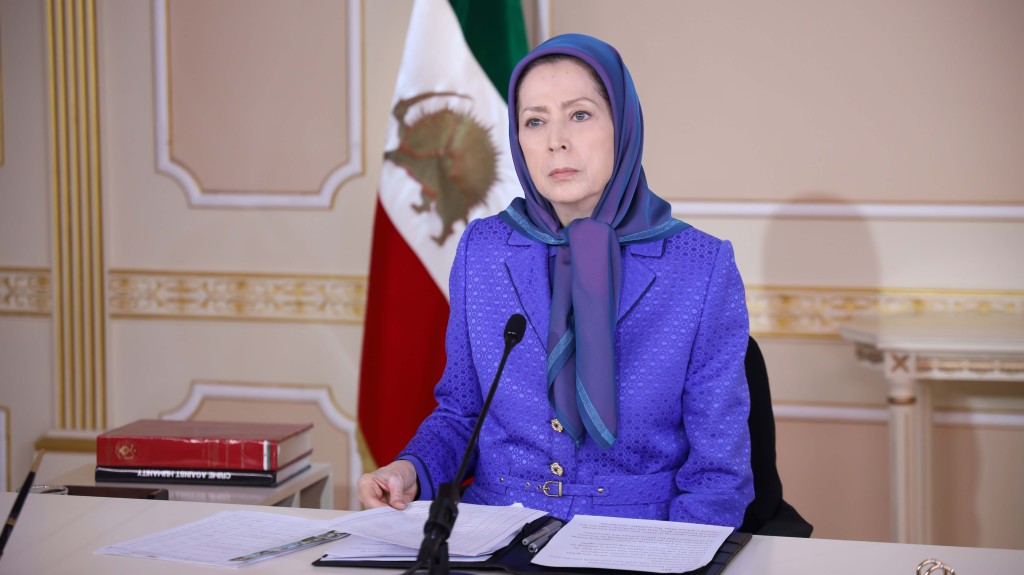 Honorable Members of the UK Parliament,
It is a pleasure to talk with you, and thank you for your kind introduction.
We are holding this conversation while the great nationwide uprising of the Iranian people to overthrow religious fascism has reached Day 70.
Today, the UN Human Rights Council is holding its special session on Iran’s worsening human rights situation.

Formation of a fact-finding mission regarding the brutal crackdown on the protests and holding to account those responsible for these crimes are necessary.
The Iranian uprising in these two months has made clear its features, goal, and the model it seeks for the country’s future after the mullahs’ overthrow.

The features of Iran’s uprising

First, I will point out the uprising’s features.
The protests have roots in Iranian society’s desire for freedom, justice, and liberation of Iranian women.
They rely on the Iranian people’s resolve to overthrow the mullahs’ regime and are not influenced by any foreign power.

The regime has made all its efforts to stop the uprising; however, it has failed so far to achieve its goal due to two factors: first, the explosive conditions in the society, and second, the role of the Resistance Units and the PMOI’s network inside Iran in organizing the uprisings.
The regime officials have acknowledged this fact many times.
Recently, a deputy to Khamenei’s representative in the IRGC said, “50 of the identified leaders” of the uprisings are from the PMOI.

The commander of the State Security Force and some Friday prayer leaders have repeatedly emphasized the role of PMOI members as leaders of the uprising.
In an interview with a US radio station, the regime’s Foreign Minister claimed Western governments had sent PMOI members to Iran to form the uprisings. And the IRGC Commander blamed young protesters and asked whether they wanted to gain power with the PMOI.

The other issue I must explain is about the alternative.
Our people want to overthrow the entire regime. Therefore, they seek to destroy the Revolutionary Guards (IRGC), the regime’s backbone and its main force in charge of killing people.
The Iranian people have expressed their desired alternative in their uprising and chants. That alternative has the following features:

1. It rejects the rule of religious tyranny.
2. It promotes the establishment of a democratic republic and rejects a return to the shah’s dictatorship.
3. It is committed to gender equality and rejects forced veiling and all forms of misogyny.
4. It emphasizes the separation of religion and state. Believing or not believing in a religion should not cause any privilege or discrimination against any citizen. Sunni and Shia are brothers and sisters.
5. It defends the freedoms and equal rights of oppressed nationalities with autonomy within Iran’s borders.
6. Different parts of Iranian society have different beliefs, religions, languages, and nationalities. But today, they are united in the struggle to overthrow the regime and rebuild tomorrow’s free Iran.

As you can see here, solidarity is coupled with pluralism.
These are the central policies of a democratic alternative to replace the religious dictatorship for which protesters have paid a heavy price.

Distinguished members,
A democratic revolution is in the making in Iran, and religious fascism is on its last leg.
The decisive force in Iran is the force of the Iranian people and their uprisings. The ruling regime has resorted to widespread arrests and killings, but it cannot change the course of the uprisings.
If domestic suppression or warmongering abroad, using missiles and drones, had been effective, the uprisings could not start or continued.

International policies towards Iran have always suffered from a fundamental lack because they ignore the role of the Iranian people. Western governments’ assessment is also incorrect because of their economic interests, a view that still dominates their policy.
Therefore, despite the solidarity of people and parliamentarians in the West, the governments are unfortunately cautious in standing with the Iranian people.
Our people and we do not expect or want foreign governments to interfere in Iran. Overthrowing the regime is the duty of the Iranian people and their Resistance.
We urge the international community and advocates of human rights and democracy to end appeasement once and for all.

The first victim of this policy is the Iranian people and Resistance. Enough is enough.
In the end, I emphasize two basic demands.
The first one is for Western governments to accept the legitimacy of the Iranian people’s struggle to overthrow the regime.
They must recognize that the fight between young people and the Revolutionary Guard Corps is necessary, correct, and fair.
The second demand is to declare the entire Ministry of Intelligence and the IRGC terrorist entities.
Shut down the Iranian regime’s embassies and expel their agents and operatives.
This regime does not represent the Iranian people and has no legitimacy.
It must be expelled from all international organizations.

Any government will be on the side of the Iranian people only when it recognizes the uprising to overthrow the regime and rejects the force of repression that is the IRGC.
So long as western governments do not take these two basic steps, the regime will use this situation to have an open hand in slaughtering people.
The Iranian people and protesters urge both houses of the British Parliament to lead a bold initiative to encourage the UK government to take these two necessary steps.
I appreciate your efforts in supporting the Iran uprising.