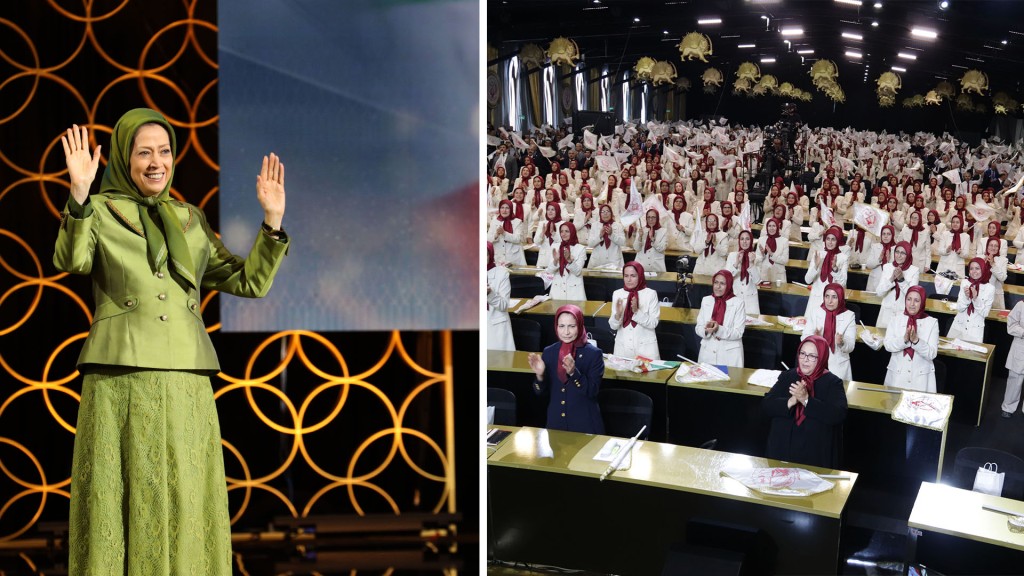 I salute the founders of the PMOI, martyrs Mohammad Hanifnejad, Saeed Mohsen, and Asghar Badizadegan. They were brilliant stars whose legacy continues to inspire the Iranian nation.
Their unshakeable will and faith, the sincerity of their words and actions, and the nobility of their ideals have sown the seeds of justice and equality in a nation thirsty and impatient for freedom.
For young men or women fed up with the status quo, the moment of awakening, awareness, and shouldering responsibility emanates from the moment they started.
Yes, Mohammad Hanifnejad and his comrades rose to meet their historical challenge at the right time.

Fighting the two dictatorships of the Shah and the mullahs

The founding anniversary of the PMOI is a day to pay homage to all the sacrifice and suffering that have enabled the PMOI to rise from its ashes much more auspicious in the struggle of the Iranian people’s for freedom.
This is a day to celebrate all the sacrifices, which in the fight against two dictatorships have turned the People’s Mojahedin into the epicenter of national unity, preserving patriotic values, and restoring of the people’s lost trust.
And this is a day to pay tribute to the sacrifices, tribulations, and the historical commitment of Massoud [Rajavi, leader of the Iranian resistance], who taught generation after generation of Mojahedin the imperative of being truthful and willing to sacrifice. Owing to his efforts, the PMOI founders are now revered and People’s Mojahedin is admired and respected.
The 57 years of the PMOI’s struggle have made the word People’s Mojahedin synonymous with remaining steadfast on one’s position.
Over the past 57 years, the PMOI has broken new ground in the democratic struggle in Iran.

The PMOI is qualified to solve society’ problems

My dear sisters and brothers,
The PMOI/MEK rose to overthrow the Shah. When Khomeini plunged the Iranian revolution into bloodshed, they committed themselves to overthrow the regime to establish justice and social relationships free from oppression and repression. In doing so, they did not hesitate to pay any price.
This long journey, in its different stages, demonstrated it is the mullahs’ reactionary rule that has imposed backwardness and socio-political calamities on our society, and double oppression on our fellow Kurd, Arab, and Baluchi compatriots, and on other oppressed nationalities. It has also spread religious discrimination and systematic oppression of women.
Through a blood-soaked struggle against the regime, the PMOI has achieved several breakthroughs in critical issues: Gender equality and the emancipation of oppressed Iranian women, the separation of religion and state, and securing the rights of oppressed ethnic groups within the framework of Iran’s national unity.
The PMOI’s ideological and organizational characteristics and this generation’s selfless perseverance have given the organization the ability and competence to resolve the fundamental problems gripping the Iranian society.
The PMOI’s emancipating convictions, coupled with the admirable resistance of pioneering women within its ranks, tens of thousands of whom were tortured or executed in the regime’s prisons, has enabled it to champion the liberation of Iranian women.
At the height of Khomeini’s religious hysteria in the 1980s, the PMOI emphasized the separation of religion and state in the framework of a plan by the National Council of Resistance of Iran (NCRI). At that time, Massoud [Rajavi] said that the adoption of this plan was “the source of pride for all followers of Prophet Mohammad and Imam Ali.”
And two years earlier, he had said, “Unlike Khomeini, we have not tried to impose our ideology and beliefs on any person or group; we do not and will not do so. And we recognize the free vote of the Iranian people as the only criterion of legitimacy and political power.”
On this glorious path, healing the scarred feelings and trust of the people is part of the PMOI’s mission. The PMOI undertook the responsibility of providing remedies for the political and social destruction caused by the Shah and the mullahs.
The People’s Mojahedin carry this mission on their shoulders. The PMOI’s Central Council, comprised of 1,000 vanguard women, and all of the organization’s leaders, from the former to the current secretary general, my dear sister, Zahra Merrikhi, have undertaken this mission with an admirable sense of responsibility. 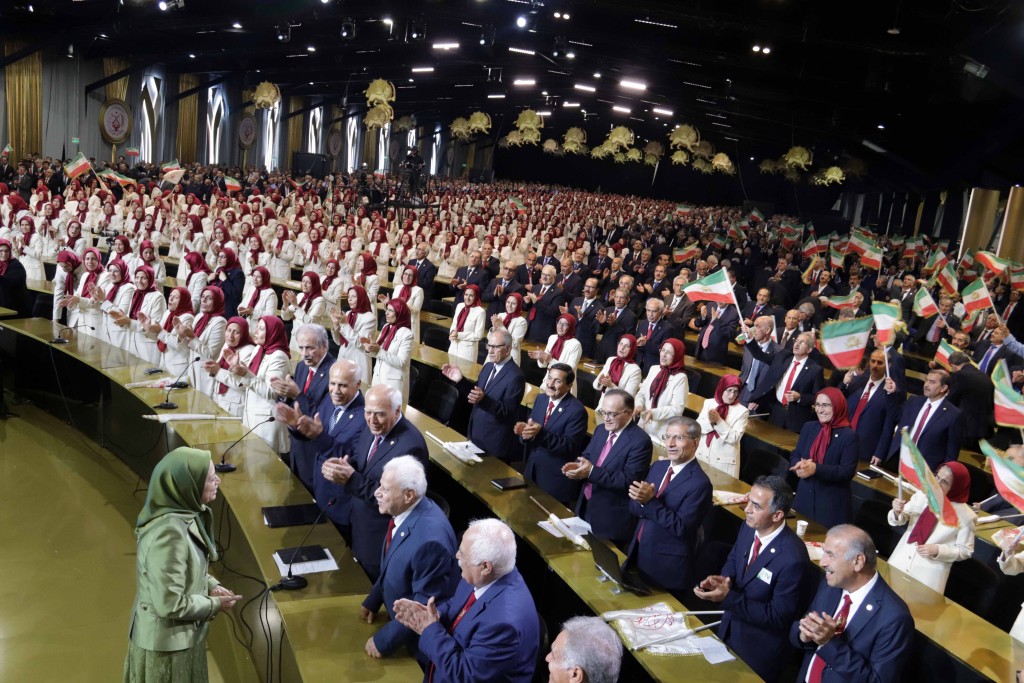 We are celebrating the anniversary of the PMOI’s founding when the worst enemy of the Mojahedin and the Iranian people, the religious dictatorship, is going through one of the worst stages of its existence.
Khamenei’s plan to appoint Raisi as president in order to contain protests and to forestall being overthrown has failed.
Neither the doubling of executions, nor intensifying women’s repression under the pretext of improper veiling, nor issuing verdicts for eye gouging and limb amputations, and nor the slaughter of the population through high prices and starvation, have provided an escape route to the regime.
This is particularly the case because the protest movement is still raging. The countless calamities the regime has imposed on our people, including the lack of water, high prices, and homelessness, will only provoke our people, who thirst for water and freedom, to protest even further.
To this end, the Resistance Units and their operations aimed at shattering the wall of repression are growing in quantity and quality.
The religious dictatorship is in deadlock on all issues and has no way out. Whether it accepts the nuclear agreement, and whether it pursues this or that economic policy, none will have any effect. A popular uprising and overthrow are waiting in the wings.

Dear compatriots,
Dear sisters and brothers,
The founding of the PMOI in September 1965 was a historical moment of awareness and awakening of a heroic nation and opened their eyes to a new path.
This new path has been and continues to be accompanied with difficult tests. It has been painful and bitter. It has passed through an ocean of blood. Those pursuing it remain the target of constant demonization, lies, hatred, and malice by a ruthless enemy with its army of mercenaries.
At the same time, it is free from opportunism, expediency, and greed for power. It acts only with honesty and sacrifice and is not seeking anything but Iran’s freedom and the liberation of the oppressed, the hungry, and the homeless.
These are the path and tradition of the PMOI, which has been fighting relentlessly for 57 years towards the glorious destination of freedom. And this is the path that will undoubtedly bring victory and freedom to the Iranian people.