Britain should implement court ruling and remove restrictions against PMOI 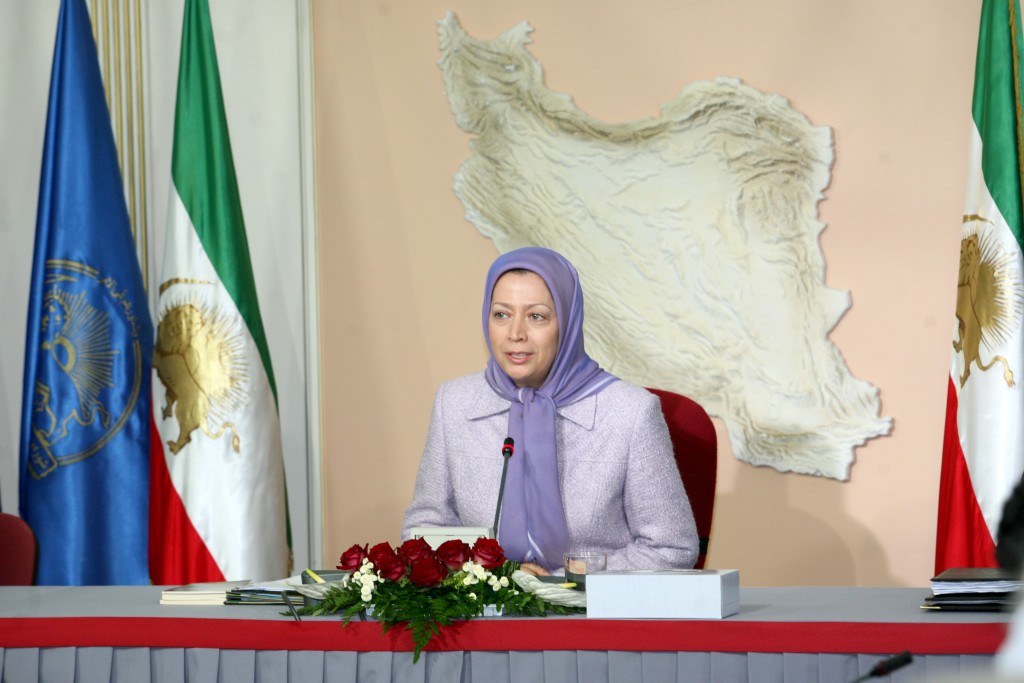 Following the ruling of an appeals court in Britain to remove People’s Mojahedin Organization of Iran (PMOI/MEK), Iran’s main opposition movement from a government list of proscribed terrorist organizations, Maryam Rajavi, welcomed the verdict and called on the government to implement the court’s decision immediately.

In her live message to a press conference in London by the British Parliamentary Committee for Iran Freedom, on November 30, 2007, she thanked the efforts by 35 British lawmakers who made this victory possible. Her full message follows:

Distinguished members of Parliament and jurists,

A few hours ago in London, the Court ruled that proscription of the People’s Mojahedin Organisation of Iran was flawed and must be set aside. The court ordered the Secretary of State to lay before Parliament the draft of an order, removing the PMOI from the list of proscribed organisation.

This ruling is a great victory for the Iranian people and freedom-loving people everywhere.

On behalf of the world community, it will send a message of firmness to the religious fascism ruling Iran. This ruling came nearly seven years after the proscription of the main Iranian opposition group in the UK.
Thirty-five distinguished parliamentarians filed the present appeal. They initiated this judicial process and must be congratulated. I thank Lord Slynn, Lord Corbett, Lord Russell Johnston, Lord Archer, Lord Waddington, Lord Fraser, Lord Clark, Roger Gale, Andrew Mackinlay, Brian Binley, and Baroness Harris. Let me pay homage to the memory of the late Lord Renton. He was also an appellant and I am certain that he is with us in this victory today, in spirit.

I also congratulate Nigel Pleming QC, Stephen Grosz, Ed Grieves, David Vaughan, Clair Miskin, Jeffry Bindman and their colleagues as well as all those involved and those who provided witness statements for this great victory.

This victory is indeed the victory of human values and recognition of the right to resist for freedom. The damaging consequences of PMOI’s proscription can only be compared with the 1953 coup d’êtat against the Nationalist government of Dr. Mohammad Mosadegh in Iran. The difference is that at that time an organised resistance movement which would have offered 120,000 martyrs to the cause of freedom did not exist.

This terror label denies the Iranian people’s right to achieve freedom and it is an attempt to destroy the resistance of a nation against the religious dictatorship.

This label led to bombing of PMOI camps in Iraq in 2003 and five years of restrictions on PMOI in Iraq and the brutal attack to the office of NCRI in Paris on June 17, 2003 by the French police. Because of the terror label, the Iranian regime had a freer rein to torture, execute as well as to export terrorism. During the past decade many children lost their parents or parents lost their beloved children.

Fortunately, by virtue of their courageous and historic initiative, the members of British Parliament did not allow the shame of this policy to be placed on the people of Britain. They stood alongside the Iranian people.

Allow me to refer briefly to a fraction of what was revealed during the hearing.

In his witness statement, a Foreign Office official admitted, “Iranian Ministers and officials have chosen to discuss the PMOI with their counterparts from the UK and other EU Member States on Countless occasions. The present Iranian regime puts a priority on tough legal and political measures against the PMOI.”

Regarding the PMOI proscription, the same official said, “….foreign policy considerations have played a part in decisions relating to the proscription of the PMOI… In 2001 the FCO provided the Home Office with ……..advice on the foreign policy benefits of proscribing the PMOI”. He also acknowledged that, the same recommendation was made in 2006.

We call for the disclosure of all behind-the-scenes negotiations with mullahs’ regime which led to the proscription of the PMOI.

The same Foreign Office official further stated that, relations with Iran was important, in order to encourage Iran to address international concerns in areas that affect the UK interests, including its support for terrorism….

This is paying ransom to terrorists not combating terrorism. He continues, “There was also a belief that reassuring Iran of our intention to apply the law against the PMOI would help foster the atmosphere of confidence that would be needed for a successful negotiation.”

This is bowing to the mullahs’ dictatorship not enforcing the law. This is making a mockery of the rule of law.

In response to the Iranian regime’s demand to deal with the PMOI in the course of the war in Iraq, the Foreign Office official said, “UK officials reassured their Iranian counterparts that we would take the problem of the PMOI in Iraq seriously.” And they took it very seriously indeed by bombing PMOI camps in Iraq repeatedly, on some nights, ninety to one hundred twenty times.

The UK government was aware of the PMOI’s neutrality in the war. Coordinates of all PMOI camps had been given to government ministers by a number of the Appellants. The relevant documents were revealed during the hearing. Yet, to curry favor with the mullahs, they bombed the PMOI. As noted by one of the judges, bombing those, stating their neutrality before hand, amounts to a war crime.

During the hearing it was also revealed that most of the confidential materials essentially benefited the PMOI’s case and undermined the terror label. Slanders and false testimony by agents of the Iranian regime’s Ministry of Intelligence make-up a substantial part of the closed material. This is the duty of the Resistance to inform the Iranian people with the details of this issue and reveal the names of the mullahs’ intelligence agents.

Strangely enough, even after the hearing ended, efforts to exert pressure on the panel continued.
In an unusual move, government lawyers warned POAC that in case of a ruling in favor of the PMOI, “There is the possibility of a strong reaction from the Iranian regime… It is also possible that it may lead to increasing restrictions on diplomatic premises and suspending cooperation with the UK…”

I believe the UK government owes an apology to the Iranian people and the PMOI.

I learnt that the Secretary of State has appealed. The Iranian Resistance is prepared, to once again, prove its righteousness. However, we ask the British government to immediately accept and implement the court ruling and remove all the restrictions on the PMOI which has been resulted from the proscription.

I believe after today’s ruling the European Union must annul, the unlawful terror label on the PMOI. The decision by the British Home Secretary formed the basis for the designation of the PMOI by the EU which was annulled by the Court of First Instance of the European Communities.

The UK government was the driving force behind the Council of the European Union’s refusal to implement the verdict.

The proscription of the PMOI was part of the failed policy of appeasement. Ending this policy is necessary for global peace and security. Western Governments should remember the experience of appeasing the Hitler’s fascism.

Under the pretext of opposing the war, the Iranian regime’s lobby is trying hard to prevent the adoption of a firm policy vis-à-vis the mullahs.

Hiding behind the slogan of peace to advocate appeasing the mullahs gives them greater opportunity to suppress and execute Iranians and to create crisis beyond Iran.

By way of experience, the policy which sought moderates promoted constructive or critical dialogue and offered incentives to the religious dictatorship ruling Iran will only provide it with more opportunity and reason to be more aggressive.

Decisiveness is the only way to deal with a regime which is pursuing the nuclear bomb seeking hegemony over, and filling the power vacuum, in Iraq, Afghanistan, Lebanon, Palestine, Yemen and Somalia, by relying on fundamentalism and the export of terrorism.

The fundamental solution to Iran’s crisis is neither foreign military intervention nor appeasement. The solution is democratic change by the Iranian people and Resistance. For this solution to work, all obstacles placed on the path of the Resistance must be removed.

European governments must recognize the Iranian Resistance and the undeniable rights of the Iranian people to overthrow the mullahs’ regime and to bring about democratic change in Iran.