Message to Parliamentary- Judicial Conference in Support of Camp Ashraf 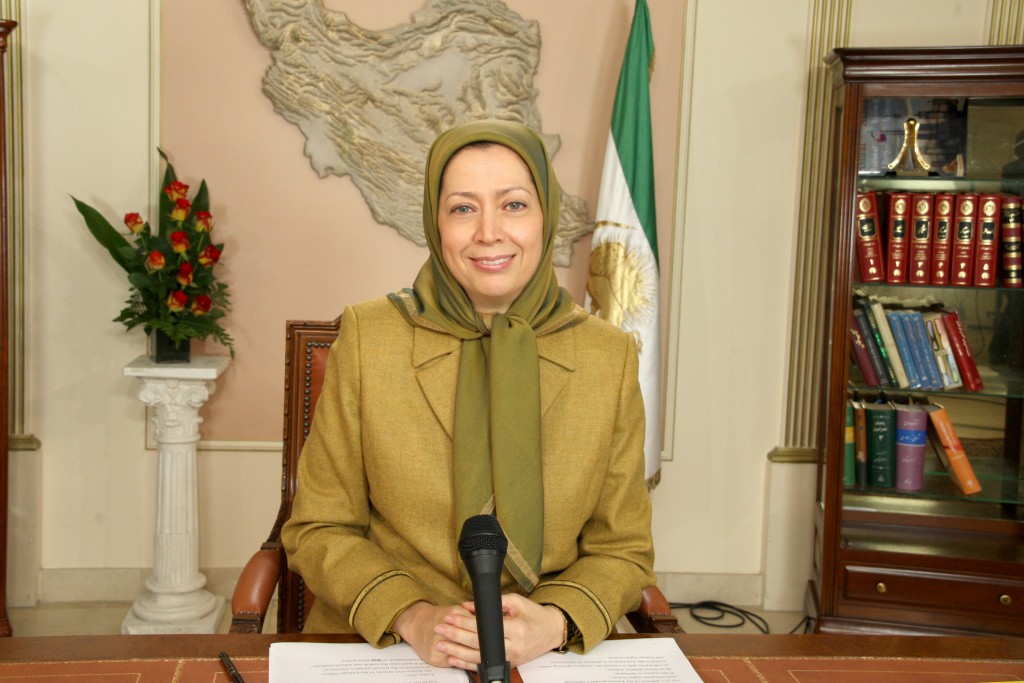 In a meeting at the British Parliament on the situation in Camp Ashraf, Mrs Maryam Rajavi sent a video message:

I would like to begin by thanking each and every one of you, elected representatives of the people of the United Kingdom, and other honorable guests, for the concern you have expressed over the Iran crisis and Ashraf.

I commend the British Parliamentary Committee for Iran Freedom, particularly its distinguished Chairman, Lord Corbett, for their efforts in defense of Camp Ashraf, which represent a golden page in the history of friendship between the people of the United Kingdom and Iran.

Three days ago, the Iranian people, in particular the students, protested in several major cities against the religious dictatorship ruling Iran.

The uprising that began last June, showed that the third option, democratic change by the Iranian people and resistance, is realistic and viable, and that your support for this option is vital.

The main slogan chanted by millions during this uprising is particularly important as it calls for the downfall of the regime of velayat faqih or religious dictatorship.

Despite harsh repression, the uprising has continued and Iran’s women and spirited youth, who came on to the streets, demanding freedom, will not rest until achieving their goal.

Khamenei failed to close the rift at the top of the regime’s hierarchy; indeed this rift has further widened in the past six months.

Khamenei’s authority has suffered a severe and irreparable blow.

None of the Grand Ayatollahs is willing to support him. Some have even issued fatwas, or religious decrees, calling for his dismissal as the Supreme Leader.

Finally, as it pertains to the regime and society at large, the status-quo will never return to what it was before the June uprising. The Iranian people and the Resistance will inevitably overthrow the regime.

This reality can be seen in every respect, including the nuclear file. The mullahs have pushed the nuclear talks with the P Five plus One to a standstill and now, faced with a major domestic crises, are moving full steam ahead to produce a nuclear arsenal.

As the uprising in Iran continues, the mullahs continue to plot against Camp Ashraf. They consider the uprising inside Iran and Ashraf as Two sides of the same coin.

The mullahs have stepped up their attacks on Ashraf because they know that The Iran has moved closer to inevitable change.

This plot was carried out in three phases:

First, during the sham elections, as Khamenei was preparing to eliminate the rival faction, he officially demanded that Iraqi President and Prime Minister carry out the bilateral agreement to expel the PMOI from Iraq as soon as possible.
Khamenei wanted to destroy Ashraf before any post-election turmoil in Iran.

The next phase came when Khamenei decided to brutally crack down on the uprising.

The first step was to target Ashraf.

The late July attack by Iraqi forces on Ashraf took place at the behest of Khamenei.

The third phase is the present situation.

The regime feels that the overthrow is coming. It is applying pressure to displace Ashraf residents to isolated deserts in southern Iraq.

The mullahs are horrified at the rising protests.

They insist on distancing Ashraf as far away from the border as possible in order to eliminate the dedicated women and men who act as inspiration to the Iranian people’s struggle for freedom.

The inhuman siege on Ashraf is the prelude to this plot. It includes a ban on entry to Ashraf by doctors, medicine and fuel.

These actions come despite the European Parliament resolution of 24 April 2009,
which underscored respect for Ashraf residents’ rights based on the Fourth Geneva Convention and warned the Iraqi government against expulsion or forcible displacement of the residents.

The United Nations High Commission for Refugees, International Committee of the Red Cross and UNAMI, have warned repeatedly against forcible displacement of Ashraf residents in violation of IHL.

Defending Ashraf and its residents is both a deeply humanitarian gesture and an expression of solidarity with the Iranian people’s uprising as well as human rights in Iran.

If the regime is defeated in its bid to destroy Ashraf, it cannot contain the people’s uprising. Ashraf is the front-line bastion in defending democracy and human rights in Iran.

Allow me to refer to another important issue here. It is no longer a secret that information complied by the United Kingdom on the Iranian Resistance and the UK’s justification for bombing PMOI camps in Iraq was completely misguided and based on the Iranian regime’s misinformation campaign.

Proceedings in Proscribed Organizations Appeal Commission (POAC) and in the English Court of Appeal confirmed this reality.

And today, the disgraceful position of the Foreign Office on the Iranian people’s resistance, in particular toward the PMOI and Ashraf residents, is the continuation of that same policy.

I believe that time has come for change. I also believe that you have abundant reason and means to urge the Foreign Office to change its position.

I call upon you and all who want to see democracy and freedom in Iran, to rise to help Ashraf.

The victory in the campaigns to remove the PMOI from the United Kingdom’s proscribed organizations list and the EU list attest to the power of your solidarity.

And now, your solidarity, friendship and sense of responsibility can defeat the Iranian regime’s evil schemes.